This morning there was little to no wind at the boat when I arrived, and it was light southeast at the Diamond Shoals Buoy with a little swell from the east southeast.  While this was not enough to bring many Sooty Shearwaters closer inshore, it was enough for the Leach's Storm-Petrels!  But I am getting ahead of myself...we reached the shelf break by 0730 since the seas were calm and running was smooth.  Not many birds were flying on our way there, but it was like a switch when we slowed - Black-capped Petrels and Audubon's Shearwaters were flying and we even saw a couple of Leach's.  A Pomarine Jaeger flew in to check us out, and then another large bird approached the boat on the horizon - South Polar Skua!!!  Before 8am! (photo Kate Sutherland) 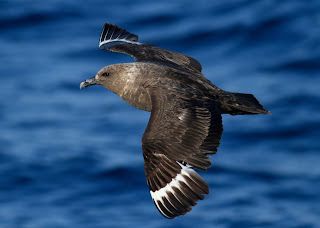 Not a bad start to the day.  The Leach's show continued and we had amazing views of these large erratic flyers for most of the day! (photos Peter Flood - top Leach's, below Band-rumped) 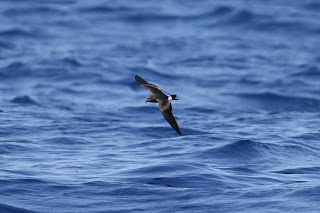 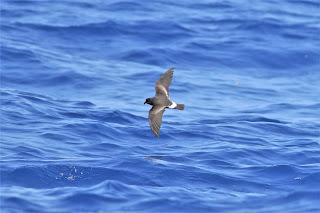 Band-rumped Storm-Petrels also have shown up and we had a few that flew very close by the stern for hours giving everyone a chance to study them and compare them to the Leach's, not something we can typically boast about on our trips, so it was a treat!  Just after 12:30 a dark bird zipped down the starboard side, coming in from the sun glare - Trindade Petrel!!  It flew directly away from us at the same high rate of speed disappearing as quickly as it appeared, right down our slick.  And it was gone.  While those who were in a good place were able to catch a glimpse of this bird, naked eye, and some captured photos, we all were hoping for more time to study it.  Lucky for us another appeared off of the port stern just before 2pm. (photo Brian Patteson) 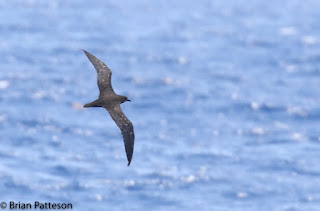 This bird also did not linger, but it flew right up the port side of the boat, and we all had the time we lacked with the earlier sighting!  Incredible.

Moving right along we have some different wind tomorrow, not to mention some different water will be here with the Gulf Stream, so we'll see what we can find to start the holiday weekend off with a bang!

Thanks to everyone who joined us today and thank you to our leaders: Seabird McKeon, Jeff Lemons, Peter Flood, and Andrew Dreelin.  Peter, Andrew, and Brian also helped out with photos for the blog.

A couple more images of the Trindade Petrels from Peter Flood - first individual on the top... 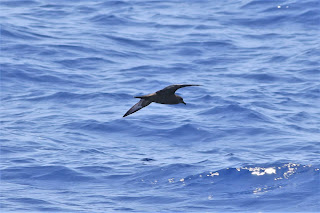 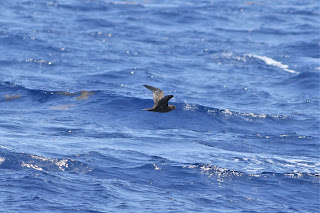 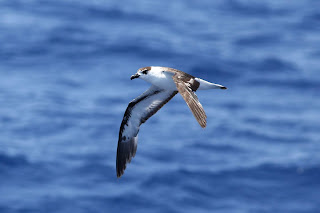 Black-cappeds generally do not like jaegers and skuas, here is one interacting with a Pom Jaeger from today (Peter Flood) 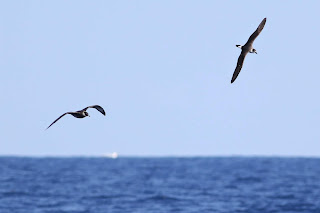 We had some typical Pomarine Jaegers today (photo by Andrew Dreelin) and then one nice dark morph that stayed with us for a bit this morning in nice light!  (photos by Kate Sutherland) 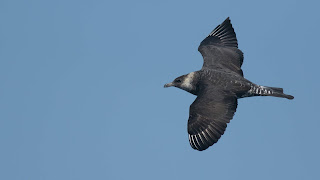 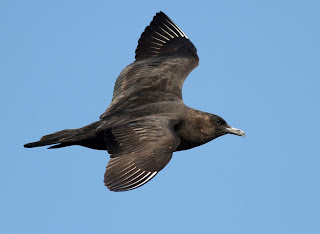 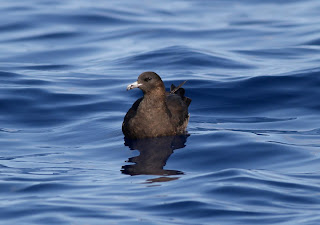 This dark bird only had one foot!  As you can see in this image by Andrew Dreelin 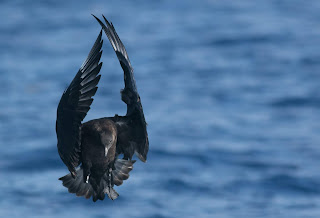 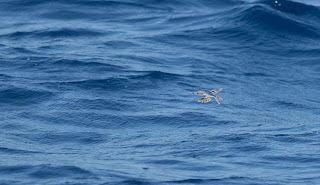