Clear, dark skies and a good southwest breeze greeted us when we got to the boat this morning to prepare for the first of eighteen consecutive days seabirding from Hatteras (weather permitting)!  We had close to a full boat to begin this Blitz and everyone was eager to see what we might turn up offshore...  The trip to the shelf break was uneventful with just a handful of shearwaters, then once we slowed, it took some time to get the Wilson's Storm-Petrels to gather in the slick, but by 0930 when we stopped to drift we had almost 50 Wilson's with us and had quick views of both Leach's and Band-rumped Storm-Petrels.  The Black-capped Petrels were not shy and we had some individuals fly in to check out the chum that were super close giving us spectacular views of our signature species here in the Gulf Stream! 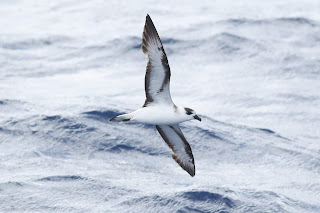 During this hour long drift we moved about four miles over the bottom with the current.  In addition to the Black-caps we had some nice looks at Cory's, Sooty, and Audubon's Shearwaters, though the Cory's were seen a bit better in the afternoon.  While we had a bit of a lull as usual approaching noontime, a large dark bird was spotted up ahead of the boat flying toward us right around that time - South Polar Skua! 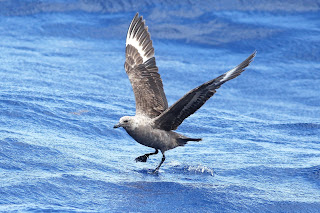 Not a bird we really expected to see today since we have not had any onshore wind to speak of lately, but a nice one.  This skua was soon joined by a Pomarine Jaeger and the two of them stayed with us, feeding for over an hour and a half despite the Black-capped Petrels’ obvious displeasure at their presence.  Needless to say, they were well photographed!  Right before we picked up to head back inshore we dipped some Sargassum to show to our participants and we were lucky to turn up a Sargassum Fish (Histrio histrio) 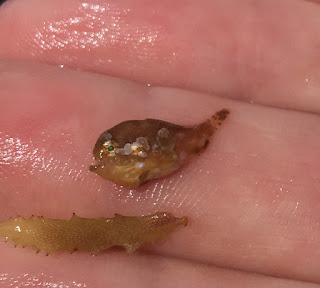 in addition to the usual suspects.  A nice way to end a day in the Gulf Stream...  Tomorrow the winds should be from the north east, then Friday should be light south east - so we are looking forward to seeing what else we can find!  We still have a number of species we can add to the Blitz list in the coming days...and weeks!

Thanks to everyone who joined us out there today and a big thank you to our leaders Seabird McKeon, Peter Flood, and Andrew Dreelin.  Peter Flood supplied the photos for todays post, except for the Sargassum Fish that was taken by Andrew Dreelin.  We still have space on many of the trips in the coming days, so just let us know if you want to join us!

A couple more images of Black-capped Petrels:
One dark faced looking bird that has not really begun molt yet 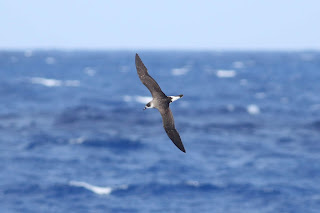 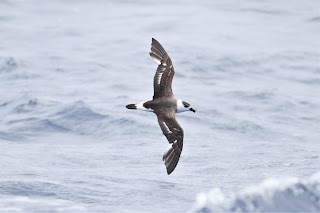 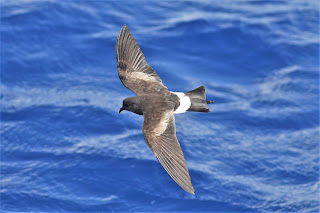 A quick photo of the Leach's Storm-Petrel!  This bird flew a few laps around the boat, so most everyone aboard had a nice look... 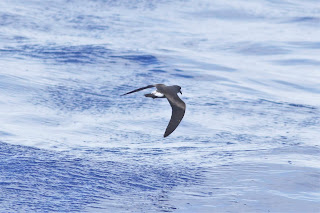 A couple more images of the South Polar Skua 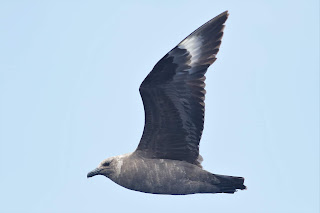 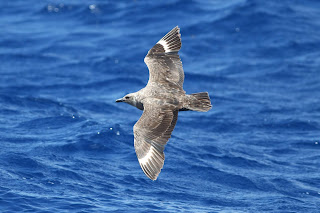 Posted by Kate Sutherland at 8:00 PM