Day 11 of the spring run saw us once more heading out into the deep blue waters of the Gulf Stream, today under partly cloudy skies with a freshening southwest breeze. Our transit out to the shelf break completed, we slowed down and started to chum. Almost the first bird to visit the chum slick was a cracking Fea’s Petrel that made several close passes for everyone to see well. 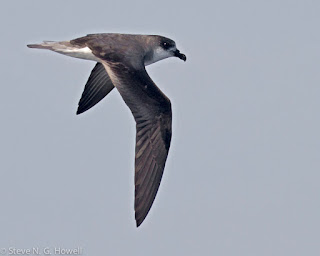 It was a rather small-billed bird, which, combined with harsh low-angle sun, challenged us a bit; review of images ruled out Zino’s Petrel—always worth checking though. However, the photos showed a very fresh bird, which on this date would indicate either a juvenile from the Cape Verde population, or a small-billed adult female from the Desertas population, just freshly completed molt?  There are still limitations to what we can know, even with decent images.  (Fea’s Petrel is often now split as Cape Verde Petrel and Desertas Petrel, not known to be distinguishable from each other in the field except for breeding season, and the related wing molt timing).  Wow, what a way to start the birding!

Then Black-capped Petrels started to show, coming and going throughout the day with nice views of both black-faced and white-faced types, likely comprising two cryptic species (photo by Ed Corey). 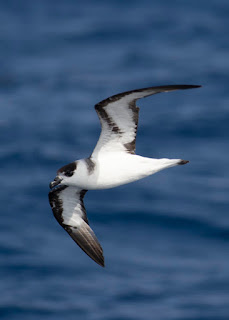 Wilson’s Storm-Petrels accreted slowly through the day in the chum slick and were joined from time to time by small numbers of Band-rumped Storm-Petrels; all Band-rumps seen well were in obvious wing molt and thus of the winter-breeding population (= cryptic species) known as Grant’s Storm-Petrel but as yet formally undescribed! 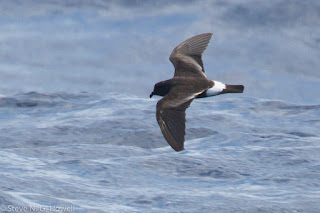 Seabird taxonomy remains in its infancy and, as E. O. Wilson noted in his book The Meaning of Human Existence, the glacial rate at which biodiversity is being classified is a disgrace of the biological sciences, one that hinders both study and conservation.

Large shearwaters were thinly spread today, but both Great and Cory’s were seen. More noteworthy, loose weedlines of golden Sargassum were plentiful, linked to which were good numbers of Audubon’s Shearwaters, providing excellent views and our highest count of the spring so far. 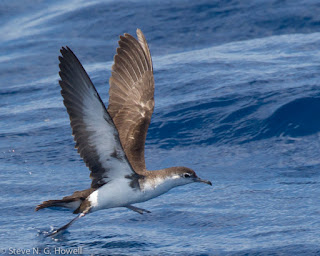 Rounding out the bird list was a fly-by skua, presumed South Polar but too far for positive identification. Given the choppy seas, we saw no marine mammals, but flyingfish put on a few nice displays. Just another great day offshore. And tomorrow…?

(Thanks to everyone who joined us out there today!  And thank you to Steve NG Howell & Ed Corey for helping us lead the trip and contributing to the blog post!!  -Kate)
Species List for June 2, 2018
Fea's Petrel  1
Black-capped Petrel  30
Cory's Shearwater  14
Great Shearwater  5
Audubon's Shearwater  76
Wilson's Storm-Petrel  58-63
Band-rumped Storm-Petrel  8-10
skua sp.  1 (likely South Polar, but never got very close!)
Laughing Gull  1
Portuguese Man of War  1 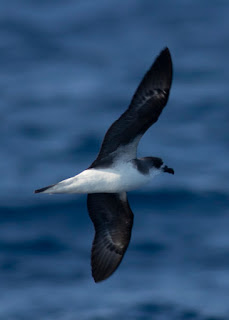 Black-capped Petrel - but which species? 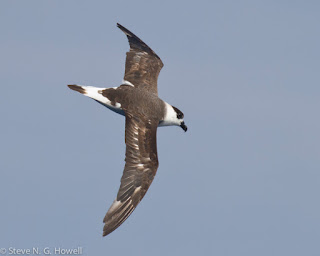 Black-capped Petrel - you can't put the toothpaste back in the tube! 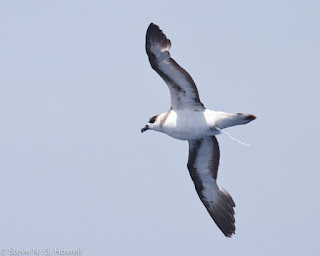 Some of the Audubon's Shearwaters that showed throughout the day 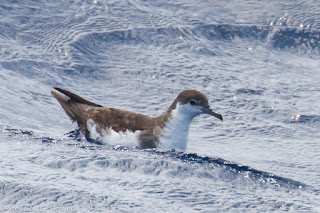 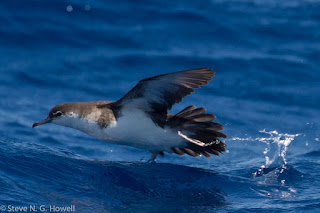 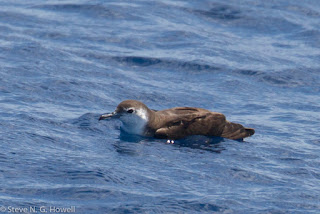 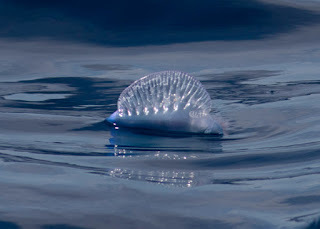 Posted by Kate Sutherland at 8:41 PM