What a difference a day makes. A fairly still and cloudless dawn under a half-moon greeted us as we headed out of Hatteras Inlet, Day 15 of the spring run. 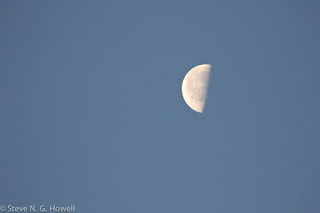 Low seas and a light breeze made for an easy commute out to the Gulf Stream, where today the water was blended and very different from recent days. The calm conditions and “new” water conspired to produce a hot day on gentle seas, under clear skies and an unrelenting sun. Birds were hard to come by with little breeze to blow the scent of our chum slick, but a steady trickle of Wilson’s Storm-Petrels joined us through the day. This fresh juvenile fledged down in Antarctica in March and flew over 5000 miles to find our chum! 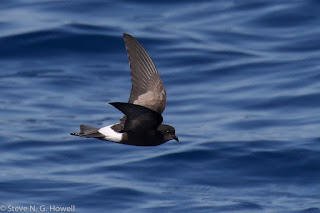 Most birds we found, however, were sitting on the water, which raises an interesting point rarely appreciated by birders on land. The westerly wind of recent days may have been from the west (not the ideal direction), but at least it was wind, which for seabirds can be considered a habitat. Thus, in addition to tracking moving water masses and their associated food, many species of petrels and albatrosses also track moving wind systems, very different from the rather stationary habitats we are familiar with on land, such as fields and forests. The commonest bird species seen today was Audubon’s Shearwater, with small groups scattered on the water, often associated with the numerous Sargassum patches and at times sitting with the appreciably larger Great Shearwater, as here. 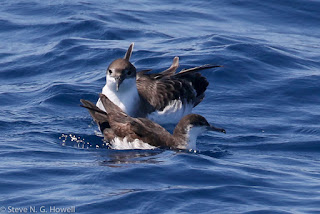 The Sargassum patches held a good diversity of flyingfish, including many juveniles aka Sargassum Midgets. 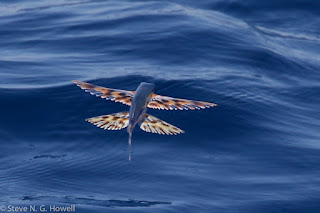 One of the day’s highlights came shortly after noon when a Leatherback Turtle was spotted. The animal stayed up long enough to appreciate the pink crown patch, which has been determined to represent a “third eye”—a light sensitive window to the brain that may help the animals with “time management,” as in determining day length and when to migrate! Who knew. 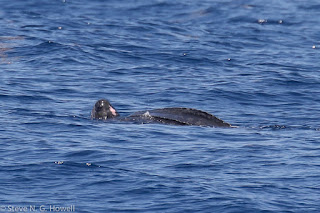 Despite relatively slow birding, by the end of the day we had seen both white-faced and black-faced Black-capped Petrels, both Cory’s and Scopoli’s Shearwaters (see post from two days ago), and many Audubon’s Shearwaters, although today Band-rumped Storm-Petrels were notably absent. But as somebody once said, “today is typical of today.” And tomorrow? Who knows, but we’ll be out there to see...

(Thanks as usual to our participants!  Also thank you to our leaders Steve NG Howell, Nate Dias, Sage Church, and Liam Waters)

A couple of the Black-capped Petrels that passed close by, both black-faced types. 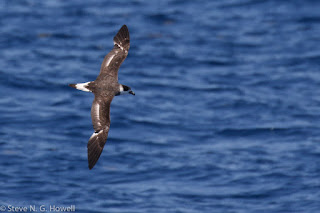 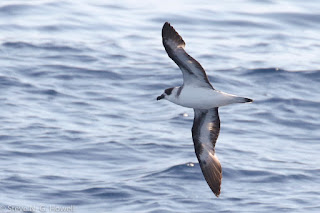 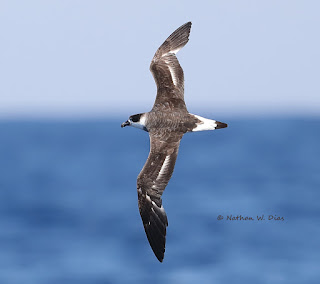 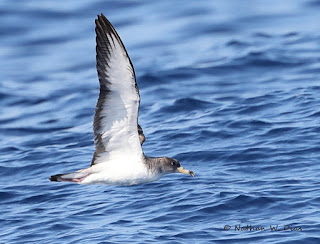 A couple of today’s Great Shearwaters... 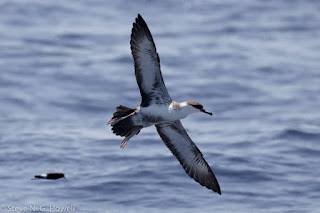 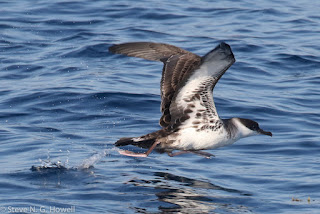 And some Audubon’s Shearwaters 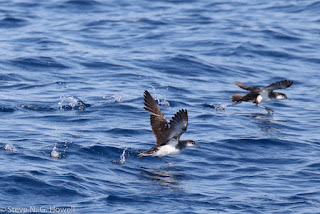 A selection of flyingfish from the day...
Atlantic Patchwing 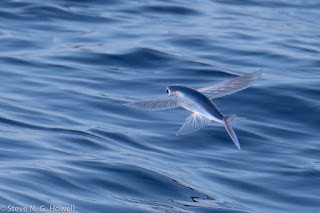 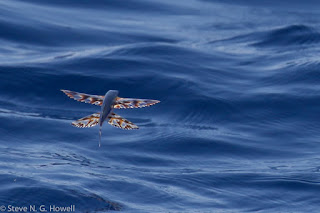 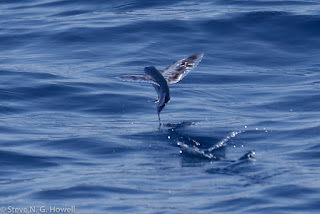 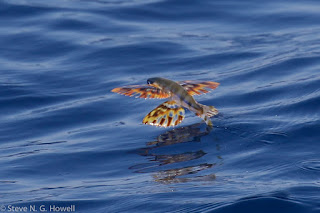