We’ve had an extended period of southerly winds over the last couple of weeks, but that doesn’t mean every day is the same. This morning we had more clouds and a choppier ocean than yesterday morning.  The wind had been more from the south last night than it had been during the day, but it was coming more to the west- southwest around dawn. There was a good flight of shearwaters in about 100 feet of water on our way out, but that’s well inshore of the shelf break so we didn’t slow down for it.  Yesterday the current was screaming out in the deep, such that I had to keep quartering into it, so as not to get to far north. Today I decided to run 10 miles farther south to compensate for that. We still got to the shelf break by 0800 and by 0830 we were seeing Black-capped Petrels (photo Peter Flood) and the slick was pulling in a variety of species. 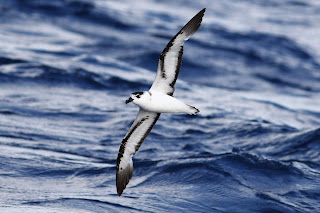 It was pretty good action in the slick and nice light on the birds. A first summer Long-tailed Jaeger came in and joined the party and around 0930, longtime participant Frank Hawkins spotted a Fea’s Petrel. The Fea’s stayed around for a few minutes and gave us excellent views and photo ops (photo Steve NG Howell). 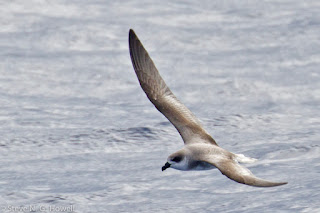 It was the first of the season and a lifer for many aboard. We found the Fea’s in about 200 fathoms. Interestingly, the current was not as swift as it had been yesterday. There was a bit of activity offshore so we wandered out to about 600 fathoms. Black-caps continued and we had good looks at several Band-rumped Storm-Petrels. By midday the sea conditions were better for humans, but the birding was slow. I worked inshore a bit and by 1400 the wind had picked up and the birds started to bite on the slick a bit better. Coming inshore of 300 fathoms, Frank picked another red letter bird. This time it was a European Storm-Petrel (photo Peter Flood). 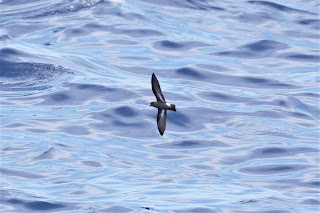 It was a bit of a struggle to see at first because it wandered around a bit, but Kate put out some more chum we soon had it fairly close to the boat. We ended up watching it for nearly half an hour and headed in a little late with a boat full of happy people. This was the first Euro of the year for us. Last year we saw one in May and the previous year we saw one each in June and July. All but one of the at sea records for the Western North Atlantic are from our trips off Cape Hatteras and most have been in late May and early June, when we run the most trips. We’ve still got eight more trips to run in as many days and I hope we can find another. I would like to thank everyone who came with us today and our crew, Kate Sutherland, Steve Howell, Peter Flood, and Ed Corey. 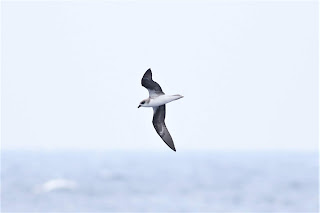 One of the Great Shearwaters that followed us for a bit today, this is a fresh, young individual (Peter Flood) 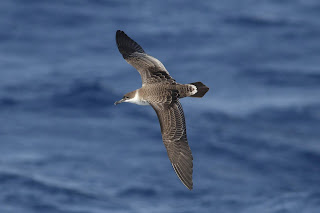 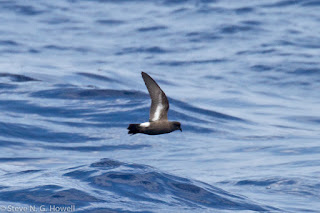 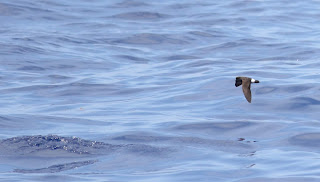 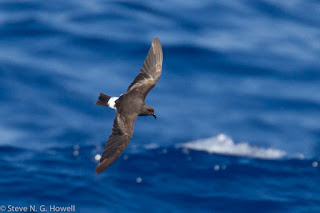 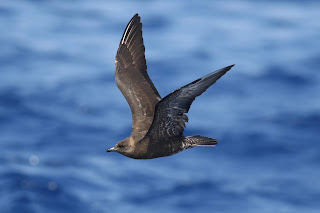 Posted by Kate Sutherland at 9:26 PM