It seems that we’ve had more northeasterly wind than usual this month, and today was no exception. The forecast for offshore waters was at 10 to 20 knots, but the actual conditions were a solid 20 knots of wind. It’s nothing we haven’t dealt with many times before, so we took our time and started a bit inshore of where we ran to yesterday. There was a good showing of birds on the shelf, but we didn’t find our Black-capped Petrels until we got out past 100 fathoms- over 25 miles out. 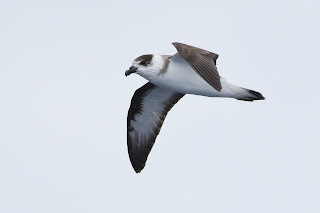 Shearwaters were more numerous than they had been yesterday, and we got good looks at five species! We also had a few Pomarine Jaegers working the shearwaters over from time to time. I was a bit worried that we weren’t going to see a skua today, but the inshore tack produced a nice South Polar Skua. 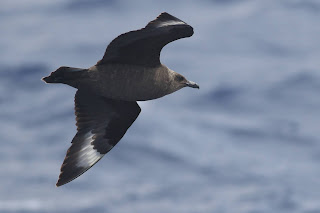 We also had better looks at Leach’s Storm-Petrel than what we managed yesterday, and a couple of these were in the shelf waters! Overall it was an excellent day with birds pretty much from start to finish.  It was a salty ride, but the beauty of Hatteras is that we can make it out and see these birds in less than ideal conditions (for humans- perfect for seabirds) because the deep water and the Gulf Stream is so close. Tomorrow looks like it should be a bit easier for humans, but will it be as good for birds? I would like to thank everyone for coming out today, and our deck crew Kate Sutherland and Jacob Farmer for helping me run a tight ship.
*all photos today by Kate Sutherland
Species List for May 21, 2021
Black-capped Petrel - 14 to 16
Cory's Shearwater (Atlantic) - 130 to 140
Cory's type Shearwater - 40
Great Shearwater - 17 to 20
Sooty Shearwater - 58 to 68
Manx Shearwater - 7
Audubon's Shearwater - 6
Wilson's Storm-Petrel - 285-335
Leach's Storm-Petrel - 4
Red-necked Phalarope - 3
South Polar Skua - 1
Pomarine Jaeger - 8
Long-tailed Jaeger - 1
Arctic Tern - 8
Common Tern - 1
Common/Arctic Tern - 14
Bottlenose Dolphin (offshore population) - 5 to 6
Hammerhead shark (likely Scalloped) - 1
A nice sea composition with a Black-capped Petrel 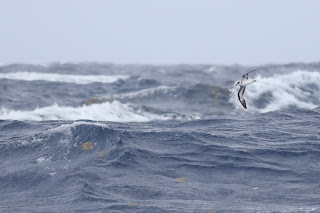 Atlantic Cory's Shearwater - we didn't find any Scopoli's out there today 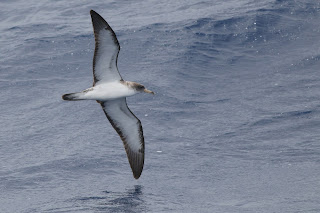 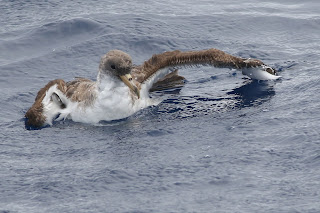 Wilson's Storm-Petrel showing the yellow webbing on their feet! 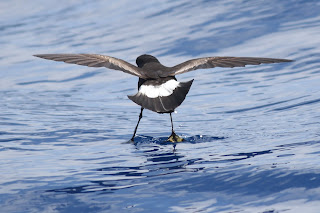 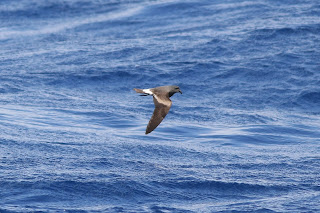 One of the Cory's / Pomarine chases we saw today! 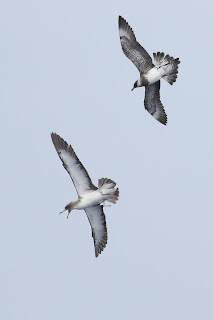 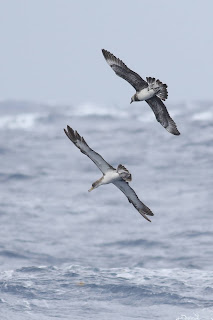 Our young Pomarine Jaeger on the water 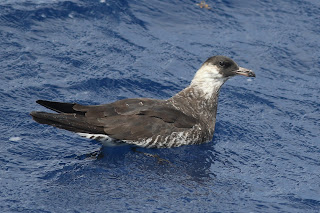 Posted by Kate Sutherland at 9:19 PM