Not as much wind today, light from the north as we headed offshore, Brian and I were hoping there'd be something to see out there...not an issue!  We were busy on the shelf with a gorgeous Long-tailed Jaeger, a number of Manx Shearwaters, and our first South Polar Skua of the day.  We reached the shelf break and birds were a little slow to pick up the slick, but when they did - we had them!!  Up to six Pomarine Jaegers, four Long-tailed Jaegers, and three South Polar Skuas behind us with Great and Sooty Shearwaters, occasional Cory's, Manx and Audubon's making appearances, and at least 170 Wilson's Storm-Petrels at the peak - certainly some life offshore today.
We found a current edge in 3-400 fathoms in 77 degree water that we were following around 1000, it was running NE / SW and on the offshore side there was about 3 knots of current.  We were joking that this was the pipeline bringing us all the jaegers and skuas!  I was on the top deck and we were working to the west with the sun on the stern when I saw a different looking shearwater, but it was in the glare.  I called it down to Brian and then a skua came in, chasing it down the slick!  Fortunately he was able to circle back and the bird came sailing by the port side, and as my mind was still flipping through the index cards of seabird images up there...Brian yelled out "WEDGE-TAILED SHEARWATER!!!!" (photos Brian Patteson) 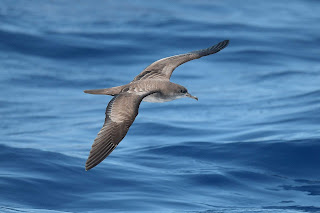 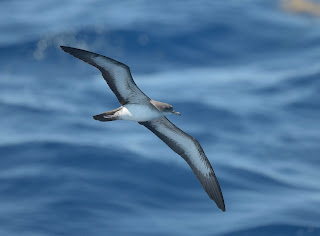 And just like that, before I could get there, the image was added to my in-person collection!  I have never seen a Wedge-tailed, but do have Bob Flood's shearwater guide so have watched some videos and  imagined the possibility!  Since the bird stayed with us for almost ten minutes, everyone had incredible, point blank views of the mega for the Atlantic and thousands of images were captured.
Since today is only day three of the Blitz, this is short...but I might revisit it later in the year!  Thanks so much to everyone who joined us today, and to all of those who gave us some really great seabird karma ;) Thank you to Ed Corey and Jacob Farmer who helped Brian and I lead the trip.
*and thank you to Ned Brinkley, who was certainly there with us today!!!!!  This one's for you, Ned!
Species List for May 22, 2021
**Wedge-tailed Shearwater** - 1
Black-capped Petrel - 7
Cory's Shearwater (Atlantic) - 32
Great Shearwater - 9
Sooty Shearwater - 79
Manx Shearwater - 13
Audubon's Shearwater - 23
Wilson's Storm-Petrel - 250 to 300
Red-necked Phalarope - 16
South Polar Skua - 4 to 5
Pomarine Jaeger - 9
Long-tailed Jaeger - 5
Arctic Tern - 2
Bottlenose Dolphin (offshore population) - 20+
Portuguese Man of War - 1
Wedge-tailed Shearwater - Kate Sutherland 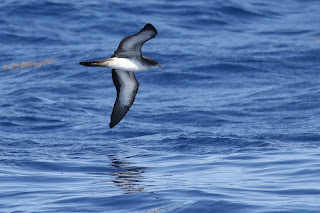 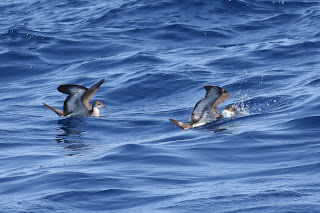 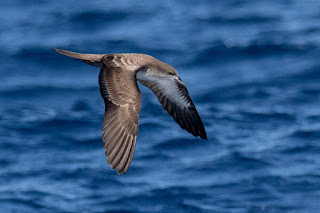 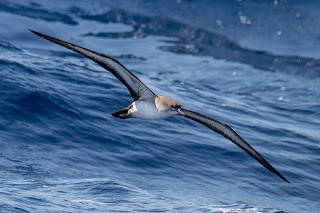 South Polar Skua - in flight by Ed Corey, on the water with Sooties and Wilson's by Kate Sutherland 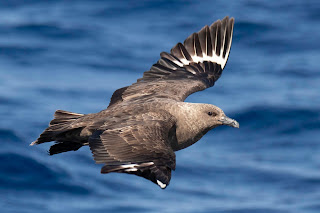 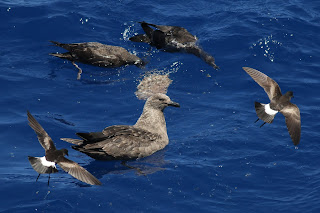 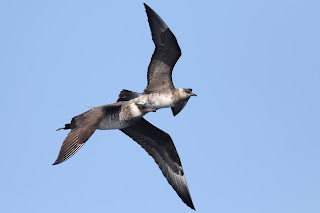 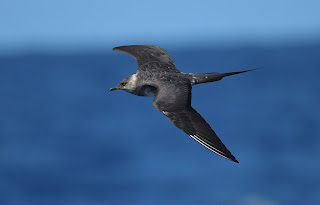 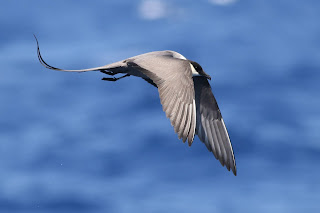