There was some wind overnight, and then some in a squall line that moved through early this morning - this made for some choppy conditions running offshore this morning.  It took us awhile to reach the shelf break, but once we were there we found a gorgeous color change just offshore.  This break had a nice blue green color change edged in sargassum. 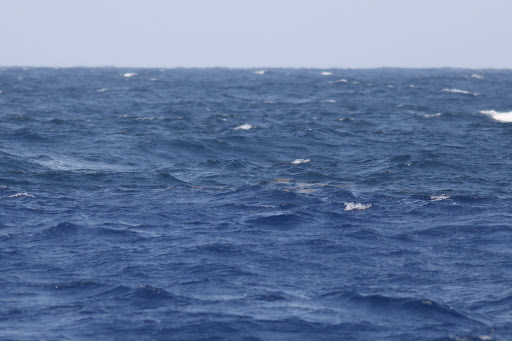 The warmer, blue water had some Gulf Stream current while the cooler, green water had less.  The temperature change was almost 3 degrees Fahrenheit.  There were Black-capped Petrels, Cory's, and Audubon's Shearwaters all working this break and a few Wilson's Storm-Petrels as well, though we could have brought some of them with us in our slick!  Our first Bridled Tern of the Blitz (and the spring!) was on this break and while it was flying ahead of us at first, it finally settled down on a piece of flotsam so we could all have a great view! 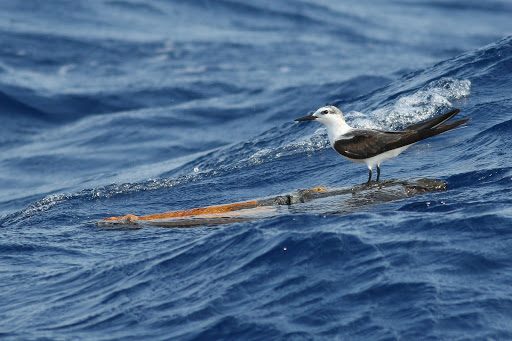 After about an hour with this awesome feature, we continued offshore.
Black-capped Petrels were super cooperative and we had more than we've seen on the past couple of trips.  Cory's, Sooties, and Audubon's Shearwaters all showed well and made some nice passes in good light!  A little before 1100 George and I were in the stern and he spotted a Trindade Petrel rocketing across the slick!  It was on a mission and did not come any closer to the Stormy Petrel II, a number of participants did catch a glimpse of this much sought after gadfly petrel.  A little after 1100 Andrew spotted a skua heading toward the boat - it came in close enough to see it was a South Polar - and then it flew directly away.  Not nearly as cooperative as our three yesterday!  Leach's Storm-Petrels were cooperative for us while Band-rumpeds were not, and we had close and excellent views of these large stormies as they flew around the boat and fed at point blank range for us. 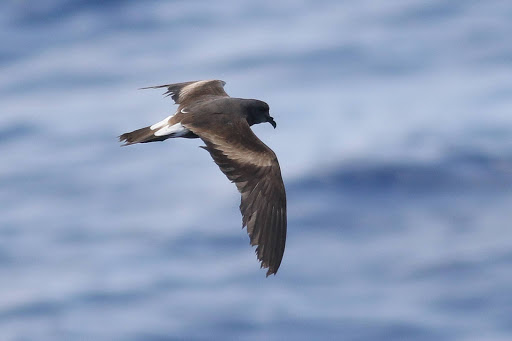 Thanks to everyone who joined us out there today and thanks to the SBC who joined us for four trips this spring, you'll have to try again for the White-tailed Tropicbird and Cahow!  We look forward to having you back!  Thank you also to George Armistead and Andrew Rapp for helping Brian and I lead the trip today.
*all photos today are by myself, Kate
Species List for May 27, 2021
Trindade Petrel - 1
Black-capped Petrel - 33 to 35
Cory's Shearwater - 36 to 37
Cory's / Scopoli's Shearwater - 3
Great Shearwater - 2
Sooty Shearwater - 13 to 15
Audubon's Shearwater - 19 to 20
Wilson's Storm-Petrel - 150 to 180
Leach's Storm-Petrel - 3 to 4
Band-rumped Storm-Petrel - 2
Bridled Tern - 3
Bridled / Sooty Tern - 1
Common Tern - 2
Arctic Tern - 1
Common / Arctic Tern - 2
South Polar Skua - 1
jaeger / skua - 1
Barn Swallow - 1
Bottlenose Dolphin (Offshore population) - 12
Dolphin sp - likely Atlantic Spotted Dolphin - 5
Leatherback Turtle - 1
Loggerhead Turtle - 1
Portuguese Man of War - 2
A couple of Black-capped Petrels - a light form bird above and a dark form below just beginning primary molt 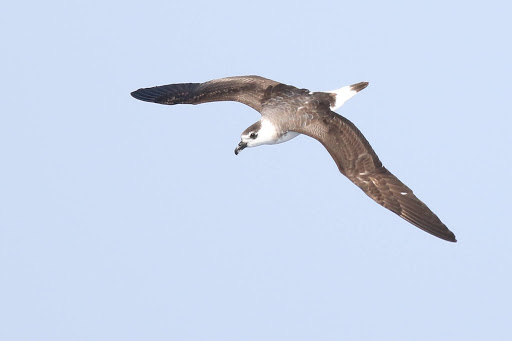 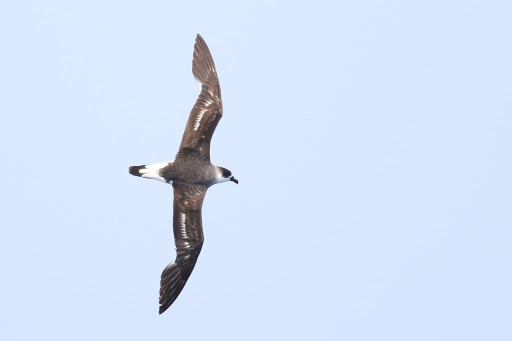 Cory's Shearwater head on!  We didn't see any Scopoli's today. 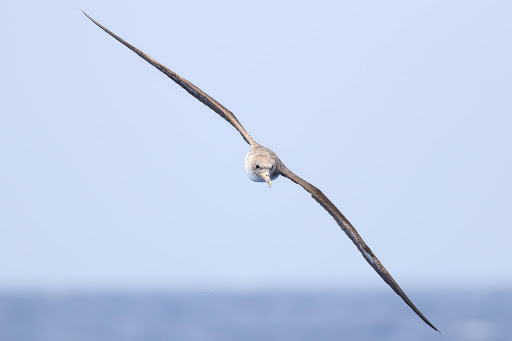 A cool view of a Leach's Storm-Petrel (R) zipping in to the chum with a Wilson's flying by on the left. 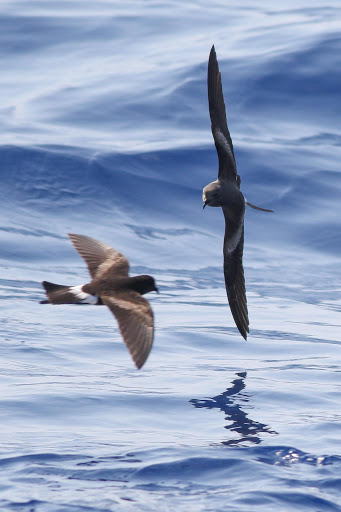 Posted by Kate Sutherland at 8:57 PM