Our typical wind here in Hatteras is southwest, and today we got to have our first day with a good, stiff southwest breeze since we began the Blitz.  It was an interesting day out there in the blue water, it took a little while to gather some birds in the slick but Black-capped Petrels (George Armistead) 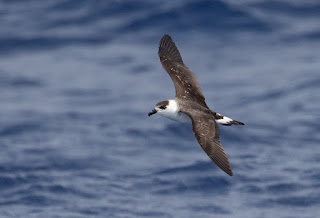 and Wilson's Storm-Petrels were very cooperative and we had a nice, steady stream of Cory's and Cory's type Shearwaters throughout the day.  In spite of choppy conditions we had at least three Gervais' Beaked Whales surface near the boat during the 1000 period!  While I didn't lay eyes on them myself, they were seen at least three times!  Scopoli's have only been seen a handful of times so far this spring and we had nice views of at least one today. (Kate Sutherland) 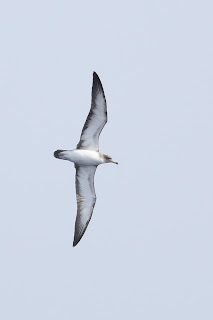 Otherwise we mostly had Cory's Shearwaters, the Atlantic breeders, and at least one Great Shearwater visited the slick in the afternoon.
A highlight of the day for many was a gorgeous first summer Arctic Tern that came in to feed in the slick for almost two hours! (George Armistead) 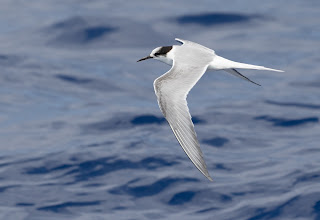 Following that leader Ed Corey spotted two skuas heading toward the boat from the sun glare...these two South Polar Skuas came right to us, harassing our followers and making some awesome circuits around the boat!  A third joined us about 30 minutes later.  In the midst of all of this, perhaps between the Arctic Tern and the skuas, we had an adult Long-tailed Jaeger fly right down the side of the boat. (George Armistead) 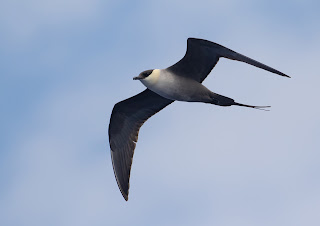 Certainly a treat to see all of these birds so well.  Leach's Storm-Petrels were also cooperative today sticking with us in the slick and feeding right next to the boat on the chum a few times when we turned back to check the stormies.
Overall another great day offshore!  Thanks to everyone who joined us and a big thank you to our leaders, George Armistead, Ed Corey - who just finished five days with us! - and Andrew Rapp.
Species List for May 26, 2021
Black-capped Petrel - 22 to 23
Cory's Shearwater - 75
Scopoli's Shearwater - 1
Cory's / Scopoli's Shearwater - 9
Great Shearwater - 1 to 2
Sooty Shearwater - 13
Audubon's Shearwater - 3
Wilson's Storm-Petrel - 220 to 250
Leach's Storm-Petrel - 4 to 5
Band-rumped Storm-Petrel - 2
Red-necked Phalarope - 5
South Polar Skua - 3
Pomarine Jaeger - 3
Long-tailed Jaeger - 1 adult
jaeger sp - 4
Arctic Tern - 10
Common Tern - 4
Common / Arctic Tern - 4
Gervais' Beaked Whale - 3
A couple more Black-capped perspectives (Kate Sutherland) 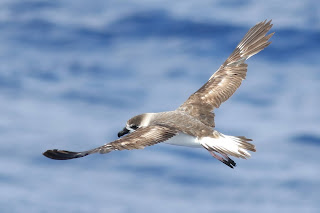 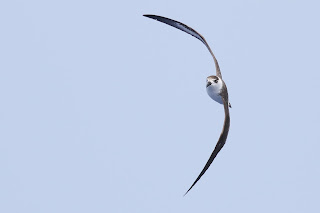 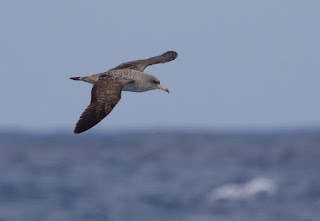 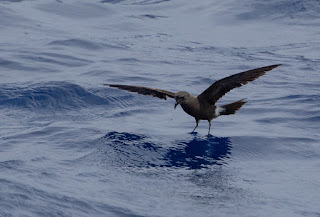 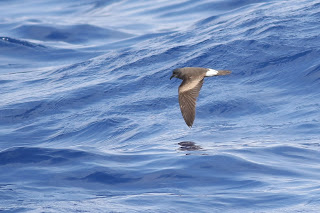 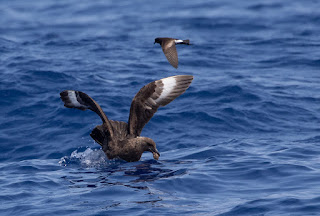 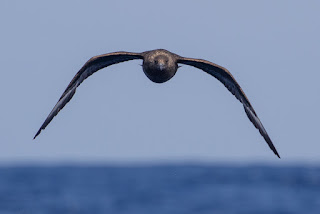