Two very different days offshore with one weather day in between began our Spring 2021 Seabirding trips.  Friday we had a low ceiling with some rain showers while Sunday was quite sunny with a swiftly moving Gulf Stream current - Saturday the winds were too much for us to get offshore.  It was nice to get back out there and as we had hoped, the Black-capped Petrels were found in good numbers!  Friday was incredible with up to 40 birds around us at one time moving in to feed on the chum, zipping around chasing Wilson's Storm-Petrels and harassing the two Pomarine Jaegers that decided to follow us for the afternoon.  Sunday morning we were lucky to have a Fea's Petrel (photo Peter Flood) visit the slick, albeit briefly! 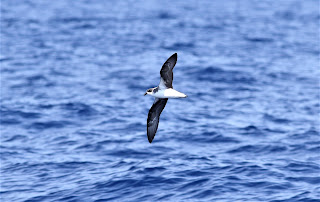 At least it made a nice pass and just about everyone aboard saw it well.  Shearwaters were in short supply over the long weekend, but we did see Audubon's, Sooty, and Atlantic Cory's on both trips.  Wilson's Storm-Petrels were around both days but especially enjoyed the chum in the northeasterly winds on Friday.  We saw Red-necked Phalaropes also on both trips, but Sunday was much better for getting nice looks at these gorgeous little shorebirds and we passed a small flock with five Red Phalaropes on the way in that day.  In addition to the Pomarine Jaegers we had following us on Friday we also had a gorgeous dark morph Parasitic Jaeger show well in the slick, it stayed with us for a time as well.
Black-capped Petrels  were certainly the stars of the weekend!  These petrels seem to despise a jaeger or skua and will chase them when they are in the vicinity.  We had a lot of interactions on Friday with as many as six Black-cappeds chasing a Pom at once.  They would gather up behind the Pom and then close in, swooping closely ahead again and again (photos Peter Flood & Kate Sutherland). 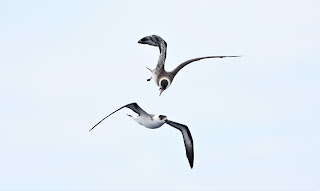 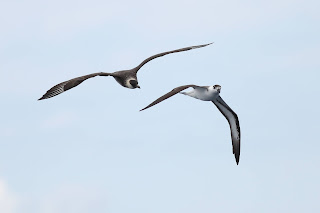 On Sunday we saw them gain altitude before swooping down missing the Pom by just a hair.  This behavior is different from what we see when they are squabbling about food, zipping after a shearwater or storm-petrel with a piece of chum or chasing one another.  We found a freshly dead Black-capped Petrel being eaten by a pair of South Polar Skuas some years back and regularly see shearwaters being harassed by these larger birds, so our assumption is that the behavior we see is mobbing.
Both morphs of Black-capped Petrel were found on these trips though most of the individuals we encountered were intermediate between the two.  Light form, or light morph, birds tend to be larger than the dark birds and have less black in their plumage.  As you can see in the photo below this bird has a small, black cap with some white showing above the eye, a narrow dark bar on the underwing, and white median and greater secondary coverts. 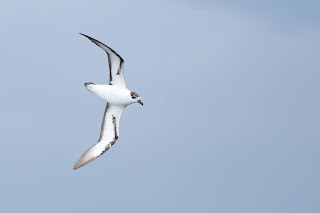 You can also see there is a chest spur, but on these light birds it is thin and very reduced.  When looking at the dorsal surface of these birds you can see they have a white nape.  The trend is that these lighter Black-cappeds molt a bit earlier than the darker individuals and that we tend to see more of them in the spring, though I personally have not done a photo study.
The dark form, or morph, is darker (of course) and smaller than the light morph.  They have a dark face as opposed to just a cap and this runs into a smudgy nape.  The underwings have a thick dark bar and they can have varying degrees of black on their median and greater secondary coverts.  The chest spur is usually a broad smudge. 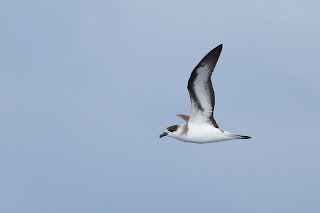 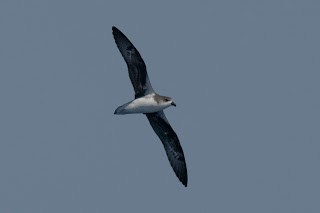 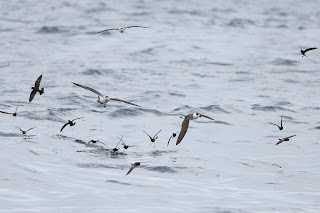 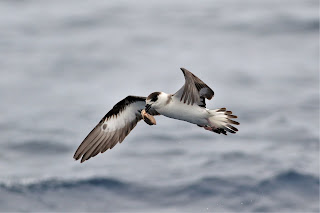 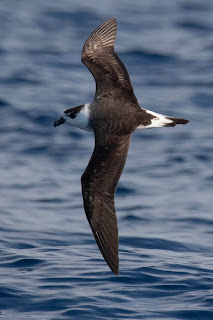 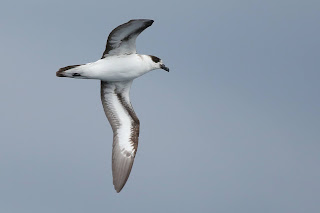 The Wilson's were so obliging feeding on the chum on Friday's trip! (Kate Sutherland) 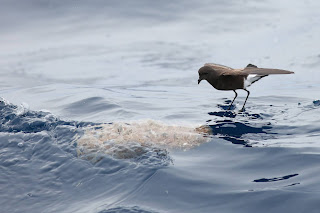 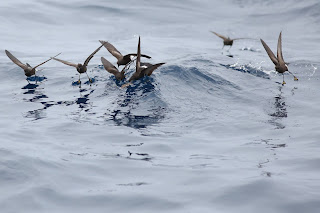 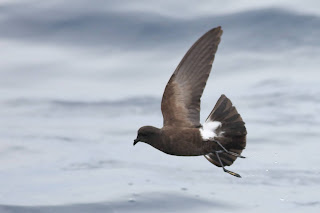 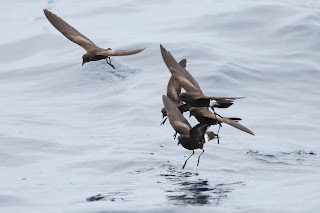 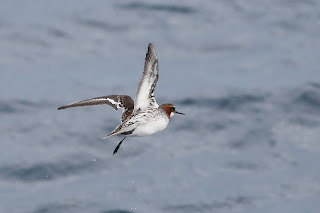 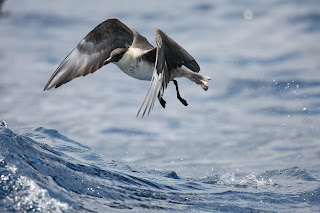 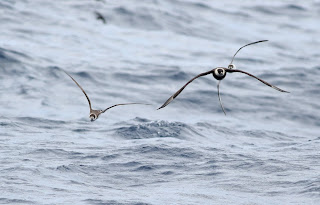 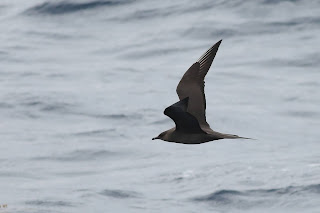 Common Terns were very attentive in the slick (Ed Corey) 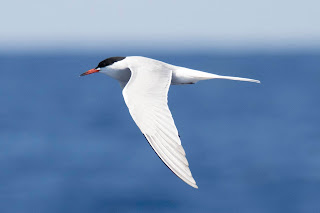 And one even looked to have a filefish! (Kate Sutherland) 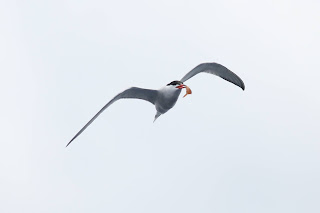 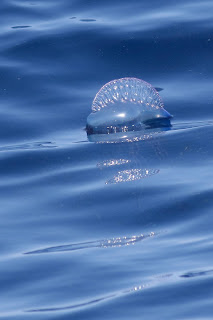