After a couple of days ashore and a couple of days of fishing charters, we were back out to sea with a birding trip today on the Stormy Petrel II.  Winds were westerly at the dock, but by the time we reached our destination in the Gulf Stream we had northerly winds in excess of 20 knots. Fortunately the current was not running too hard and although the seas were a bit confused they were not steep. We had a load of juvenile Loggerhead Sea Turtles aboard from the Lohmann Lab at UNC, so our first order of business was to release them back into the wild (photo of Sage Church with one of the Lohmann's Loggerheads!). 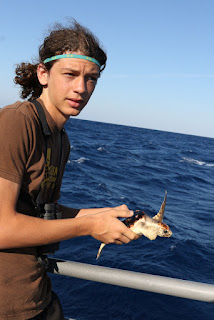 We cut them loose in about 1000 feet of water and then started chumming and working farther out to sea.  There were a few shearwaters cruising around and it did not take very long to attract a few storm-petrels. Not all of the birds were keeping pace with the boat, however, so around 0908 I decided to turn back and survey the slick.  About this same time, Kate noticed a European Storm-Petrel in the slick, so we put out a little more chum and pulled up into the wind. Fortunately it did not take long for the Euro to fall in line with the Wilson’s and we had the bird at point blank range in excellent light (photo by Brian Patteson). 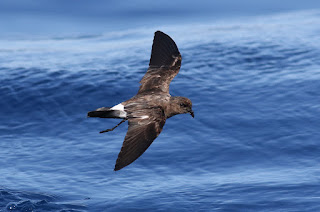 I’ve seen several of these birds here off Cape Hatteras since 2005, but this was the best we have ever had it. The bird was very close to the boat for long periods and ultimately stayed around for most of the day- at least four hours! It seemed odd to be waiting for a good look at Black-capped Petrel – which we did get, but Black-caps were scarce today. Probably many of them chased the last tropical storm out to sea, and it will take time for the numbers to build back up here. We ventured well offshore hoping for some new tubenoses, but all we came up with was a couple of jaegers. The Long-tailed put in a quite a show sparring with a Black-capped Petrel a few times (photo by Kate Sutherland), 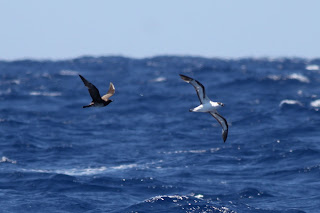 and we had a nice comparison of Long-tailed and Parasitic when they arrived at the slick. A Leach’s Storm-Petrel also put in a brief appearance in the early afternoon, but the inshore tack was a bit slow, possibly because we had to tack into the wind a bit. Once we were in the lee of Diamond Shoals the ride got much better and we made good time back to the inlet. The wind has fallen out since then and I am hoping for smooth seas tomorrow morning for the ride out at least. Thanks to Kate Sutherland, Jeff Lemons, and Chloe Walker for leading the trip today.

And we must post some more photos of the Euro...!!  Top photo by Kate Sutherland, all of the others are by Brian Patteson (yes, he came out of the wheelhouse to photograph this bird!!!). 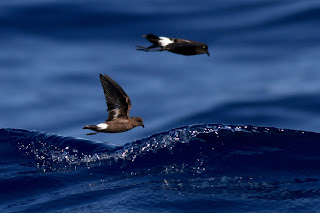 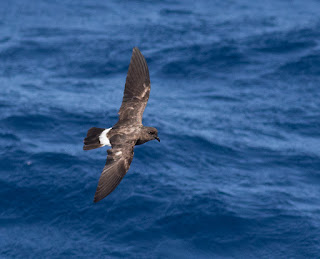 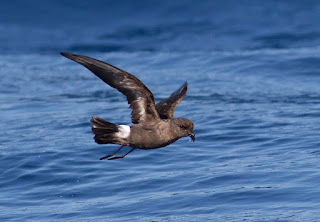 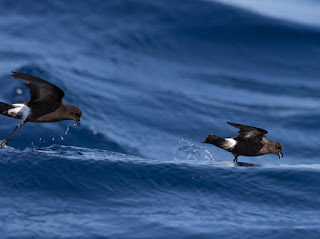 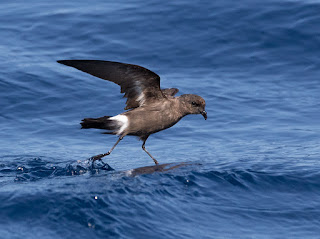 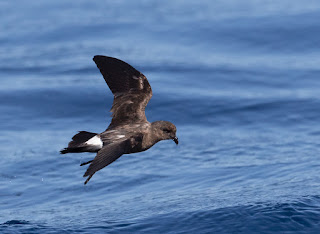 And everyone else seems so routine after that...!  Great Shearwaters are here and we had up to 12 at once feeding and diving in the slick today!  (photo by Kate Sutherland) 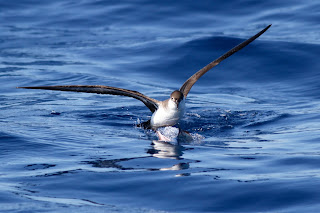 A shot of the very cooperative Long-tailed Jaeger (Kate Sutherland) 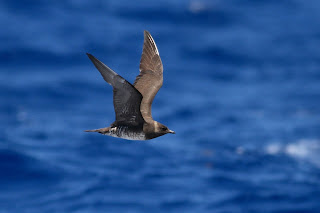 We were lucky enough to see an adult Loggerhead while we were out there today!  (Kate Sutherland) 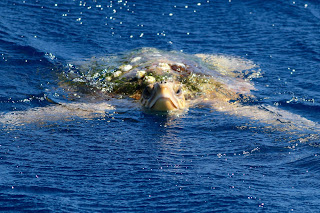 Posted by Kate Sutherland at 10:33 PM