Friday June 3, 2016 Gone With the Wind by Brian Patteson

It was a beautiful ride out this morning with following seas and light winds following the passage of a cold front yesterday (photo by Doug Gochfeld).

Along with the departure of Tropical Depression Bonnie , we saw the departure of a lot of seabirds. We saw most of the same species as yesterday, but numbers were way down. I suspect that many of the birds we have been seeing in recent days went out to the east along with the storm.  We ventured 40 miles out, which is father than we have been able to reach in recent days, but there was not much to see out there. Tacking inshore has been pretty good several days this week, so I had high hopes working back to the shelf break. It was comparatively quiet, however.  We did pick up a couple of Black-capped Petrels finally, but they did not want to come close today.  My guess is that most of the Black-caps probably chased Bonnie out to sea, and we won’t see good numbers again until the wind gets up around here again. Calm weather is not all bad though. Closing in on the shelf break in the early afternoon, we came across a young Red-billed Tropicbird on the water. It soon took off and never came really close, but that’s how it goes sometimes (photo by Doug Gochfeld). 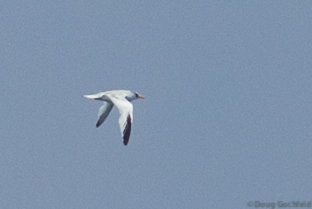 This was our second RBTR of the year, and hopefully it won’t be the last. The water is changing by the minute, and who knows what tomorrow will be bring, but we will be heading out to see.

This Cory's Shearwater stayed with us in the slick for most of the day!  (Doug Gochfeld) 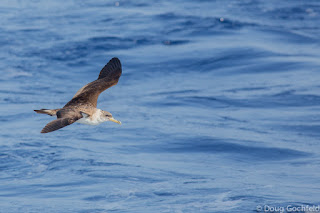 We had at least a couple of Great Shearwaters fly in behind us, they were quite vocal today!  (Doug Gochfeld) 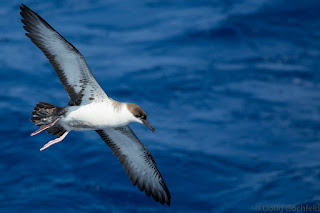 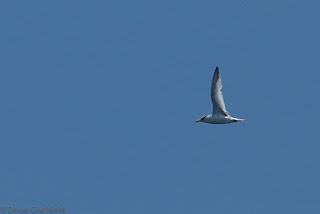 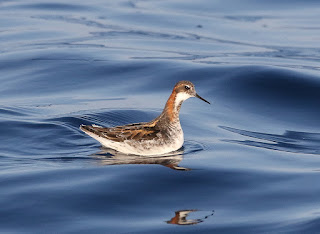 This Parasitic Jaeger came in to the slick!  Excellent views...! 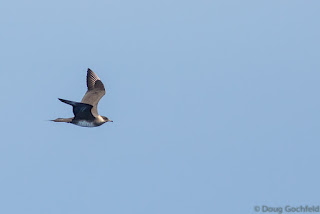 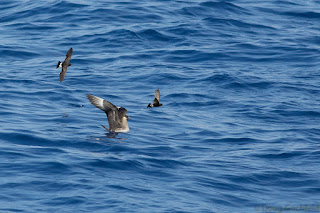 This nice looking Pomarine Jaeger joined us shortly after! 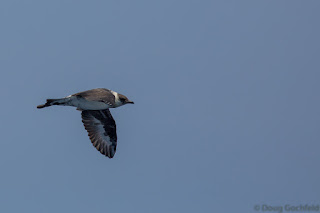 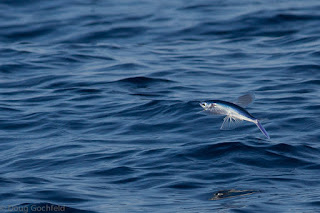 We found a piece of floating debris out in the deep inhabited by Tripletail... (Doug Gochfeld) 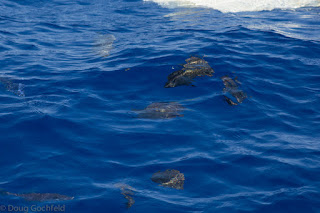 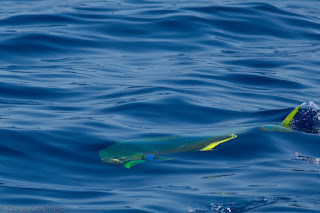 Posted by Kate Sutherland at 10:27 PM