Tropical Depression Bonnie brought us more rain today, and we've had our share over the last few days with a whopping 5" on Tuesday making travel on Hatteras Island a bit more of a challenge than usual!  This morning was no exception and after checking the radar, we headed offshore with a handful of charter boats to see if we could find the other side of the rain lingering south of the inlet (this image is from overnight before the trip - the system was a bit more to the northeast by the time we left the dock!). 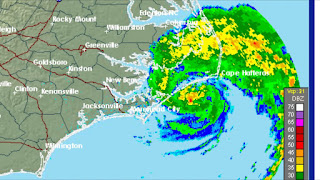 It was a Black-capped Petrel day, meaning that most of our participants had never seen one!  I always love when we get to show people our "usual suspects" for the first time!  Even just the Wilson's Storm-Petrels can bring gasps and smiles from those watching them dart by the stern, stopping to hover and drop their little yellow webbed feet down to the surface of the water (photo by Doug Gochfeld). 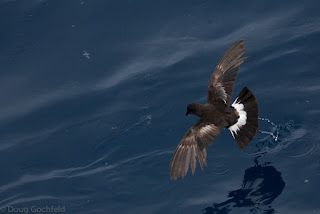 Black-cappeds were in their element today with a bit more wind offshore than was forecast, so when we started seeing them this morning we stopped to drift.  And the birds came in, and came in, and more followed!  We had not only Black-capped Petrels on this drift but also Cory's, Great, & Audbon's Shearwters, Wilson's, Leach's, & Band-rumped Storm-Petrels plus a Fea's Petrel!!  (Doug Gochfeld) 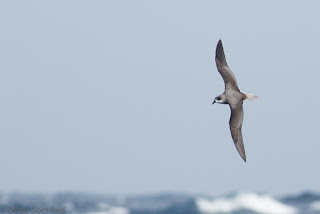 Brian spotted this bird as it flew directly to the slick and circled the boat at very very close range.  I was so honored to see it drop down to the slick to feed on some chum (I work really hard all day to make sure our birds are fed well!), while I know it has probably happened before, it's just always reassuring to know that it does work and is attractive to all of our tubenoses!  (Kate Sutherland) 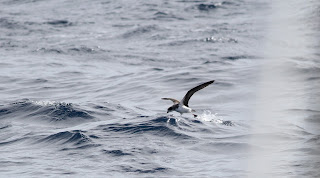 Perhaps it was the unsettled weather, or maybe the waning moon and cloudy skies, but the birds were hungry today...  Leach's Storm-Petrels were feeding right next to the boat, almost too close for photos!  (Doug Gochfeld) 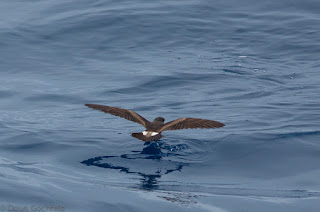 We drifted for almost an hour and a half, with the current, to the east before picking up and heading offshore again.  Shearwaters were around and hungry too, so we had Cory's & Greats diving and following us for hours with the Wilson's!  Another Fea's Petrel was called out by leader Chloe Walker at 1130 flying up the slick to the back of the boat - it also made an incredible pass before heading away!  (Doug Gochfeld - Laughing Gull & Fea's Petrel) 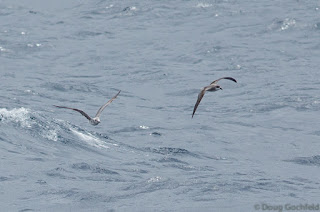 Photos show that this was a different individual from the first bird, so two Fea's today.  As we worked back inshore from 1000 fathoms, the wind picked up from the northwest making our trip home challenging, there were Cory's Shearwaters flying by looking a bit more hurried with the wind and Brian spotted a Sooty Shearwater giving us five species of shearwater for the day!  Overall, an adventure, as can always be expected in the Gulf Stream off Hatteras!  Thank you so much to everyone who joined us today and for Doug Gochfeld & Chloe Walker for helping us lead the trip.

All photos below courtesy of Doug Gochfeld ~ Thanks Doug!!
Ventral shots of each of the Fea's Petrels: 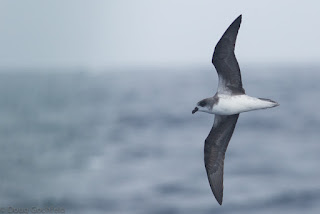 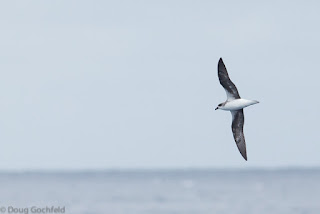 Black-cappeds were giving us incredible photo ops too! 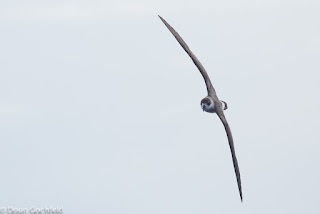 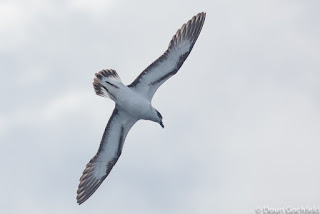 It was awesome to finally have some nice looks at Audubon's Shearwaters this week! 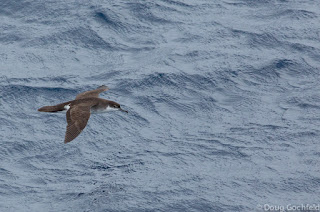 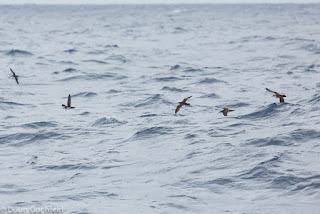 Leach's & Band-rumpeds were very cooperative for those who had never had the chance to study them before!  You can see how big the bill is on the Leach's (top) and the molting primaries of the Band-rumped (bottom) indicating one of the winter breeders. 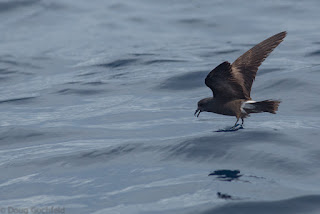 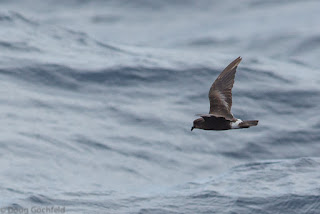 It's not often we see two winged flyingfish...! 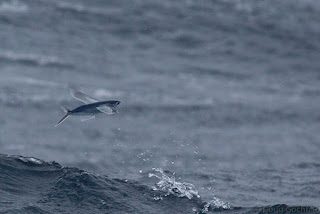 We also passed a couple of Portuguese Man-of-War 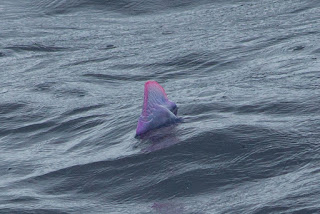