A southwester has kept most of the boats in Hatteras at the dock this past week, and without a clear satellite image this morning to see what the Gulf Stream looked like, we were hoping for the best!  The winds were still quite brisk this morning as well (from the southwest, of course!), and birds were not very active as we headed offshore...though we did see a Black-capped Petrel in just 150 feet of water!!  It took some time to gather birds behind the boat, but when they came in, we had quite a nice following flock made up of Great & Cory's Shearwaters, Wilson's & Band-rumped Storm-Petrels, and even some Black-capped Petrels early in the afternoon!  Numbers were not high, but the views were just stunning with Great Shearwaters diving right behind the boat, 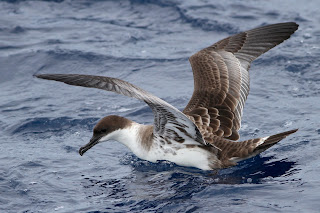 Wilson's pattering nearby on the slick, and Band-rumpeds making some excellent close passes by the stern.  At one point when we turned back to check out a Band-rumped Storm-Petrel 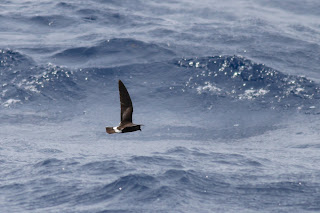 a South Polar Skua flared up in the slick over our shearwaters.  This bird did not stick around though, so while it was close, everyone was lucky to be in the right place at the right time to catch a glimpse of it before it moved on.  Sargassum was very sparse and scattered, but the Audubon's Shearwaters were getting up high with the wind so we saw quite a few over the course of the day popping up above the horizon, sometimes a distance away.  A few very obliging individuals flew right by the boat for some excellent photo ops and views! 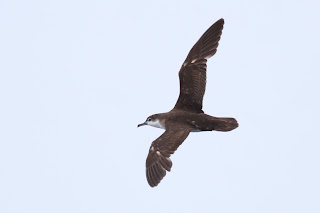 Hopes were not high for a Bridled Tern with the grass in short supply and no perches in sight...but we chummed one right in an hour and a half before our time was up!  This young bird flew right in to the stern and made some nice passes in the slick, flying back to us multiple times for everyone to see. 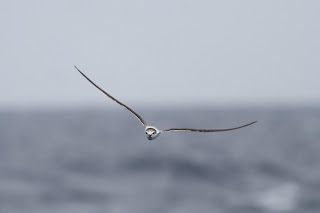 By the time we headed toward the inlet, the seas were a bit calmer and gave us a nice ride back in.  It was an awesome first trip of the summer, we'd like to thank everyone who joined us for the adventure, especially Nick Bonomo, who helped us lead the trip today!  (All of the photos today are by me, Kate Sutherland) 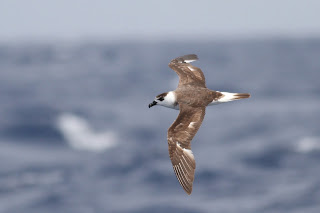 We did have one classic dark individual - compare the underwing of the bird pictured below with the white-faced bird underneath.  It was really nice to have time to observe these individuals! 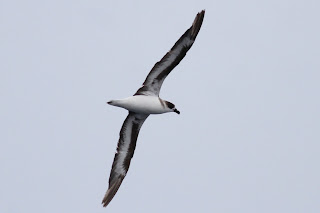 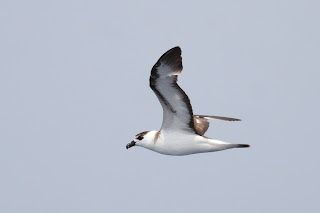 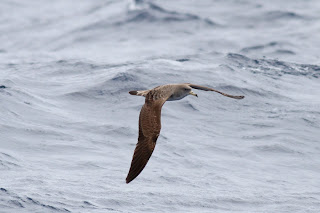 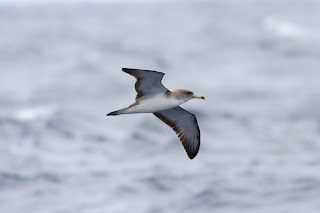 & a couple more photos of the Bridled Tern - what an awesome find! 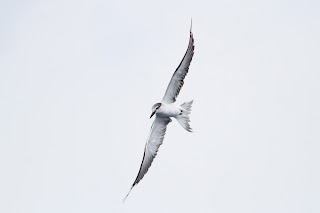 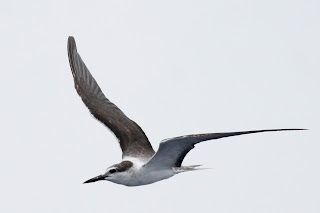 Posted by Kate Sutherland at 9:30 PM