We were born before the wind.
So much younger than the sun.
Ere the bonnie boat was won.
As we sailed into the mystic.
Van Morrison

Some rare days are just perfect.  The weather holds, no one feels sick, and the birds just race by like the Gulf Stream.  Today was one of those days.  We sailed with a smaller number of people today, avid and intrepid souls ready to enjoy whatever the ocean had in store for us.  It made our adventure lots of fun.  (Composite photo of the sky at sunrise this morning aboard the Stormy Petrel II by Doug Gochfeld)

Even before we arrived at the shelf break, the Cory's shearwaters and Wilson's storm-petrels started to appear.  It was as if someone opened a faucet of seabirds and let it pour all day.  Band-rumped and Leach's Storm-petrels seemed to dare each other who would skim closest to the deck. 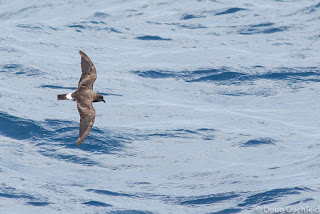 Scopoli's and Cory's shearwaters coasted by within inches of camera and binocular lenses, perfect light glinting off of the primaries. 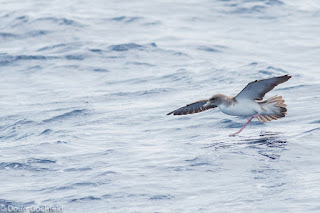 All of us stood slack-jawed as Black-capped petrels wheeled and darted, seemingly without propulsion. 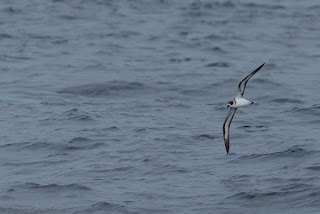 As the last of the chum melted away, no one on the boat was ready to leave.  We cast about looking for some excuse to stay in this place, in this moment.  There is an old saying "You never step in the same river twice."  This may be true, but I think all of us onboard the Stormy Petrel II today are ready to try.

*all photos today are by Doug Gochfeld

We encountered both types of Black-capped Petrels today.  The dark faced birds: 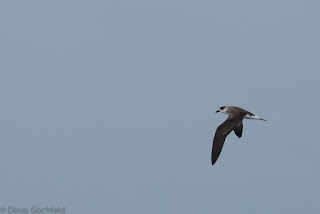 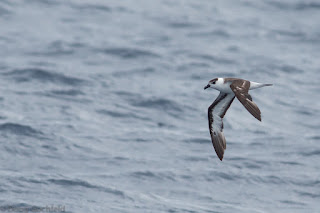 Cory's Shearwaters were seen in good numbers and they were hungry spending a lot of time feeding in the slick behind us! 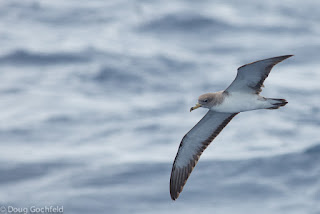 The winds were east by the end of the day and we saw a good sign of Leach's Storm-Petrels! 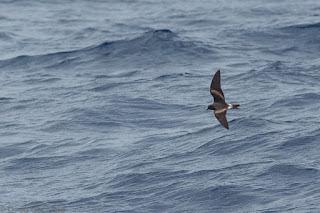 Brian spotted a couple of Bridled Terns on the way in this afternoon!! 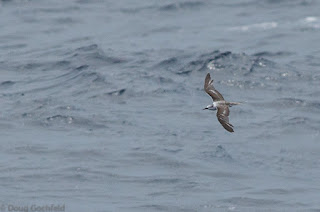 This Pomarine Jaeger followed us for hours today, easily distinguished by the trashed wing! 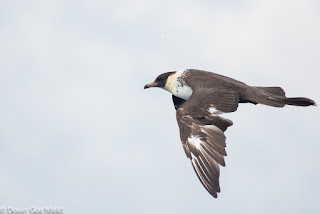 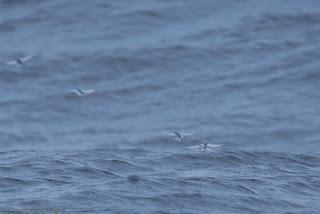 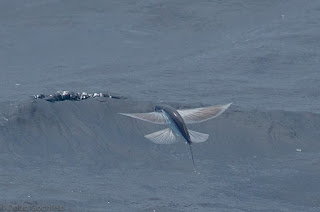