After a weather-day yesterday, today we were greeted by fair seas and light-winds for the entire trip. Birds were in view for most of the day, and we were able to get good views of many of the expected species.
No point burying the lead, the big highlight from today's trip was a Bermuda Petrel spotted by Ed Corey (no relation to the shearwater) a bit after 1PM. This molting bird showed up on the starboard side and was kind enough to make a quick pass along both sides of the boat before heading off. There are only about 150 breeding pairs of Bermuda Petrels on the planet, and it's a big ocean. Anytime we find one off NC is a special day.  (photos Ed Corey) 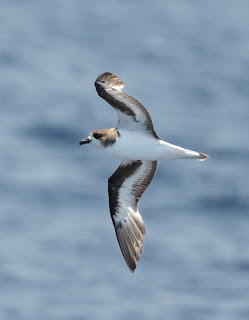 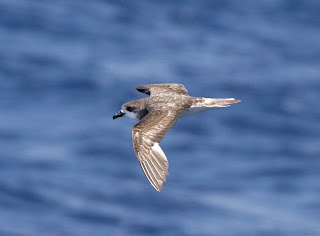 Mid-morning we had a Brown Booby make a pass through the stern. This species has been extending its range north along both coasts, but it's still an uncommon sight off Hatteras. There were a handful of Leach's Storm-Petrels around, and midday several made close passes by the boat.
We eventually amassed a pack of hungry Great Shearwaters in the stern, and they were soon joined by several Pomarine Jaegers (photo Todd McGrath) 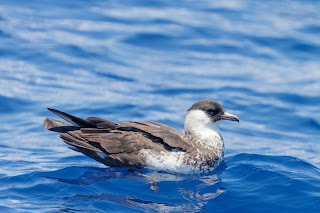 and large numbers of Wilson's Storm-Petrels.
In the afternoon, as we worked back inshore we had a very nice shearwater show with "Atlantic" Cory's and "Scopoli's" Shearwaters (photo Todd McGrath) 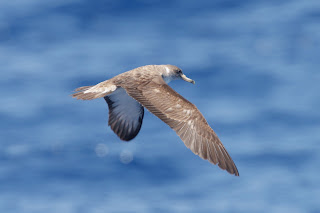 making repeated passes in the wake and offering a nice tutorial on separating the two. While most authorities recognize these two as different species, the AOS has yet to adopt that, so perhaps a future lifer for some.
A big thanks to Todd McGrath, Chris Sloan, Peter Flood, and Ed Corey for helping lead today. It was a beautiful day to be at sea, and we get to do it again tomorrow.
Species List 29 May 2022
Red-necked Phalarope - 5
Pomarine Jaeger - 4
Arctic Tern - 7
Common / Arctic Tern - 3
Wilson's Storm-Petrel - 125 to 135
Leach's Storm-Petrel - 3 to 4
Band-rumped Storm-Petrel - 2
Bermuda Petrel - 1
Black-capped Petrel - 28 to 31
Scopoli's Shearwater - 5
Atlantic Cory's Shearwater - 23
Cory's / Scopoli's - 41 to 42
Great Shearwater - 39 to 43
Sooty Shearwater - 9 to 10
Audubon's Shearwater - 16 to 19
Brown Booby - 1
Sanderling - 6
Offshore Bottlenose Dolphin - 9 to 14
Portuguese Man of War - 2
A couple more Cahow images by Chris Sloan!
A couple of white-faced, or light, Black-capped Petrels top Ed Corey, bottom Todd McGrath 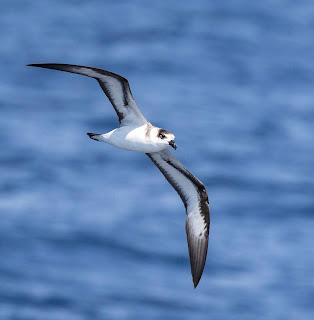 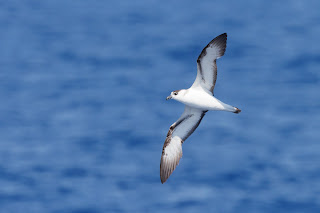 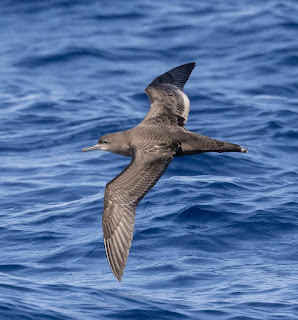 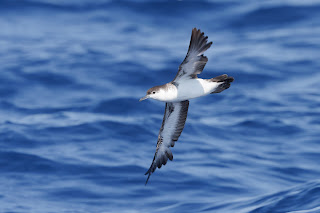 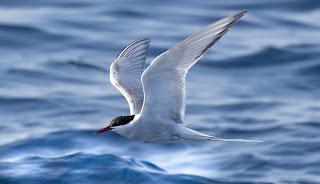 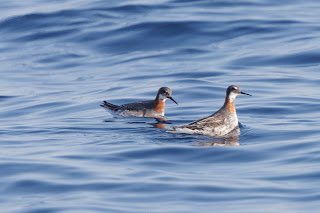