For years we've been trying to get strong support for some earlier trips than we run during the "Blitz" around the end of May / beginning of June.  We've had some incredible seabirding out there over the years, but people tend to just use eBird now to gauge their desire to do trips...and we have a disproportionate amount of trips we've run from May 20 - June 10 or so, and we hear from participants looking for a pelagic trip regularly that it's the "only time to go."  Yet we have trips we run at many other times of the year and we see incredible birds - however the lists and numbers from late spring, simply due to the high number of trips we run at that time, are in the forefront utilizing a database like eBird... again because so many people want to go at that time...makes it much more difficult for us to run a balanced schedule in the spring and summer.  Yes, late spring can be an excellent time to be in the Gulf Stream!!  Band-rumped Storm-Petrels begin to show up at the end of May, Great Shearwaters and Scopoli's Shearwaters begin to show up around that time or early June as well, the weather still has a bit of volatility to it which can be really wonderful to get seabirds moving...but depending on the conditions there can be really incredible seabirding out there earlier and later than the "Blitz!"

Okay, to get to our current trip report!!  This spring we scheduled a few more trips in late April / early May to see if we can start to build up those stats and see what might be easier to see earlier in the season!  Participation was not overwhelming, but we garnered enough support to make seven trips a go.  The first of these, April 29 and 30th, I will cover here, the second set, May 7 and 8th, had to be canceled due to this incredibly large system that sat over us for most of this week, and the third set we hope to run over the next three days (May 13, 14, 15).  Thank you so much to all of you who made these trips possible!  In early May 2019 when capturing Black-capped Petrels in the deep for a tagging project with American Bird Conservancy, all of the rare gadfly petrel species we can see here were recorded - Fea's (likely Deserta's), Trindade, and TWO Bermuda Petrels - were all seen in addition to the Black-caps.  It's a big deal to run a trip in North America and regularly see a gadfly petrel!  Many people forget that.

And yes, we had a Fea's (likely Deserta's) Petrel on April 29th, it did not come close to the boat, but everyone was able to see it well.  Then on the 30th we had a small gadfly petrel on the shelf near some fishing boats - we've seen Bermuda Petrels fairly close to the shelf - but one participant reported seeing the dark underwings, Brian saw the uniformly gray upper parts, it was also likely a Fea's Petrel.  Black-capped Petrels were seen well on both trips, especially since we had a flock of Pomarine Jaegers behind us feeding on chum and Black-cappeds regularly harass these birds that sometimes kleptoparasitize other seabirds (Pom & Black-capped, Kate Sutherland). 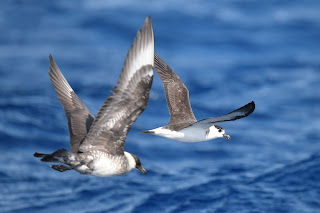 Needless to say we were treated to some aerial pursuits close to the stern!  We were happy to see Wilson's Storm-Petrels out in force and had a couple hundred in our slick on both trips.  Saturday's trip also had Leach's Storm-Petrels in the slick from start to finish!  It was a treat to watch these larger stormies wheeling above the horizon back in the slick and as they outpaced the smaller, shorter-winged Wilson's approaching the boat.  On both trips we had close encounters with Long-tailed Jaegers, one on Friday fed on the chum with the Wilson's paying the Stormy Petrel II little mind! (Kate Sutherland) 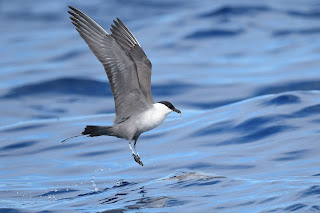 Atlantic Cory's Shearwaters were around each day with some close passes, and Saturday we also saw one super cooperative Great Shearwater and a couple of Manx Shearwaters gave us a quick pass that afternoon.  Bridled Terns were seen on both trips, maybe this time of year is even better for them than later in the spring, who knows?  We hope to find out over the next few seasons!  Another bonus were sightings of both Red and Red-necked Phalaropes.  We had both species together on the water on Saturday and it was really cool to have a chance to see the Red Phalaropes changing from basic to alternate plumage alongside the smaller, more delicate looking Red-necked Phalaropes with their thin, dark bills and red necks! (Kate Sutherland) 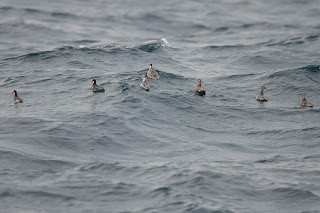 Late April is a great time to be offshore here and we hope to offer more April trips next year!  We hope some of you can join us to help build up those species lists that will entice more birders to join.  Thanks so much to everyone who came offshore with us and a huge thank you to Steve Backus who helped Brian and I to lead both of these trips!  All photos today are mine ~ Kate Sutherland :) 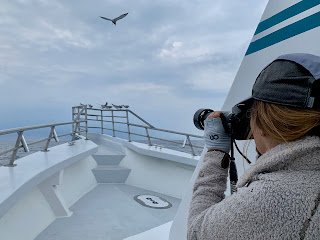 Participant Donna Wilder photographing Common Terns that were riding on the bow on our way in on Saturday April 30th! 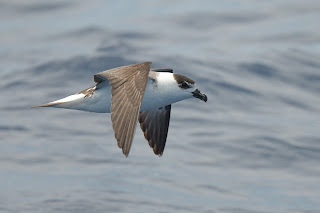 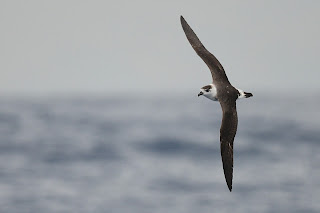 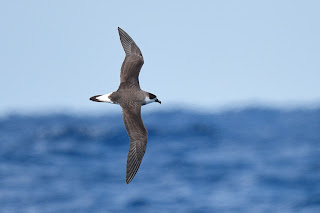 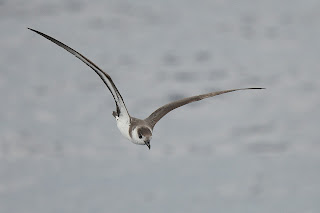 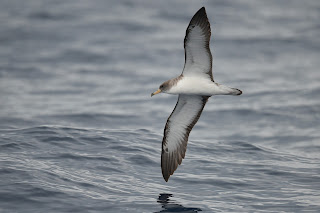 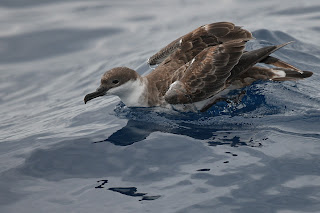 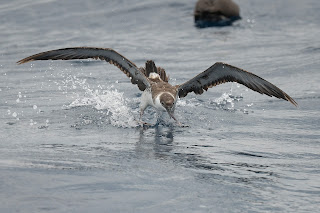 Wilson's Storm-Petrel & a nice group of them on the chum 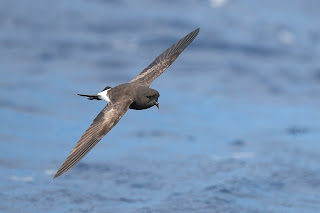 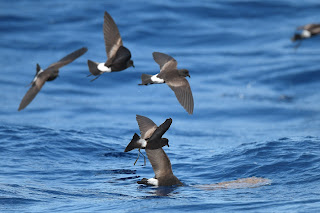 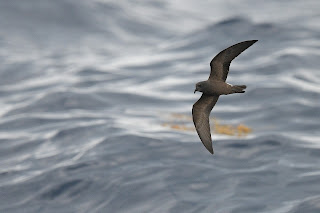 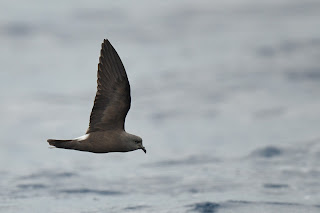 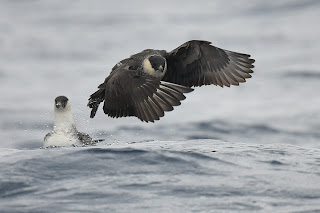 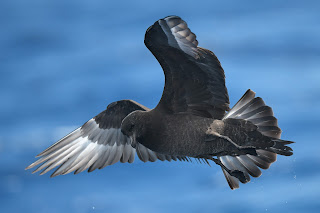 One with a bit of chum! 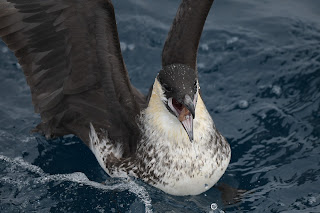 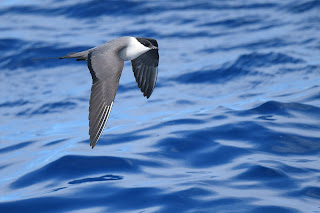 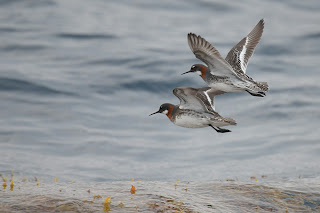 Common Loon on our way out the first morning 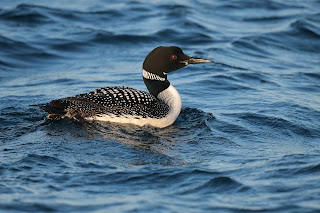 One of the Common Terns that chose to ride with us on the boat railings on our way back in Saturday! 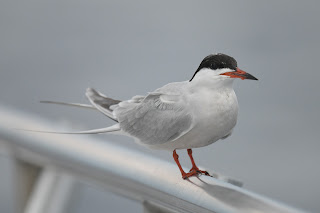 And no way we could forget the Ovenbird! 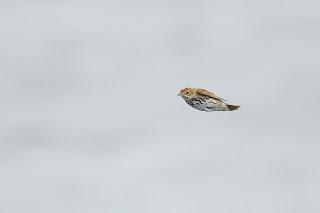 Posted by Kate Sutherland at 8:31 PM