Hopes were high after our trip yesterday that the diversity would continue today.  Our transit to the offshore waters this morning was in some north northwesterly winds with some easterly swell, a nice ride to the shelf break, but like yesterday not much to see along the way.  It was overcast and we had a low ceiling for most of the day.  Birds were around once we reached the shelf break and we ran offshore a bit then set out a drift.  Black-capped Petrels were streaming in and we tallied about 65 in the couple of hours we drifted!  We also had views of Cory's, Audubon's and Sooty Shearwaters plus Wilson's and Band-rumped Storm-Petrels.  Around 0940 Brian shouted from the wheelhouse "FEA'S PETREL!!!!!!  PORT SIDE!" and a gorgeous gadfly zipped into our huge slick composed of frozen chum, fish carcasses, fish oil, and some shark liver...we worked for this one!!  It was incredibly cooperative and took a few laps around the boat ensuring it was seen well by everyone! (Kate Sutherland) 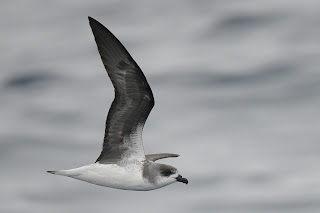 We picked up from the drift a little after 1100 and continued offshore, many of our birds came with us and we soon had a following with hundreds of Wilson's Storm-Petrels and double digit numbers of Black-caps.  Before long the Black-cappeds were closer to us than the Wilson's and they were actively feeding and fighting over chum right behind the boat! (Kate Sutherland) 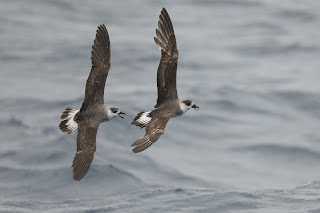 They stayed with us until we reached the shelf break in the afternoon, and even still we had a few that were committed to the boat - I gave them a little more food for the "road!"  About an hour before we reached the break I spotted a tropicbird up high behind the boat.  It came to check us out and I called it a White-tailed Tropicbird, but it turned out to be an immature Red-billed!! (Peter Flood) 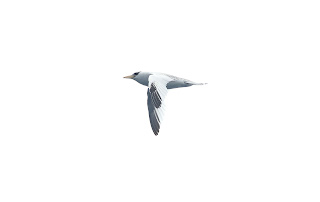 This bird made some nice passes, not always the experience we have with this larger, less commonly encountered tropicbird, and it was also seen well by everyone aboard.
Thank you so much to everyone who joined us today, and to those who couldn't join us for contributing their seabird karma!  Big thank you to Peter Flood and Kyle Kittelberger for helping Brian and I lead the trip.  Tomorrow the winds are forecast to be light southeast...one we hope for here in the spring!  Wish us luck!
Species list for 25 May 2022
Red-necked Phalarope - 1
Common / Arctic Tern - 1
Red-billed Tropicbird - 1 immature
Wilson's Storm-Petrel - 450 to 500 (conservative)
Band-rumped Storm-Petrel - 3 to 4
Fea's (likely Desertas) Petrel - 1
Black-capped Petrel - 121 to 128 (conservative)
Scopoli's Shearwater - 2
Atlantic Cory's Shearwater - 11
Cory's / Scopoli's - 29 to 31
Great Shearwater - 1
Sooty Shearwater - 10 to 11
Audubon's Shearwater - 39 to 41
Ruddy Turnstone - 14
Red Knot - 13
Flycatcher species - 1
Bottlenose Dolphin (inshore) - 6 to 8
dolphin species - 2
shark species (maybe mako) - 1
Portuguese Man of War - 1
A couple more views of the Fea's Petrel (Kate Sutherland) 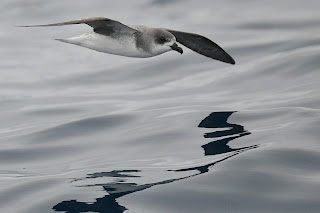 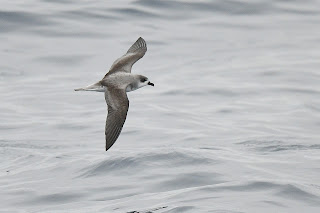 We had excellent views of both white-faced and black-faced Black-capped Petrels!  (Kate Sutherland) 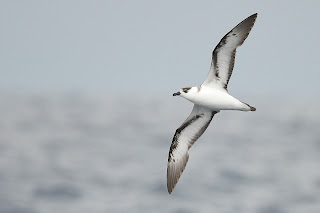 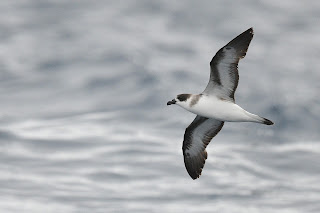 And our following feeding flock had a number of species in it!  Here Black-cappeds with a Great and Cory's Shearwater (Kate Sutherland) and one with a Black-capped and Great (Peter Flood) 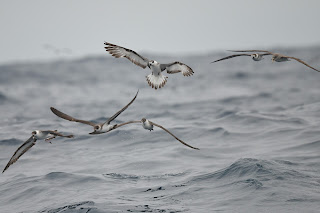 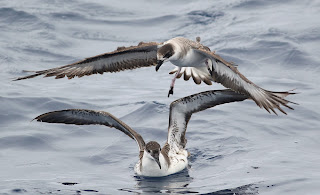 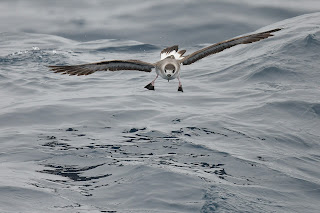 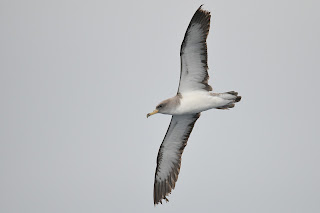 One of our Sooty Shearwaters (Kate Sutherland) 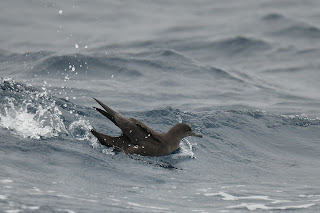 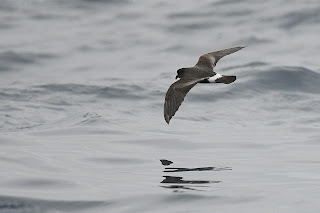 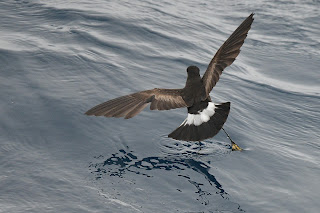 Posted by Kate Sutherland at 9:16 PM