The Stormy Petrel II crew along with 20 enthusiastic participants departed Hatteras Inlet this morning under fairly benign conditions with a tolerable southerly breeze and smooth sailing once we got past the bar. However, we heard the sea from the dock prior to departure and knew there was some wind somewhere. As we steamed southeastwards just past the inlet, we were already counting northbound Sooty Shearwaters just off the beach.  The wind and seas began to build further offshore, and it was not long thereafter when we encountered lines of Great and Cory's Shearwaters tacking northwards with freshening southerly winds. We also added a Manx Shearwater and had four species of shearwaters on our list before we even made it to the shelf break. A Pomarine Jaeger briefly flirted with the boat and quickly realized we had little to offer while we were in transit.
Once we reached the shelf break, the winds were blowing, and the seas were piling up creating optimal conditions for the omnipresent Great, Cory's and Sooty Shearwaters along with a few Black-capped Petrels popping up in seemingly every direction.  Before long we had a nice collection of shearwaters and storm-petrels in our chum slick with some great looks at Leach's and Band-rumped Storm Petrels zipping around the boat. The action was fast and furious. (Kate Sutherland) 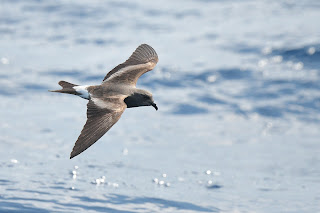 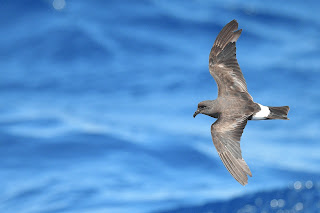 Around mid-morning the call went out for a dark morph Trindade Petrel (which was the first of the season) that came in to inspect the chum slick and made a few nice passes much to the delight of all on aboard. (Ed Corey) 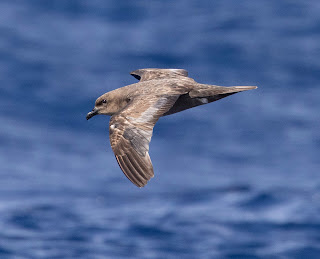 A couple of South Polar Skuas came in hot from the south and barreled their way into the action making several passes around and over the boat before moving on. (Kyle Kittelberger) 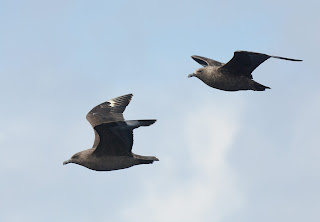 Late morning our second Fea's Petrel of the blitz turned up giving us three Pterodroma species for the day.  (Kyle Kittelberger) 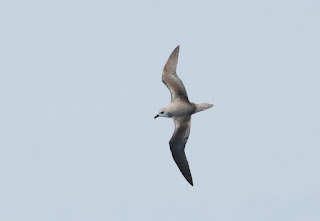 It was one of those days that gave you the feeling that anything could have turned up given the wind and seas conditions which had gotten to a point where we had to head back to the inlet earlier than usual.
Many thanks to all of our participants and leaders Peter Flood, Kyle Kittelberger and Ed Corey for helping Brian and Kate lead the trip.
Species list for 27 May 2022
South Polar Skua - 2
Pomarine Jaeger - 1
Parasitic Jaeger - 2
jaeger sp - 1
Common Tern - 1
Arctic Tern - 3
Wilson's Storm-Petrel - 180 to 220
Leach's Storm-Petrel - 6 to 7
Band-rumped Storm-Petrel - 8 to 9
Trindade Petrel - 1 dark morph
Fea's Petrel (likely Deserta's) - 1
Black-capped Petrel - 27
Scopoli's Shearwater - 7
Cory's Shearwater 16
Cory's / Scopoli's - 51
Great Shearwater - 61 to 71
Sooty Shearwater - 59 to 61
Manx Shearwater - 1
Audubon's Shearwater - 9
Mahi mahi (Atlantic Dolphinfish) - 1
Another view of the Trindade Petrel (Ed Corey) Another view of the Fea's Petrel (Peter Flood) 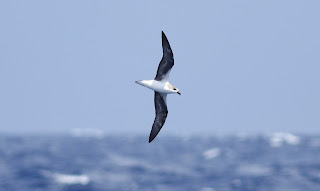 We had nice views of Scopoli's in the slick (Kate Sutherland)... 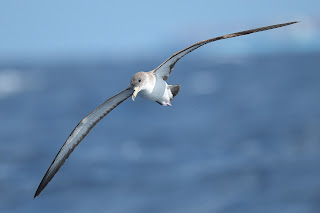 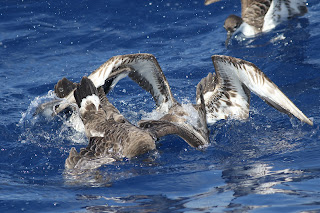 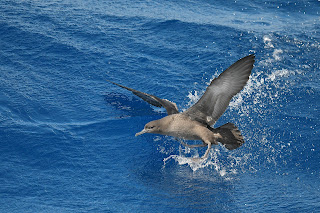 Even a few Audubon's zipping by the stern (Kate Sutherland) 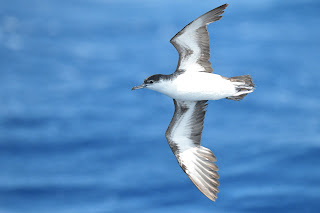 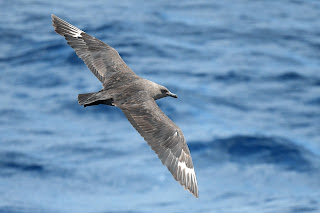 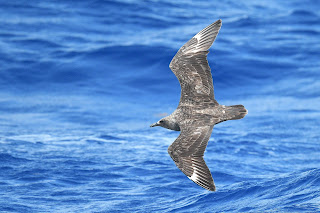 As were the Band-rumped Storm-Petrels!  This one is grabbing some chum (Kate Sutherland) 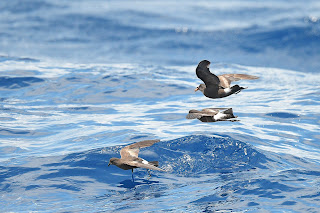