Today winds were a bit different - and they had an easterly component.  We hoped this would mean we finally would find more diversity out there, and we were right!  While the trip to the shelf break was uneventful, once we got out there the first two birds we saw were a Band-rumped Storm-Petrel (Kate Sutherland) 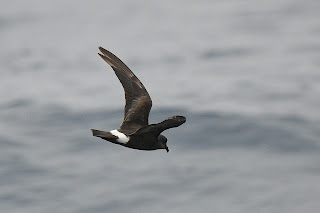 and Black-capped Petrel!  From there, things just improved.  Winds were from the south east, then a bit of east, then mostly south by the time we were heading back to Hatteras Inlet.  Beehives are not typically a feature of our spring trips, but today we had two that we were able to cruise through and a couple others that were out of range.  These feeding flocks made the day with close views of our first Scopoli’s Shearwaters (Peter Flood) of the season and hundreds of Audubon’s! 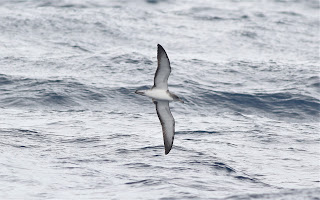 It was one of those days when you scan the horizon and there are birds everywhere in the distance.  More than once we had double digit Black-caps in the slick and at one point we had five or six chasing a dark Pomarine Jaeger who made the unlucky decision to fly into our slick!  Wilson’s Storm-Petrels (Kate Sutherland) 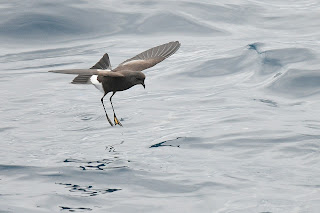 were super cooperative and while we had close views of some molting Band-rumpeds, the Leach’s we saw were definitely more fleeting and difficult to see well.  Overall a really incredible experience out there in the Gulf Stream!
Thanks so much to everyone who joined us and to Peter Flood and Kyle Kittelberger for helping us lead the trip today!  We look forward to seeing what we can turn up tomorrow!
Species list 24 May 2022
South Polar Skua - 1
Pomarine Jaeger - 7
Jaeger sp - 1
Common Tern - 1
Arctic Tern - 1 first summer individual
Common / Arctic Tern - 1
Wilson’s Storm-Petrel - 327 to 337
Leach’s Storm-Petrel - 2
Band-rumped Storm-Petrel - 9 to 12
Black-capped Petrel - 69
Scopoli’s Shearwater - 8
Atlantic Cory’s Shearwater - 7
Cory’s / Scopoli’s - 103 to 123
Great Shearwater - 4
Sooty Shearwater - 22
Manx Shearwater - 1
Audubon’s Shearwater - 280 to 272
Bottlenose Dolphin (offshore) - 2
Ocean Sunfish (Mola mola) - 1
Black-capped Petrels (Kate Sutherland) 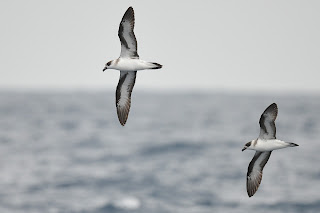 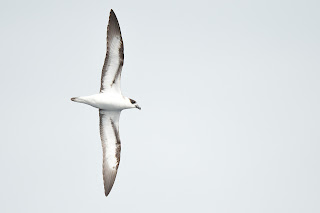 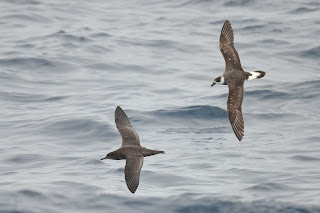 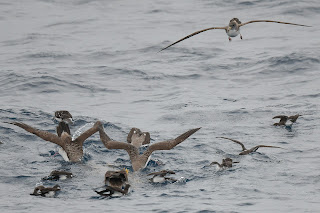 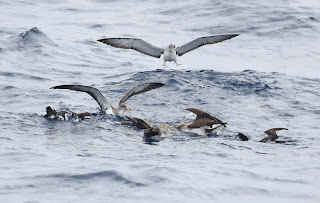 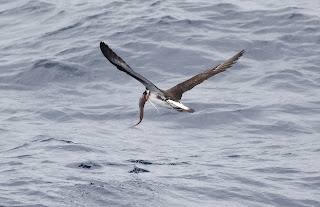 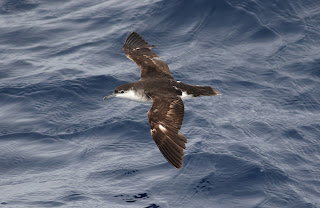 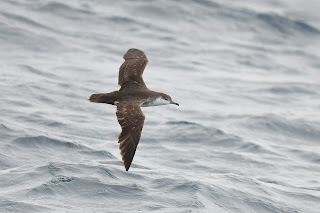 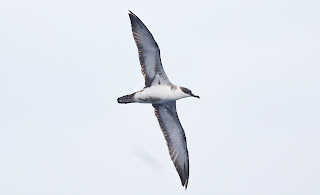 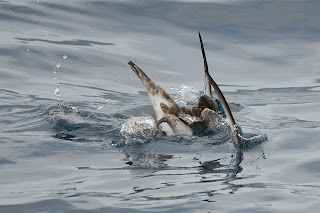 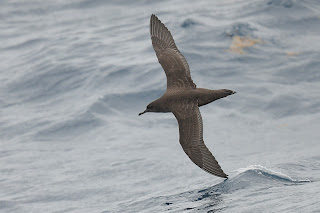 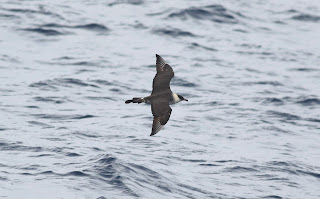 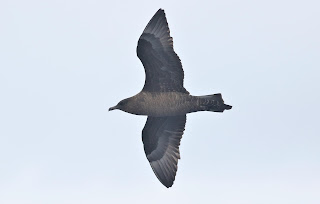 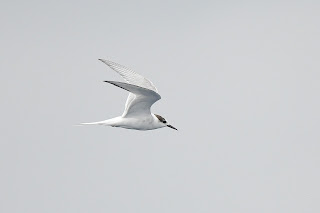 Posted by Kate Sutherland at 8:59 PM