We left the dock at 0540 with eager participants after a day ashore yesterday and the conditions were better than expected as we left Hatteras Inlet.  Around 0645 a commotion in the stern caused Brian to throttle back and a curious, young Red-billed Tropicbird flew right in, just 8 miles from the inlet!  This is the closest to shore we have ever seen one here!  The bird flew around the boat giving all aboard incredible views before taking off...we continued offshore.  At 0945, over an hour after slowing down, a White-tailed Tropicbird flew in, also making close passes for all to see and putting this trip on the very small list of those that have encountered both species in one day!  While numbers were low, the diversity we encountered was exceptional.  A notable appearance of some Gervais' Beaked Whales caused excitement before noon, our first for the season.  Otherwise, we had excellent views of Black-capped Petrels, Cory's, Audubon's, & Sooty Shearwaters, Wilson's, Band-rumped, and Leach's Storm-Petrels, plus Long-tailed & Pomarine Jaegers.  This afternoon on the way in, a South Polar Skua was spotted and seen well, though distantly.  We had great looks at the species we saw & we'll see what tomorrow brings! 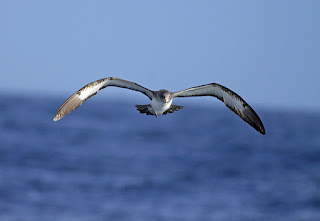 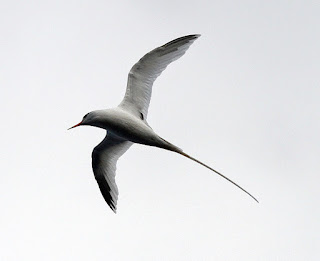 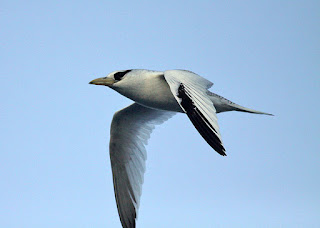 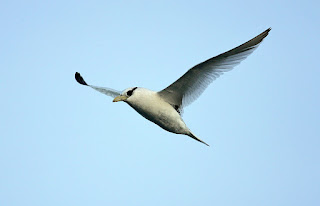 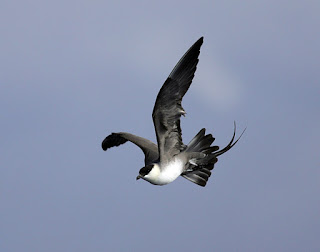 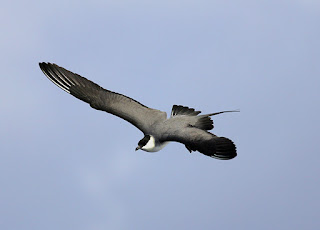 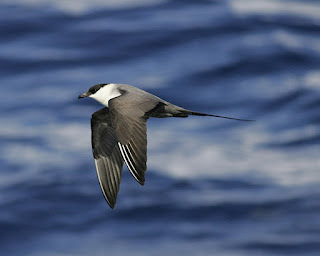 Posted by Kate Sutherland at 10:38 PM