What a difference a day makes!  Light winds and clear skies greeted us as we passed through Hatteras Inlet and headed offshore.  Cory's Shearwaters and a couple of Wilson's Storm-Petrels were seen on the way out and a spectacular full rainbow greeted us in the Gulf Stream as we slowed down (unfortunately, though we could see the end, no pot of gadfly petrels...) and the first Black-capped Petrel of the day passed closely soon after.  As the day progressed, with winds shifting a bit to the east, birds began piling back in.  We spent most of our time skirting the edges of rain where the conditions were excellent for getting birds in the air and into our slick.  Black-capped Petrels were around most of the day, Band-rumped Storm-Petrels made some close passes in the slick, and we had a Leach's Storm-Petrel dart by.  Pomarine Jaegers came closer to shore with the winds and we had some behind the boat with us for most of the afternoon, including one young dark morph.  A Parasitic Jaeger came in and fed behind the boat with the Poms following us for a short distance, which is uncommon to see, they are typically encountered inshore on these trips.  A little after 1330 a Fea's Petrel made a very brief appearance some distance back in the slick.  Typical gadfly behavior found it gone in seconds so not everyone aboard had a look, but a few people in the right place at the right time had satisfactory, though fleeting, views. 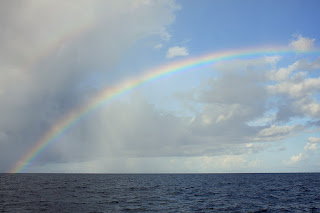 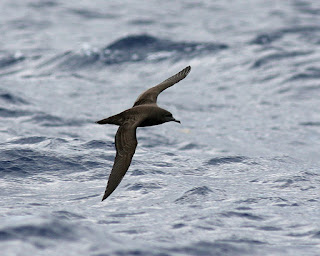 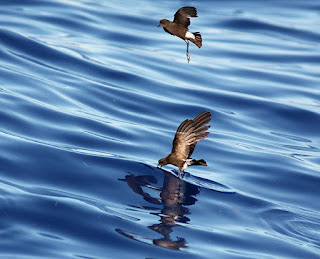 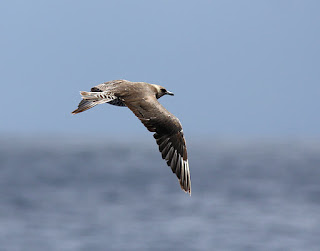 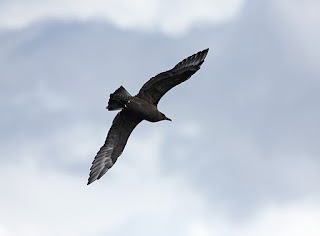 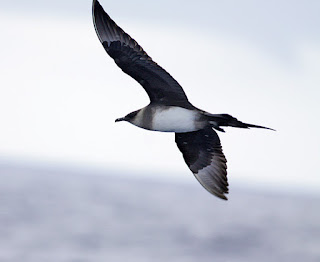 Posted by Kate Sutherland at 9:53 PM