There was a bit more wind offshore than was called for, but that was fine with us...birds were up and flying today!  We had Black-capped Petrels come in to the slick, including one white-faced, juvenile individual.  A Fea's Petrel popped up in the slick and then spent at least 10 or 15 minutes making a variety of close passes by the boat (yes, the shark liver worked!).  We did see Band-rumped Storm-Petrels, but they did not spend much time close in the slick like our cooperative Wilson's.  Three Pomarie Jaegers spent much of their morning following us, and we had many Cory's & Audubon's throughout the day. 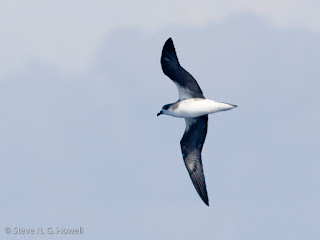 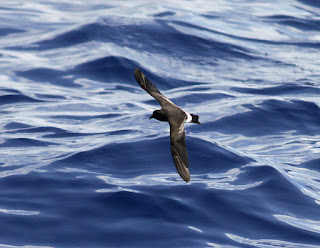 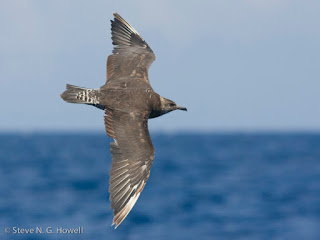 Posted by Kate Sutherland at 4:25 AM