We were pleased to find little to no wind this morning with just a bit of swell from the tropical depression south of us.  Three new species were seen today, Manx Shearwater, South Polar Skua, and Parasitic Jaeger, plus we finally had good looks at Band-rumped Storm-Petrel!  By 0800 we had already racked up five species of shearwater plus Wilson's Storm-Petrels, Red-necked Phalaropes, Bridled Terns, and Pomarine Jaegers.  There were some nice temperature breaks out there as well and Black-capped Petrels did not disappoint us, making many close passes by the boat.  Great Shearwaters are here in much larger numbers than we saw last spring and we had many with us most of the day in the slick.  This afternoon we found a huge (for this late) flock of Red-necked Phalaropes (70+) that nervously allowed pursuit along a foam line inshore.  Overall we had a busy day out there and the list following will have to suffice since the evening is closing in and tomorrow will be another early morning... 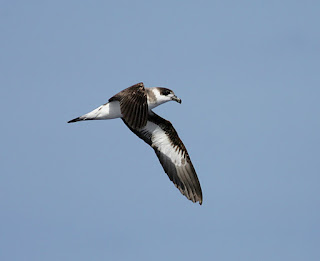 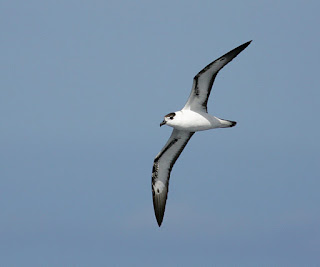 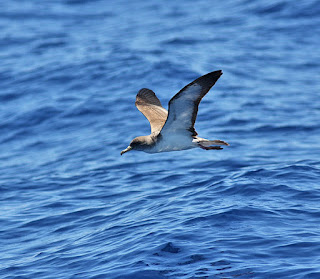 Pomarine Jaeger stealing a "treat" from a Great Shearwater! 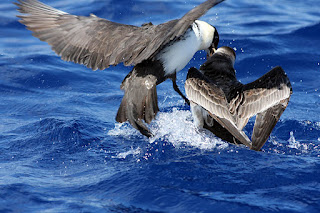 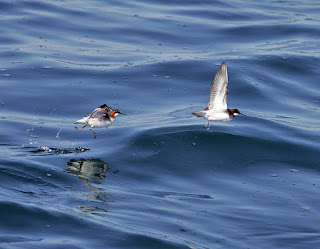 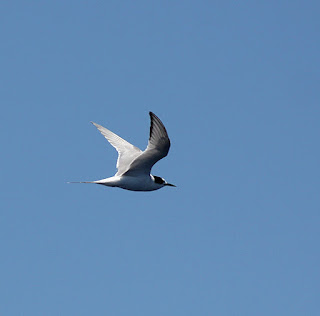 South Polar Skua (this individual hung out in our slick making quite a few nice passes!) 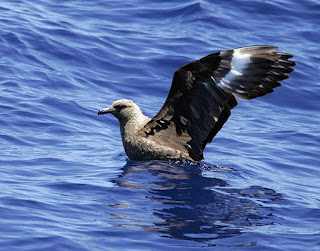 Front that came through while we were cleaning the boat this evening... 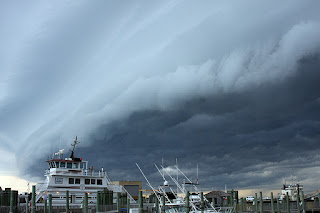 Posted by Kate Sutherland at 9:41 PM