Well, the seas were much calmer than yesterday and we headed offshore without much spray.  The day began slowly with a few Wilson's Storm-Petrels gathering in the slick, then, around 0900, a Trindade Petrel popped up behind us (likely riding in a swell...) that gave distant and fleeting views.  While we were watching for the gadfly petrel, a Masked Booby was spotted coming in from the same direction!  It flew right in to the boat, made a lap, dove, and then was off.  A European Storm-Petrel came towards the boat in the slick before 1000 and we were able to chum it in so that everyone aboard was able to see it feeding & hanging out with the slightly larger Wilson's Storm-Petrels.  About 1100, Brian yelled, "what is this coming in?!" and sure enough, a Fea's Petrel flew right into the slick hanging around for a few minutes and making incredibly close passes before moving on!  Overall a day with not many individuals, but we had great looks at each of the eleven species we saw! 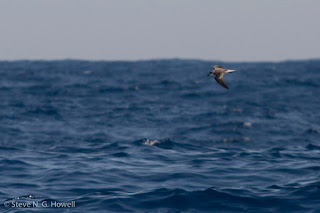 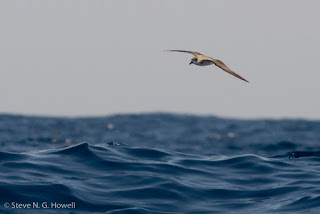 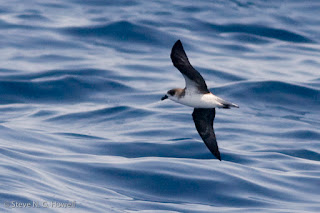 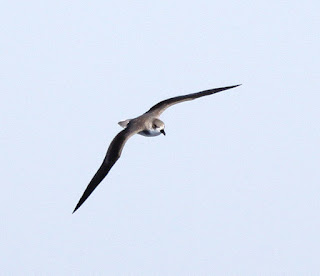 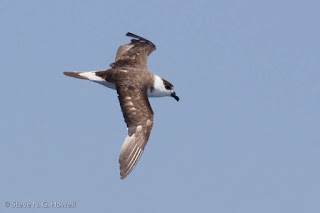 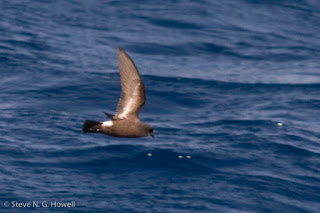 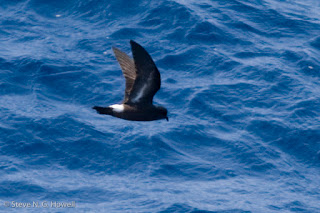 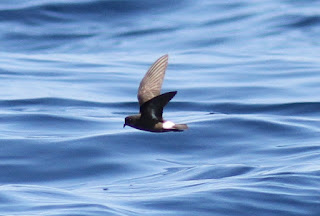 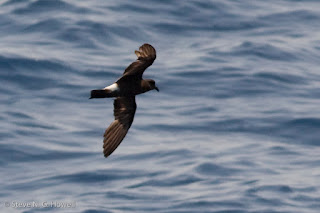 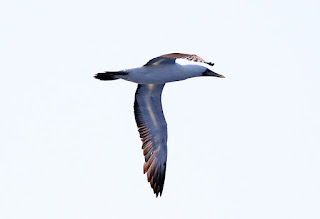 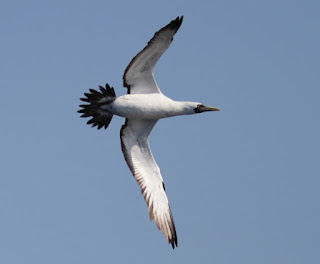 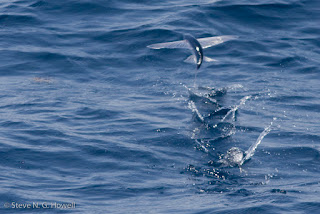 Posted by Kate Sutherland at 10:12 PM