A couple of days ago the forecast did not look so good for today, but it turned out to be a nice day. Winds were northwest, so the ride out was easy. Cory’s Shearwaters were even more numerous than yesterday, and we had superb looks close to the boat to start the day (photo by Peter Flood). 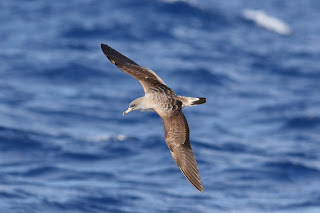 It was also a great day for Black-capped Petrels, with the lots of birds coming close to the boat in nice light (photo by Peter Flood). 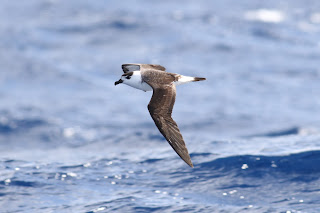 Around 0918 I spotted a Fea’s Petrel and it made a nice pass down the port side of the boat. This was our first Fea’s for 2016 (photo by Peter Flood). 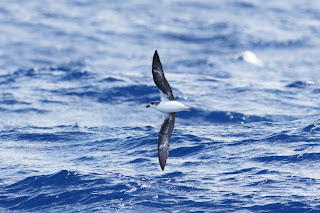 We did not find any Trindade Petrels today, but in my experience Fea’s is more likely than Trindade when the wind comes from the northwest.  Westerlies are usually not much good for jaegers, but we did scrap out a few Poms, including one that followed us for hours (photo by Peter Flood). 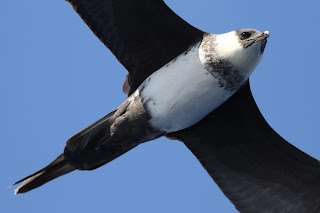 Diversity was a bit lower today, but we had some high quality looks at most of what we saw.  I think diversity will pick up again in a couple of days when the winds shift around. Hopefully the southerlies will bring up some more Audubon’s Shearwaters and Bridled Terns, and easterly flow to our south will get some more Sooty Shearwaters and jaegers headed our way.  And if we put our time in hopefully there will be some surprises too. Every year is different and there is a lot more to come this spring. Thanks again to Kate Sutherland, Peter Flood and Lev Frid for leading and spotting birds today.

A few more photos of the Fea's Petrel!  It flew by in the glare making it difficult to capture, but Lev Frid (top, dorsal photo) & Peter Flood (bottom two photos) seemed to do quite well! 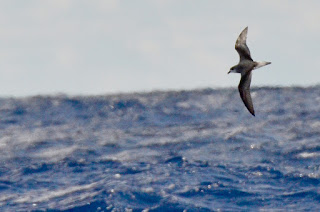 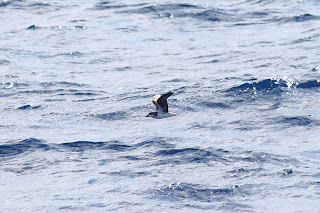 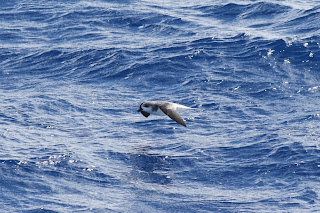 Cory's Shearwaters were out there in numbers today!  (photo by Peter Flood) 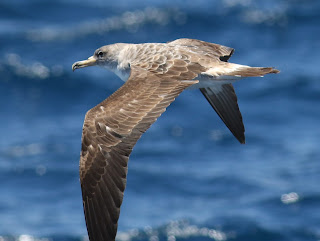 The number of Wilson's, on the other hand, was a bit lower than we have seen on the last two trips (photo by Peter Flood) 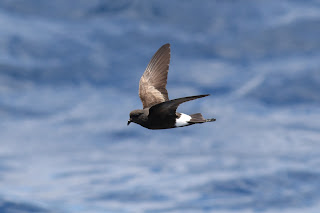 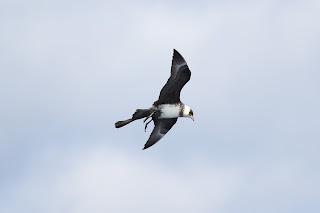 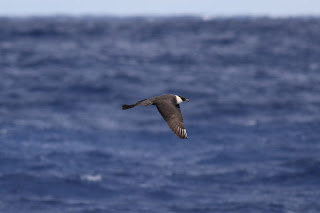 There were some nice opportunities to photograph flyingfish today as well!  They were really flying!  (Atlantic Patchwing below photographed by Peter Flood) 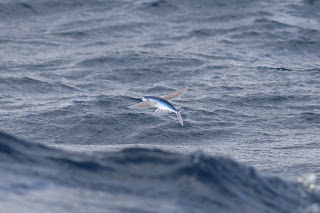 Posted by Kate Sutherland at 10:39 PM