We had good conditions for Day One of this year’s Spring Blitz. Winds were light from the northeast this morning and there were enough clouds to make for easy viewing. We found Sooty Shearwaters just outside the inlet.  When we reached the edge of the continental shelf an hour and a half later, we were joined by a couple of Pomarine Jaegers and many Wilson’s Storm-Petrels. After that, it did not take long to chum up some Black-capped Petrels. There was less current than usual 25 to 30 miles out and we did not find the hard Gulf Stream current until we got about 32 miles out.  There we found a weedline of Sargassum and we had good looks at several Audubon’s Shearwaters and Red-necked Phalaropes, as well as one Arctic Tern.  We also caught a pair of mahi mahi within minutes of deploying a couple of small lures. We ventured out to see a few more miles and the water got even warmer- up to about 80 degrees. The current was also stronger and the wind was fresher in this hot water. We saw a few more Black-capped Petrels and a handful of Leach’s Storm-Petrels in this area, but generally birds were sparse. Our inshore tack back to the shelf break was more productive. We picked up several Pomarine Jaegers with the chum slick and had up to ten at a time following. Back near the current edge, Peter Flood spotted a dark morph Trindade Petrel and it spent a couple of minutes around our chum slick. It was good to see this scarce visitor on our first spring trip! By now the wind was steady out of the east. We also saw a couple of Cory’s Shearwaters and a couple of Parasitic Jaegers as we tacked toward shore. A few minutes before it was time to head for home we had a quick look at yet another Trindade Petrel- an intermediate morph! This one was not far from the shelf break.  We saw a few more Sooties on the ride in and there were plenty of Wilson’s Storm-Petrels.  Low pressure is moving in tonight and I’m not sure if we will make it out tomorrow, but we are off to a great start. Thanks to everyone who came out and our leaders Kate Sutherland, Peter Flood, and Lev Frid. 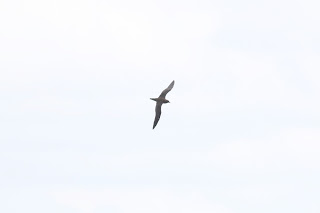 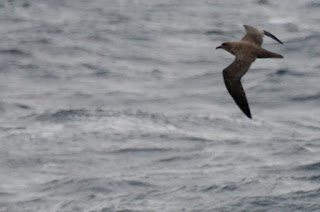 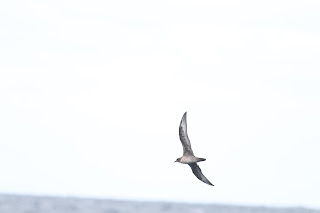 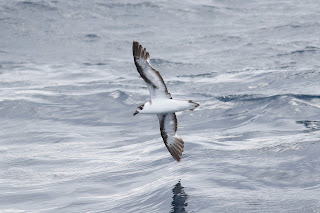 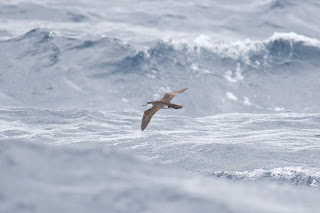 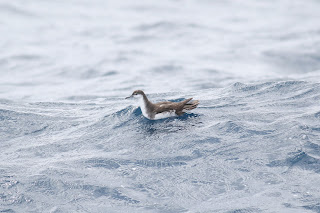 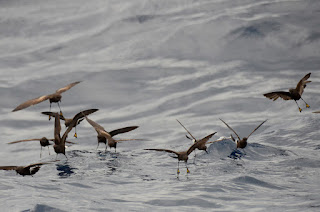 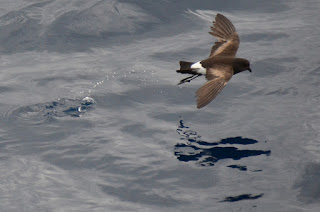 Peter Flood was able to capture this image of a Leach's Storm-Petrel - it was challenging to get nice views of them today! 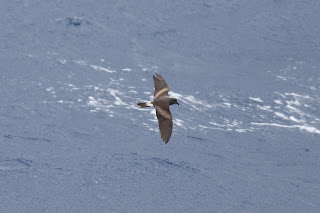 The offshore grassline also held some Red-necked Phalaropes that were quite obliging considering the conditions! (photo by Peter Flood) 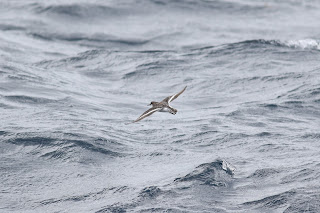 The Arctic Tern was another nice bonus along the sargassum line! (photo by Lev Frid) 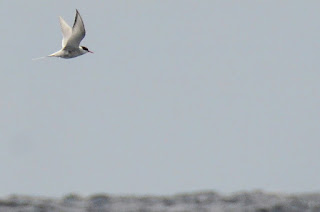 At one point this afternoon we had TEN Pomarine Jaegers behind the boat!  They were hungry and followed us loyally for hours...(top two photos by Lev Frid) 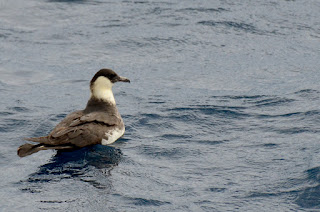 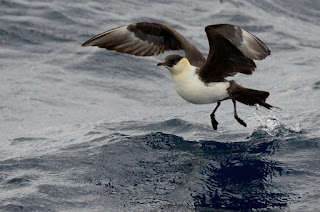 A couple more (by Peter Flood) 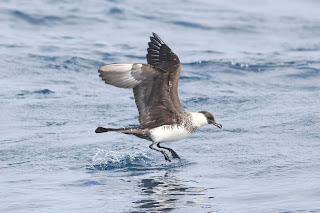 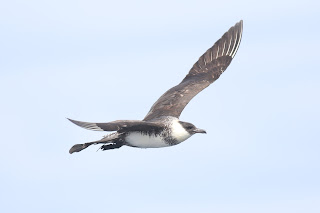 At the end of the day, we had a gorgeous dark Pom come to the slick! (photo by Lev Frid) 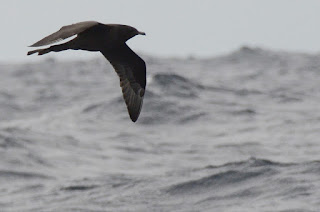 & it was fun watching the Black-cappeds interact with the jaegers!  (photo by Peter Flood) 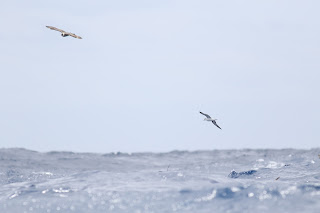