This morning there was some rain, but no thunderstorms and not much wind inshore...so we headed out there!  The only boat in the fleet that headed offshore from Hatteras today.  Hatteras Inlet was much nicer than expected and the ocean was not quite as steep as yesterday, nearshore anyhow...  Cory's Shearwaters are still inshore and quite a few flew by as we headed toward the shelf break.  Over the past few days, we have seen more of them in transit than in the slope waters.  Slowing just after our first Black-capped Petrel, we put out the chum and headed for deeper water.  Wilson's were slow to get the message about the free food available at the Stormy Petrel II but we did finally recruit a small group in the slick (photo Peter Flood). Leach's Storm-Petrels also turned out to be quite attentive (photo by Peter Flood), 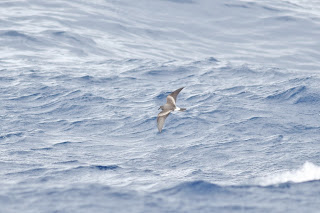 while our Band-rumped Storm-Petrels only made a few close passes over the course of the day.  A Great Shearwater joined us in the slick almost immediately after our first Black-cappeds, it's nice to see them starting to show up!  The highlight of the morning was a dark Trindade Petrel that shot by at a high rate of speed in the wind (photo by Peter Flood), 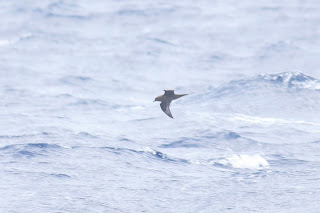 followed by another small gadfly petrel that at the time was thought to be a distant Fea's Petrel.  It has been identified (by photos) as a light Trindade Petrel - still not close!  Thank goodness a Fea's Petrel gave us another chance at about 20 minutes to 1pm and made an excellent, close, pass by the boat (photo by Peter Flood), and just behind the skua (photo by Doug Gochfeld)! 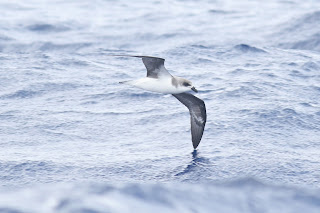 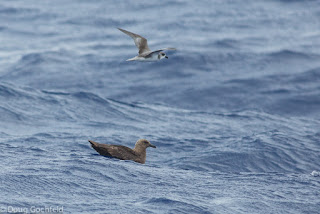 South Polar Skua flew in to the boat a little after noontime and, after showing off to everyone on the deck, proceeded to follow us for the rest of the day (photo by Doug Gochfeld)! 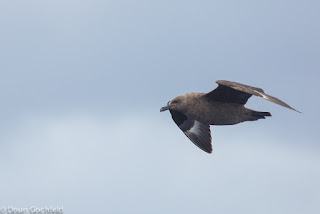 We had an awesome adventure out there in spite of (or perhaps because of...!) the rain & wind (photo by Doug Gochfeld). 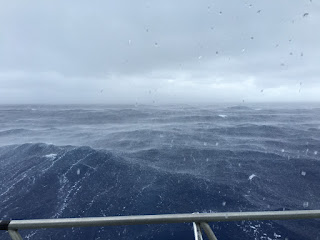 Thanks to everyone who joined us offshore today and a big thank you to our leaders, Sea McKeon, Peter Flood, Doug Gochfeld, & Chloe Walker!

A couple of Black-capped Petrel shots by Peter Flood 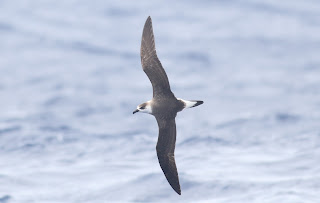 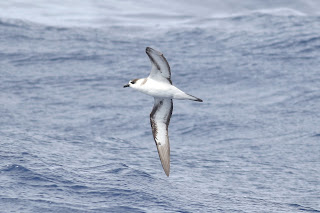 Some photos of Black-capped Petrel & South Polar Skua - yes, they were buzzing them again! (Doug Gochfeld) 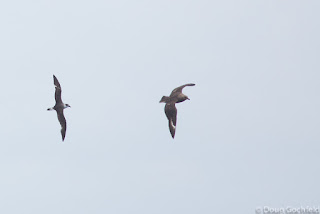 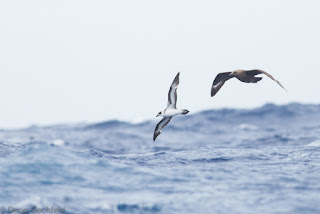 Audubon's Shearwaters were really getting up there today! (Peter Flood) 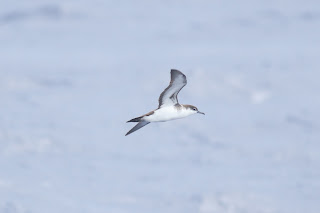 Posted by Kate Sutherland at 11:08 PM