This morning was clear and beautiful with winds around 10 knots from the southwest, nicer than the westerly winds we had on Saturday!  A little after 0730 we saw some cetaceans breaking the surface up ahead of the boat, Brian and I both knew what they were once we took a good look - Pseudorcas!!  (photo Kate Sutherland) 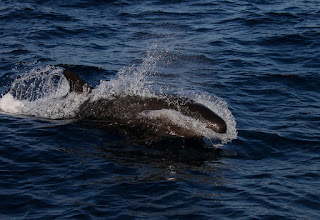 Commonly known as False Killer Whales, these cousins of the pilot whales and orcas are seen almost annually offshore of Cape Hatteras, but we are not always lucky enough to encounter them on our trips!  This morning we were able to spend about thirty minutes among a feeding group that regularly came in to ride under the bow of the Stormy Petrel II and could be heard all around us even when not in view.  What a treat!  The last time we saw them here was in 2017.

Once we made it past the shelf break we slowed and began to gather some Wilson's Storm-Petrels in our slick and were surrounded by a large pod of playful offshore Bottlenose Dolphins.  There were a few Black-capped Petrels, but they were not coming very close.  Around 0915 a large bird was spotted flying towards the boat up high, it was our first South Polar Skua of the spring! (photo Kate Sutherland) 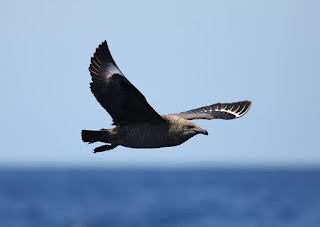 And it stayed with us just about all day, until well after 1 in the afternoon.  So we got some good looks at Black-capped Petrels that came in to harass the skua!  Three species of shearwater were seen today, and we had a chance to see all of them well sitting on the water and also taking off.  One unlucky Sooty Shearwater that we encountered sitting on the water with a prized fish was the target of our skua who promptly flew in to take the fish from the shearwater...who of course dove.  We watched the skua track the shearwater underwater, staying on it until it secured a meal and the shearwater flew off, unharmed.  Noontime brought us another larger skua - a Pomarine Jaeger!  This bird also showed well and stayed with us feeding in the chum for at least an hour.  It was nice to see the jaeger even though we have not had easterly wind for some time here!  Today the sea was fairly calm, though the Gulf Stream current was swiftly moving.  Tomorrow will be different, as it always is here offshore from Hatteras, and we look forward to what we will add to the Blitz list over the next thirteen days!

Thank you to everyone who joined us out there today making the trip possible!  Thanks also to Captain Brian Patteson for getting us to all of the right places at the perfect time, and to Ed Corey for helping us lead the trip!

Black-capped Petrels were few in number, but made some nice passes by the boat! (Kate Sutherland) 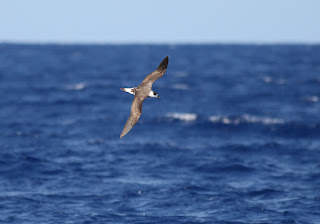 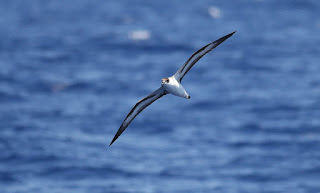 We found a cooperative Audubon's Shearwater near a Sargassum line right at the end of the day! (Kate Sutherland) 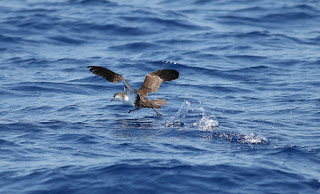 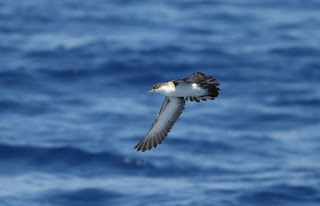 The Wilson's Storm-Petrels came in well to the chum today! (Ed Corey) 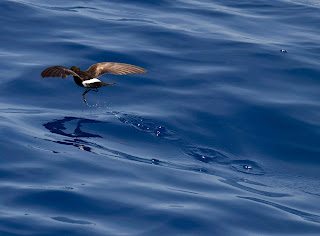 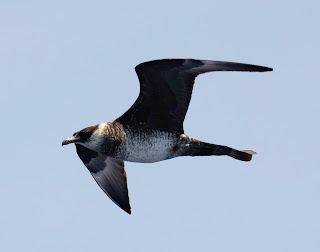 Sitting on the water (Ed Corey) and with its stolen fish (Kate Sutherland)! 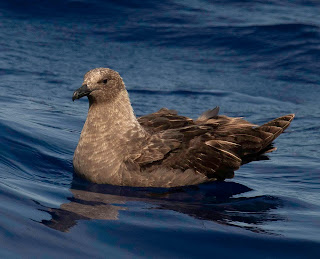 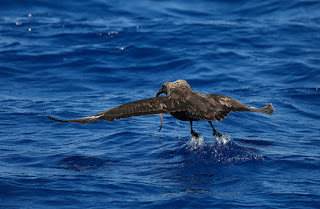 And a couple more photos of the false killer whales, or Pseudorcas! (Kate Sutherland) 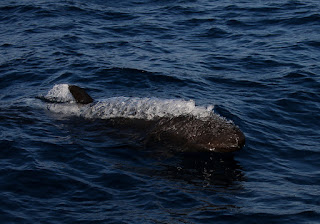 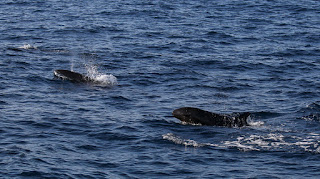 A couple of offshore bottlenose dolphins, in the water and in the air! (Kate Sutherland) 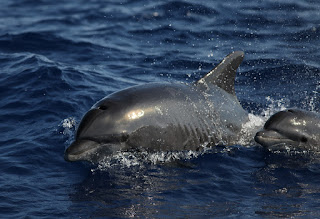 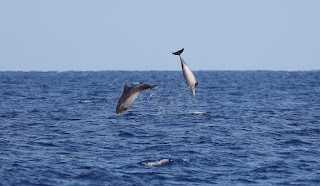