A wind shift midday today made it seem like we were out there on two different days!  This morning was overcast and cloudy with light winds from the southwest, shifting to the west midmorning.  Then around noontime the wind came on from the north, the skies cleared, and birds started really flying!  We had excellent views of most everything we encountered, but one of the highlights of the day was a small pod of three Mesoplodon europaeus, or Gervais' Beaked Whales. (photo Brian Patteson) 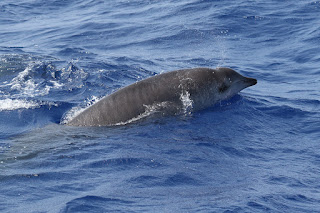 They surfaced right next to the boat and proceeded to swim around and under us for over twenty minutes.  While these small whales are not rare, they are deep divers and spend little time on the surface making them difficult to study.  The area offshore of Cape Hatteras is a known "hot spot" for this secretive species and we encounter them regularly on our Seabirding pelagic trips.  Regardless, what we experienced this morning few humans have ever had the chance to see!

Skuas were a highlight again today in spite of westerly and southwesterly winds.  We had two South Polar Skuas follow us for the morning with the first one joining the slick around 0900 and the second an hour later.  They both came and went until the wind shifted around noontime.  The first bird had white feathering around the eyes and bill making it easy to id each time it came back in to our chum slick! (photo Brian Patteson) 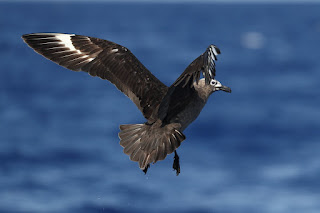 We had at least two Pomarine Jaegers visit over the course of the day and one Parasitic Jaeger offshore.  Not a bad collection for the second day of the Blitz!

Black-capped Petrels were around with more frequency today and were cooperative in the slick.  Cory's Shearwaters showed well and Sooty Shearwaters are showing up now too, so we had some really nice views of both species in the slick and flying by.  Audubon's, however, were not as cooperative, and while a handful were seen, we did not have any that were very close to the boat nor any that sat patiently on the water like yesterday.  We finally had our first cooperative Band-rumped Storm-Petrel of the spring and everyone aboard saw it well! (photo Kate Sutherland) 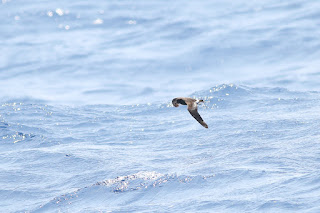 The Wilson's were around in the highest numbers we have seen over the past few days, though that could be partly due to the fresh northerly wind we had in the afternoon!  It looks like we have some interesting wind shifts coming for the rest of this week and we have space on all of the trips, so join us - send an email to me at cahow1101@gmail.com.  Or stay tuned here to see what we turn up out there!

Thanks to everyone who joined us today and a big thank you to Captain Brian Patteson for battling the seas out there so we could go seabirding!  Thanks also to Ed Corey for helping us lead the trip! 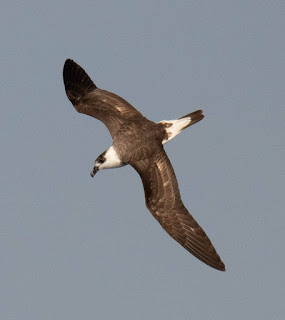 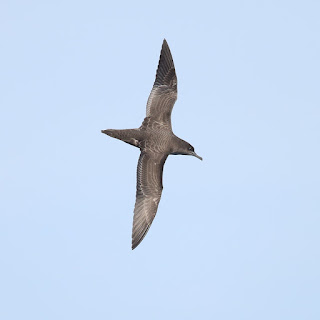 Another image of the Band-rumped Storm-Petrel (Ed Corey) 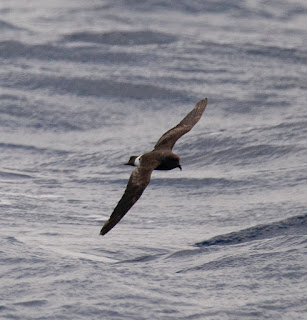 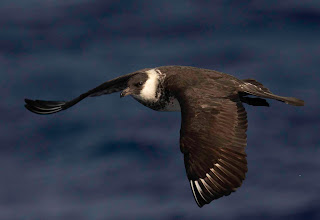 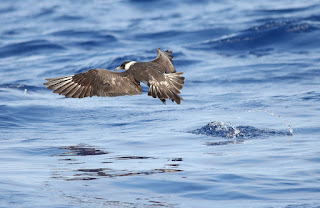 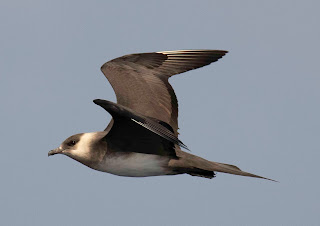 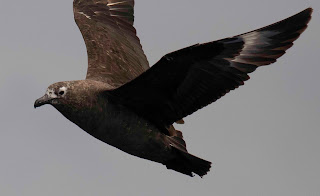 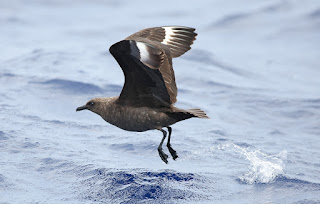 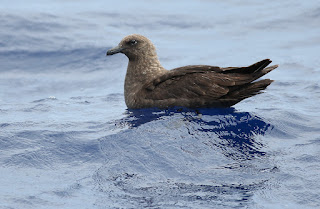 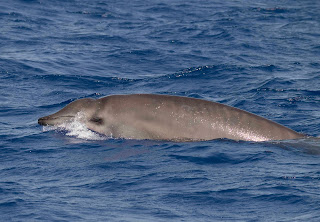 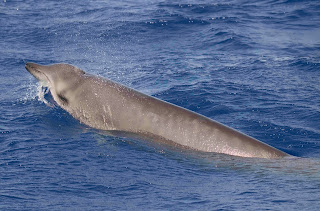 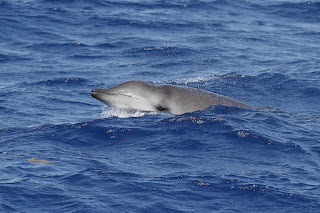