After the northeast winds stacked the seas up on Wednesday’s trip, we were excited to get to the dock and find more calm winds out of the east this morning.  A quick jog to the inlet via the short route, and we were seeing our first Sooty Shearwaters of the day before 6am! (photo Ed Corey) 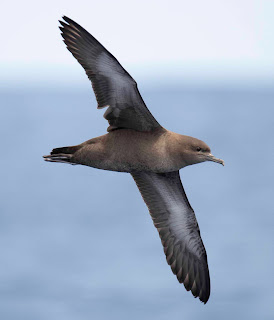 The ride out was surprisingly smooth, and we picked up brief looks at a few birds along the way, including a Manx Shearwater (the first of the 2019 blitz).

We arrived at the shelf break a little before 8, and immediately found Audubon’s Shearwaters and Wilson’s Storm-Petrels.  We had slowed down to start gathering some birds in our slick, when Kate noticed some terns flying over several Cory’s Shearwaters in the distance.  As the birds turned and headed towards us, we were able to pick out our first Arctic Tern of the blitz!  These long-distance migrants pass by our coast on their record-setting journey from the Arctic Circle for breeding, to the Antarctic for feeding, and back again!

Continuing on our way into the Gulf Stream, we began to attract more and more birds, with good looks at Black-capped Petrel and Audubon’s Shearwaters.  We even had a brief encounter with a Great Shearwater on the water, bringing our shearwater species total to 5 for the day!  A short time later, and a call of high flyer had us turn our attention to a Pomarine Jaeger, being attended by a young Masked Booby! (photo Ed Corey) 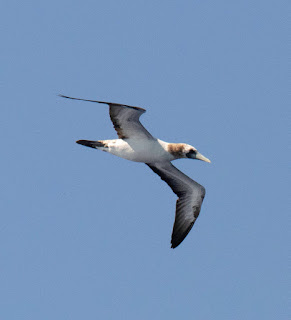 The booby didn’t linger, as it headed off towards the horizon, but the Pomarine joined our crowd and remained for some time.

Around 10am, we noticed a couple more jaegers coming in towards the stern of the boat.  A quick glance showed these to be Long-tailed Jaegers, and they quickly made their way through the slick before heading out.  We’d pick up several more of these graceful pugilists later in the day, including at least one younger bird.

A little after 11, Brian yelled out “What’s this coming down port??”  An intermediate morph Trindade Petrel gave us some incredible passes right beside the boat! (photo Kate Sutherland) 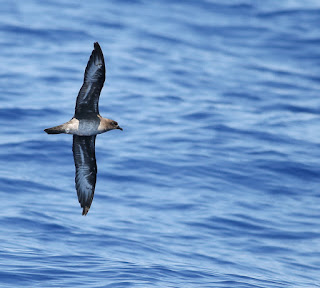 After some initial directional confusion, everyone on board was able to enjoy great views of this speedy gadfly petrel.

As the storm-petrel flock increased in numbers in the slick, we began to get glimpses of Band-rumped and Leach’s Storm-Petrels.  These larger birds are easiest to tell from the ubiquitous Wilson’s by their distinctive flights: Band-rumpeds fly like miniature petrels, and Leach’s are reminiscent of nighthawks.

A South Polar Skua flew in from the stern a little after noon.  Just a few minutes later, Kate noticed a larger dark tubenose in amongst the stormies, and another yell of Trindade echoed over the water, our second of the day!  This bird was a dark morph, with quite a bit of underwing flash seen as it zoomed by the boat. (photo Ed Corey) 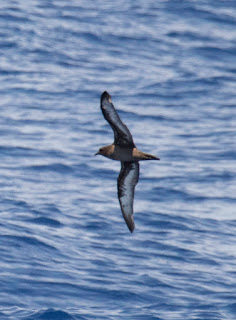 A short while later, we began our tack back towards the marina.  The ride back from the shelf break was relatively quiet and comfortable, but we did turn up a second South Polar Skua just 3 miles from the beach!  A late Northern Gannet was also seen by a few on board, but kept on its way towards Cape Point without dawdling.


*Thanks to everyone who joined us out there today!  And a big thanks to Ed for contributing the blog post and photos for the past four trips! -Kate Sutherland* 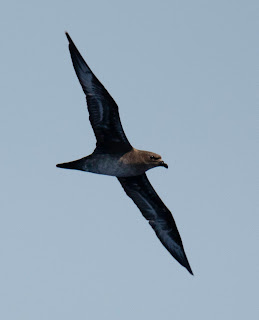 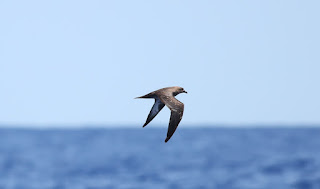 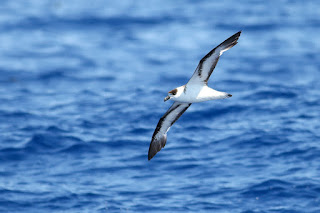 with Pomarine Jaeger, we saw a lot of this today! (Kate Sutherland) 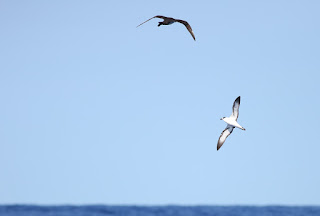 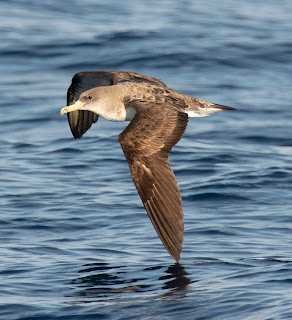 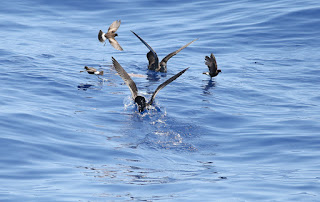 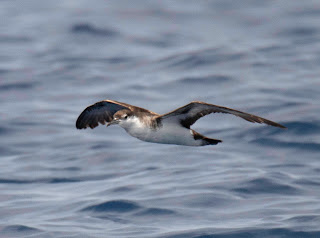 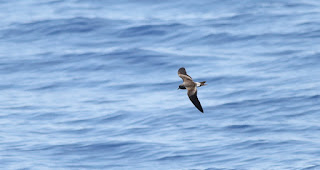 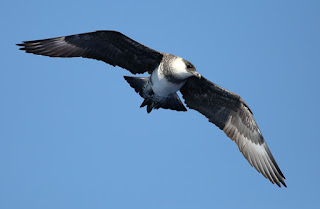 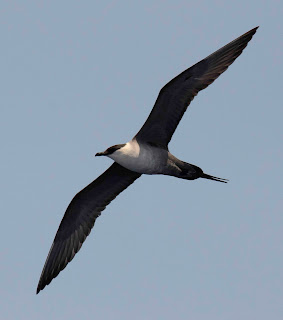 Posted by Kate Sutherland at 10:47 PM