Overnight last night the winds were blowing, but not too much for us to get out there today for our first Seabirding trip of the spring!  Winds were from the west southwest this morning so we didn't expect to see much on our run to the shelf break, plus there was some swell from overnight making for a choppy ride.  So the first bird of the day was a Black-capped Petrel just inshore of the shelf break!  It was a perfect morning for them, though they were not as hungry as we would have liked.  Several Black-caps visited the slick over the course of the day and the views were spectacular, they definitely stole the show today! (photo Kate Sutherland) 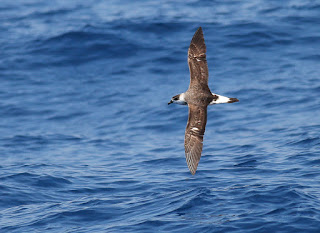 It took awhile for the Wilson's Storm-Petrels to begin following, but by early afternoon we had over thirty back in the slick!  Shearwaters were scarce, though the sea conditions may have contributed to difficulty encountering Audubon's because as the wind fell out, we found a few sitting around on the water! (photo Kate Sutherland) 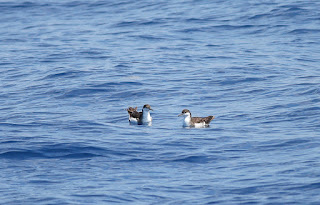 One Band-rumped Storm-Petrel visited our slick just after 1100, and while it was in view only for a short time, it flew right down the port side of the boat, so those who were out there had a nice view!  Not a bad start for the spring, five species and counting...  The Blitz begins on Monday and we will be reporting daily until June 2, weather permitting!

Thanks to everyone who joined us out there today!  Thanks to Captain Brian Patteson for finding the birds, and to Ed Corey & Nate Dias for helping us lead the trip!

The individuals that came in closest to the boat (in decent light!) all were either dark-faced individuals or intermediate looking!  (photo top by Ed Corey, below by Kate Sutherland) 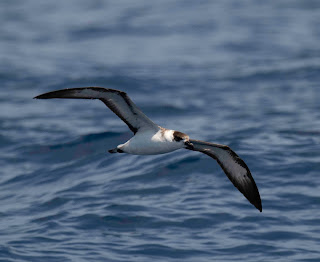 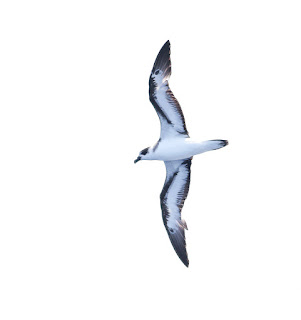 While the Band-rumped Storm-Petrel was not very cooperative for photos, we did manage to get some record shots!  (Ed Corey) 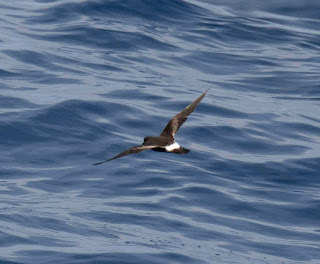 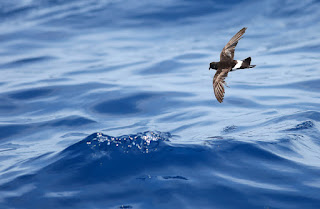 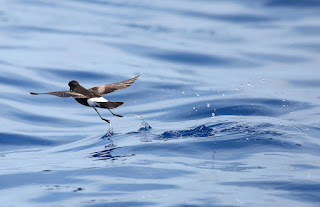 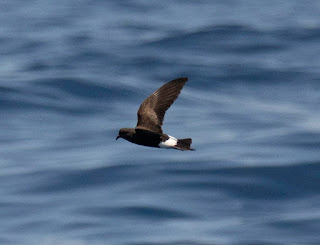 Wilson's with some chum (Kate Sutherland) 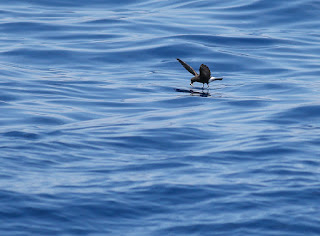 Posted by Kate Sutherland at 8:38 AM