Another day another Trindade Petrel!  Winds were easterly this morning as we headed offshore, and while we didn't encounter many birds on our way out there, we had nice diversity once we passed the shelf break.  Just after 0800 we had a Sooty Shearwater join us in the slick, a few minutes later a dark bird started working its way up the slick...it was a dark Trindade Petrel! (photo Peter Flood) 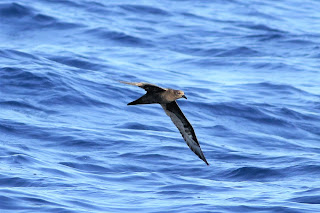 While this bird did not stay with us for very long, everyone aboard had excellent views!

A few more species that we missed yesterday were back again today like South Polar Skua, Pomarine Jaeger, and even a Parasitic Jaeger all came it to visit our chum slick at some point over the course of the day!  We also had a really nice showing of Leach's Storm-Petrels with at least a couple individuals sticking with us and feeding in the chum. (photo Peter Flood) 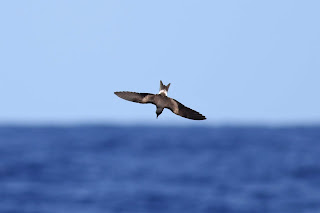 One was diving in the slick to eat pieces of fish, what a treat to see!  Sooty and Cory's Shearwaters were also feeding in the chum when the wind freshened, as it did periodically over the course of the day.  Black-capped Petrels were especially attentive to the slick today and we saw more than we have been seeing over the past few days.  Band-rumped Storm-Petrels also showed well today and we had at least one of them with one of the Leach's in the slick for hours so that everyone was able to study both of the big stormies together!  And while numbers of Wilson's Storm-Petrels were not huge, we had them with us all day. (photo Peter Flood) 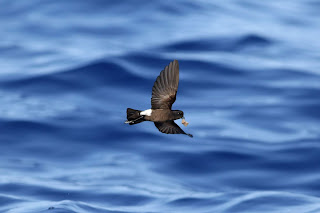 Tomorrow the winds will be back to southwest, so who knows what that will bring?  We'll be out there to see, and will be sure to report our findings!  Thanks to everyone who joined us out there today, especially our leaders, Peter Flood and Jeff Lemons.  Peter also supplied the photos for the blog post again tonight - thank you Peter!!

All photos below by Peter Flood!
Black-capped Petrel 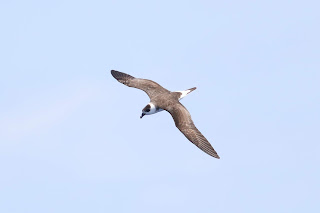 Cory's type Shearwater - this bird looked similar in size to Atlantic Cory's it was flying with, but it had some white in the underprimaries.  Who knows?  Many times this distinction is not as easy as it seems (or as we would like?). 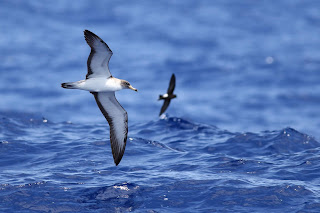 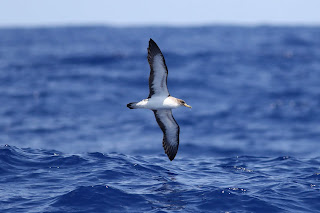 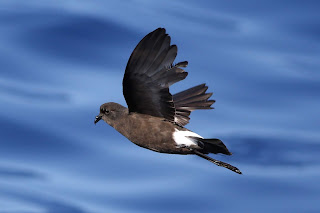 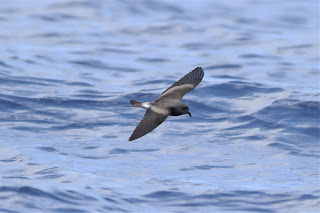 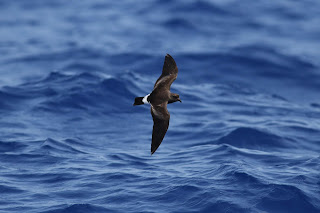 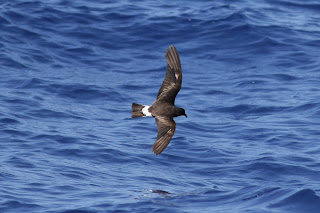 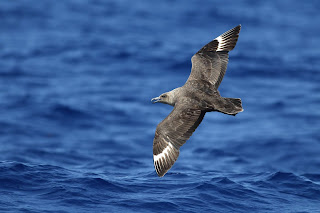 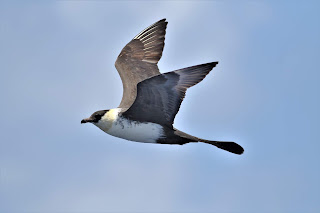 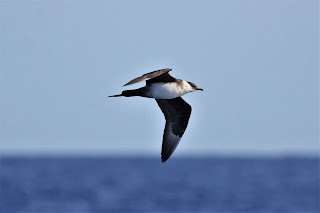 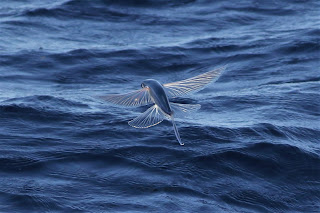 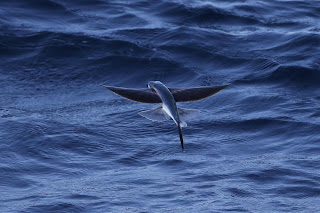