This morning the sun rose in a clear sky as we headed offshore with a light northeasterly breeze.  Birds were flying nearshore this morning for the first time this spring!  We saw at least one Sooty Tern, a few jaegers, three species of shearwater, a South Polar Skua, and a Black-capped Petrel all inshore of the shelf break!  The winds picked up as we got farther from shore and the Gulf Stream current was up over the shelf break, so the northeast wind against the current really made for some spectacular seas!  But the period was quite bearable, and made for a really nice set up for seabirding.

Right off the bat Ed Corey spotted a Fea's Petrel coming in toward the boat, before 9 in the morning! (photo Brian Patteson) 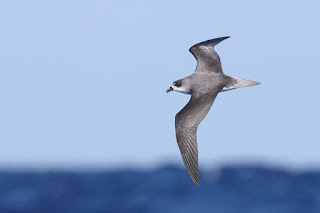 Oh yes, it was going to be a good day!  So we set out a slick with some extra chum and the petrel came right in to us, feeding and making ever closer passes for almost thirty minutes!  All the while Black-capped Petrels were also wheeling around and feeding in on the chum as well.  Before we picked up from that slick we had good views of Cory's, Sooty, and Audubon's Shearwater plus a very cooperative Band-rumped Storm-Petrel!  As we pulled away to head offshore again, a Leach's Storm-Petrel flew right in to the stern and everyone had nice views of the second large storm-petrel of the day.  Black-capped Petrels were very responsive to the chum today, perhaps the wind had something to do with it!  They were really flying, it was awesome! (photo Brian Patteson) 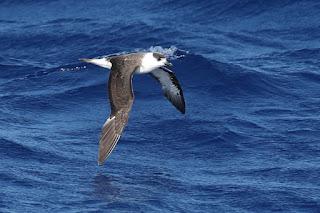 We sat on at least one more slick, working up and drifting back.  Wilson's Storm-Petrels really responded well and we had a second summer Pomarine Jaeger come in and check us out for a few minutes.  As we picked up from the last slick for our inshore tack, we had almost a hundred Wilson's Storm-Petrels following plus two Leach's and another Band-rumped Storm-Petrel.  Black-capped Petrels were zipping in and out of the slick and we had two Sooty Shearwaters in attendance.  Our final slick guest was the first Great Shearwater of the spring!  Birds were flying as we passed into the shelf waters and we ended up with a nice afternoon inshore list as well.  What a day!

Thanks to everyone who joined us today and thanks to Captain Brian Patteson for a great job, as usual, and Ed Corey for helping us to run a solid trip!  Until tomorrow everyone!!

Okay - a few photos of the Fea's Petrel!  By Brian, Kate, and Ed 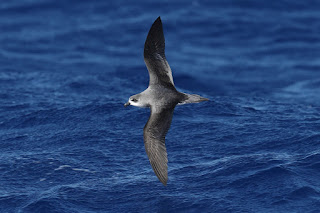 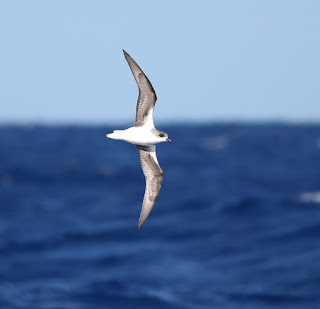 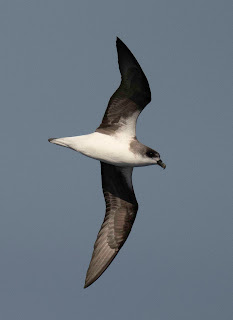 A Black-capped Petrel seemed to be chasing the Fea's for a minute in the slick! (Brian Patteson) 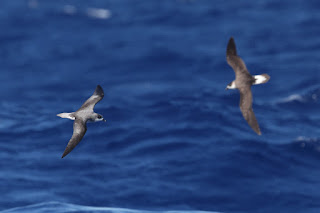 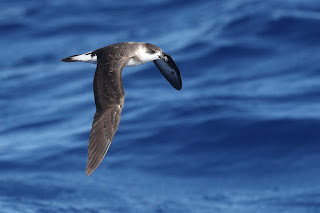 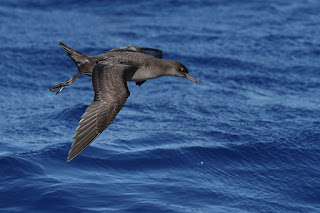 One of our Band-rumped Storm-Petrels near the chum poly ball, and flying over a wave (Kate Sutherland) 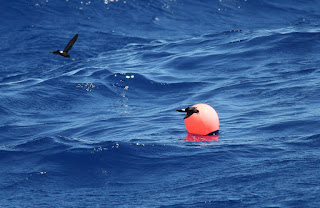 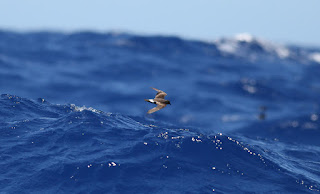 A couple of Wilson's Storm-Petrel images by Brian Patteson 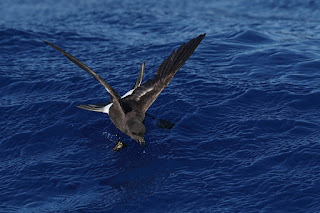 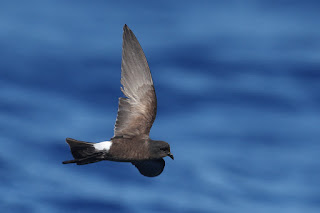 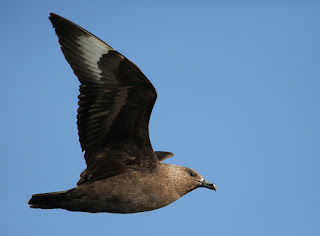 & last but not least, the subadult Pomarine Jaeger (Kate Sutherland) 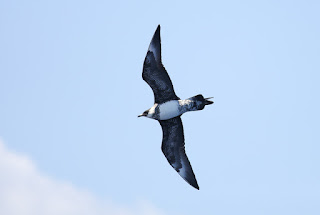