Fourteen participants and Captain and crew of the Stormy Petrel 2 steamed out of Hatteras Inlet under party cloudy skies and freshening southwesterly winds. We plowed our way through 4-6 foot seas in transit to the shelf break and managed to turn up a couple of northbound Sooty Shearwaters and a dozen or so Cory's Shearwaters while underway. Seas were a bit more agitated at the shelf break as the water tend to pile up here under the right conditions.  Black-capped Petrels were in their element in the brisk winds - arcing high and ripping past the boat in true Pterordroma fashion.  (All photos below by Peter Flood unless otherwise noted) 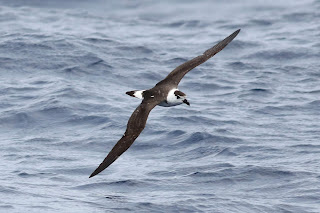 A South Polar Skua (one of three individuals seen today) bullied its way into the chum slick around 9:45 and at one point made a B line along the starboard side of the boat to pursue and kleptoparasitize a hapless Cory's Shearwater up ahead of us. This was an all-to-brief but interesting interaction as after the attack on the Cory's, four Black-capped Petrels seemed to materialize out of nowhere and made several aggressive swooping passes by the Skua which had landed on the water at this point. 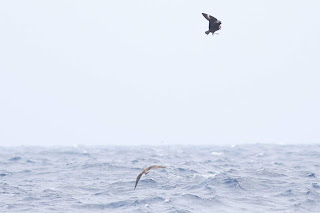 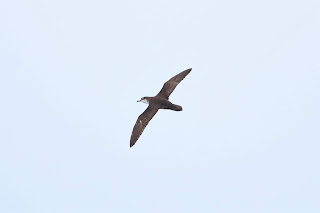 We were able to chum up a few Band-rumped and Leach's Storm Petrels both of which were seen well today by our participants. 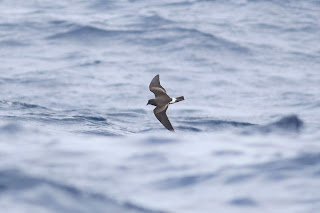 Marine mammals have been somewhat scare the last 3 trips so we were delighted to have a few Short-finned Pilot Whales flirt with the Stormy Petrel 2 early in the afternoon.  (photo Kate Sutherland) 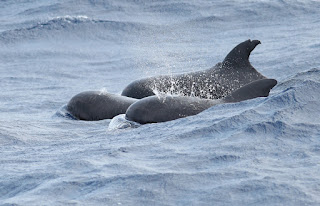 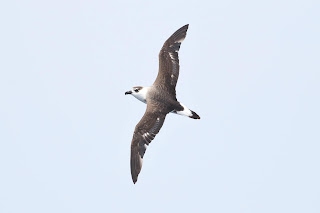 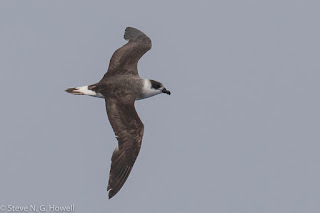 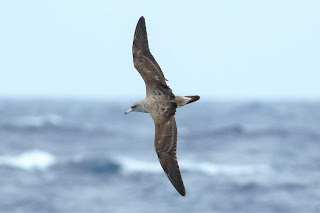 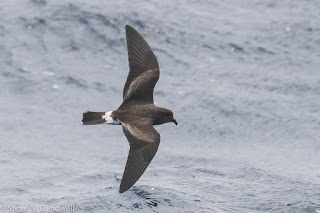 And our skuas!  Top and bottom two by Peter Flood, second by Steve Howell
First individual 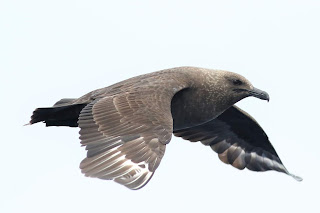 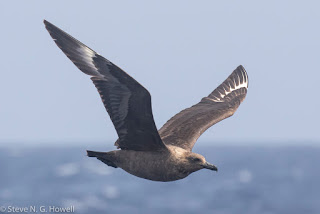 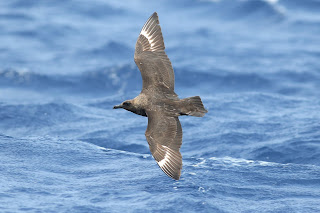 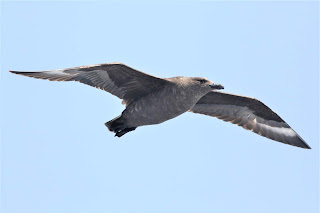 Posted by Kate Sutherland at 8:46 PM