Another day of moderate to brisk NE winds. The run out of the inlet was good, with more of the water staying in the ocean than several of the recent outings. It was a comfortable ride to the gulf stream. Immediately after slowing down, we turned up an adult Bridled Tern. We began working offshore, and found good numbers of Cory's and Audubon's Shearwaters, including several small groups of Audubon's on the water, allowing some of the season's best views.
Eventually the Black-capped Petrels put in an appearance at the slick, making close passes to the delight of the photographers on board.Wilson's Storm-petrel numbers were steadily building, and it wasn't long before the first Leach's and Band-rumped Storm-Petrels were sighted. The numbers weren't high, but the quality of looks was excellent, with several very close approaches in the slick. A beautiful sub-adult Pomarine Jaeger stayed with the boat on and off for a couple of hours, occasionally being driven off by Black-capped Petrels, in a reversal of roles.Our search for birds was interrupted briefly by a pod of Offshore Bottlenosed Dolphins who surrounded the boat and did a bit of bow riding, their whistles and clicks could be heard by those in the bow pulpit. The marine mammal show continued with a breaching Gervais' Beaked Whale. Three quick leaps and the whale was gone. several lucky photographers caught the jumps, not easy to do.As we headed for home, a very large whale breached once behind the boat, but was not seen well enough to identify. It was a smooth ride back to the dock, and a very pleasant day at sea. No rare birds, but that's why they are rare!
-Todd McGrath

Thanks to everyone who joined us offshore today and a special thank you to our leaders: Todd McGrath, Bob Fogg, Dave Pereksta, and Tom Johnson for helping us out on Day 10 of the Spring Blitz! 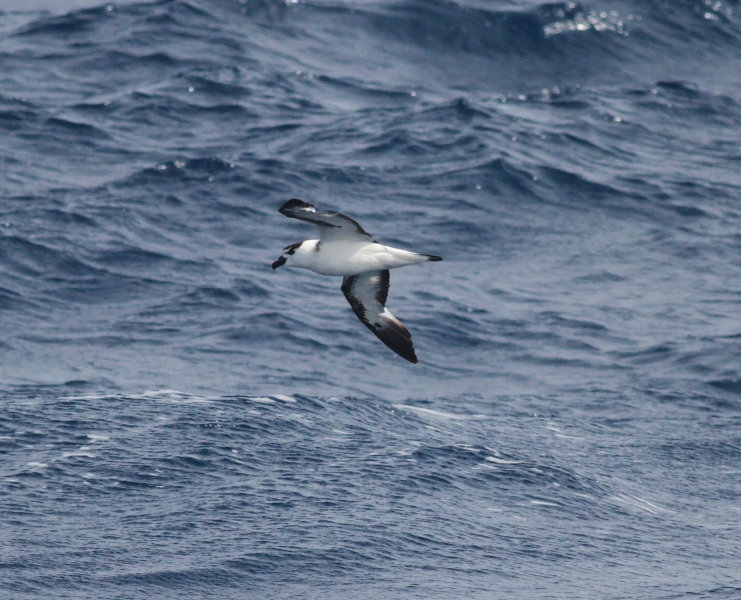 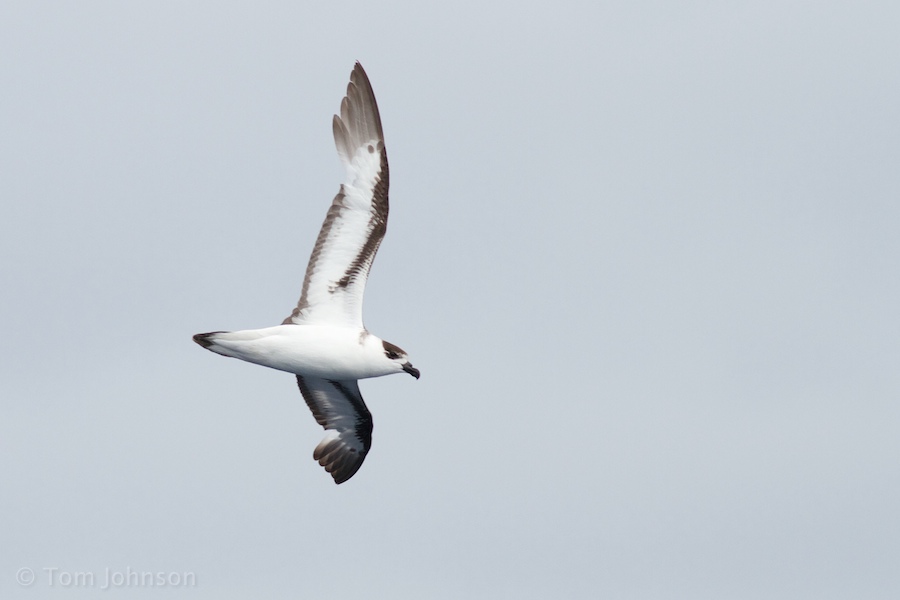 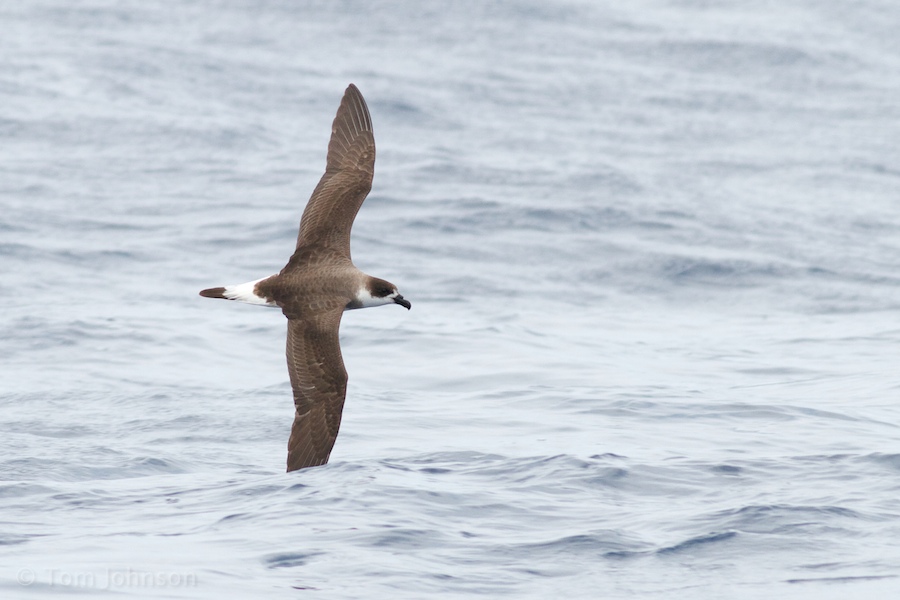 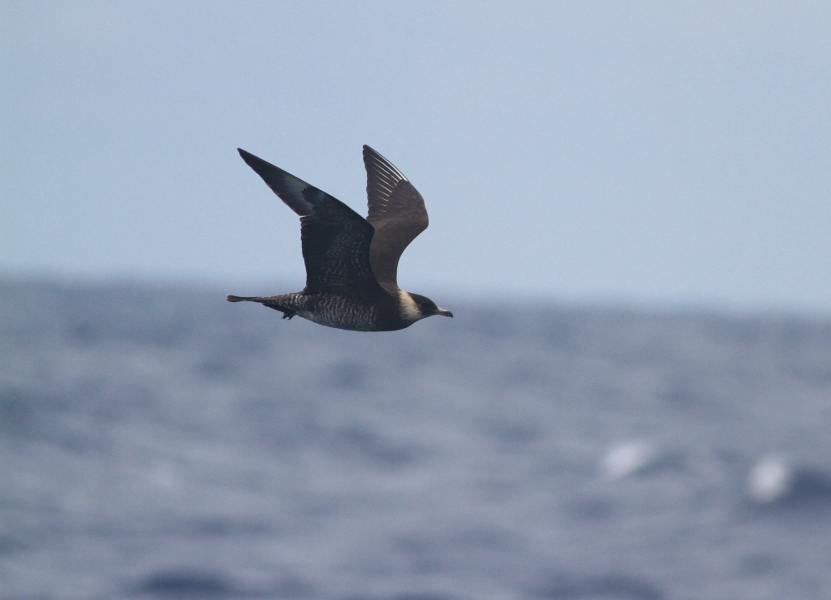 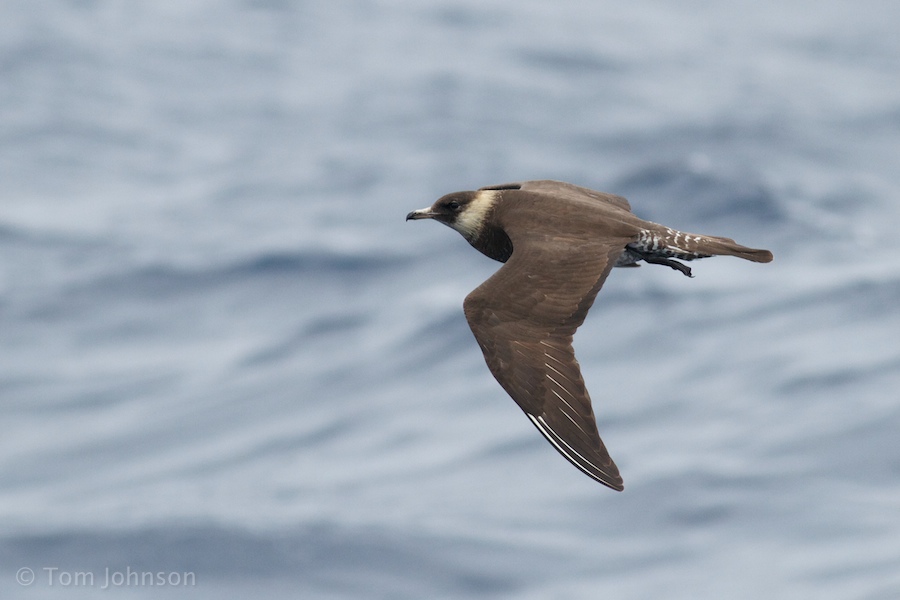 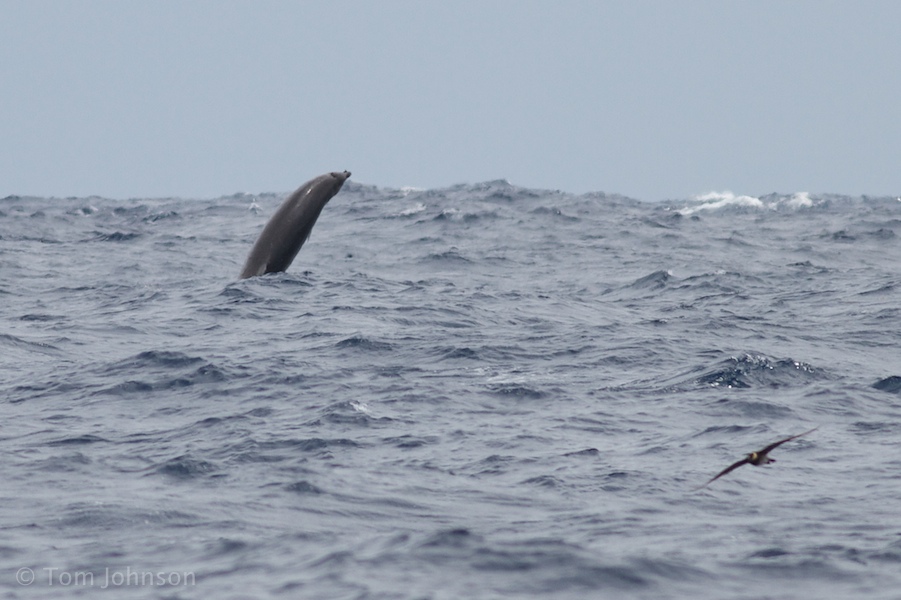 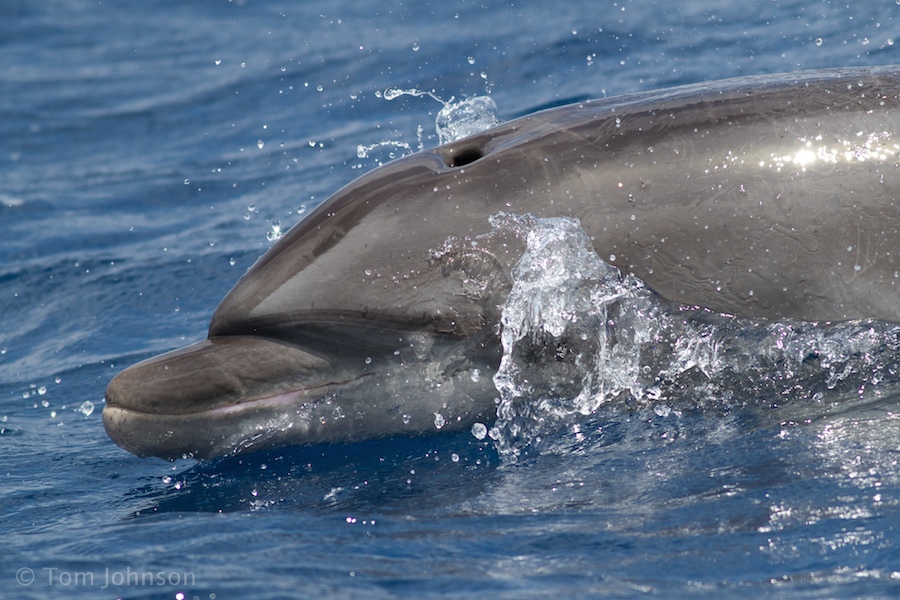