Saturday morning the winds were still gusting to over 20 knots offshore from the west northwest.  Our 13 participants climbed aboard, eager to get offshore even if it might be a bit breezy!  The forecast was for the winds to shift a little more to the north over the day, but ended up with the westerlies enduring, though the winds fell out a bit by the afternoon.  We were lucky to find that the swift moving Gulf Stream current was farther offshore, so while the conditions were a little choppy thanks to a confused sea from a front that passed through on Friday into the evening - they were not as challenging as they could have been!  The sun was shining and the wind was cool, sometimes even chilly - refreshing out there in the warm water.

Just inshore of the shelf break we slowed when the first Black-capped Petrel of the day darted by in the sun glare!  The chumming began and we all searched in earnest for a sighting - distant views of Cory's Shearwater, an Audubon's zipping across the stern, one Wilson's Storm-Petrel hanging out way back in the slick...not what we were hoping for!  We did, however, have a couple Leach's Storm-Petrels show well in the slick and around the boat.  As the morning progressed, we were able to find some little groups of activity.  There was scattered sargassum, disorganized by the swell (SE) and wind waves (WNW) making it tough to find cooperative Audubon's, but there were good numbers around and soon everyone had a good look at these small black and white shearwaters.  It's possible they were not able to feed much on Friday with the weather that moved through so they were eager to forage Saturday!  Black-capped Petrels on the other hand, have probably been feeding at night in the bright moonlight and were a bit more difficult to entice close to the boat.

We headed offshore, almost reaching the thousand fathom curve, but the sargassum thinned as we moved farther out and life was no where near abundant as what we'd had closer inshore.  By the time we got back into the sargassum, it was a bit more organized and holding some birds!  We found a nice group of Black-cappeds, Cory's & Audubon's Shearwaters, and even a lone Pomarine Jaeger harassing the feeding group!  Following this feeding group for a while paid off in terms of a lone, white tern flying ahead and occasionally dipping down to the group for a morsel...when we got closer Brian was able to identify our first Arctic Tern of the season!  This was a nice surprise and the bird was cooperative enough to allow good views and photo ops.  A small group of offshore Bottlenose Dolphins joined us before we picked up to head home - overall, a very satisfying day to be offshore!

Thank you to everyone who joined us for the trip, and thanks to Jeff Lemons for helping us lead it!  Updated May 19, 2014 to add photos - all by Jeff Lemons. 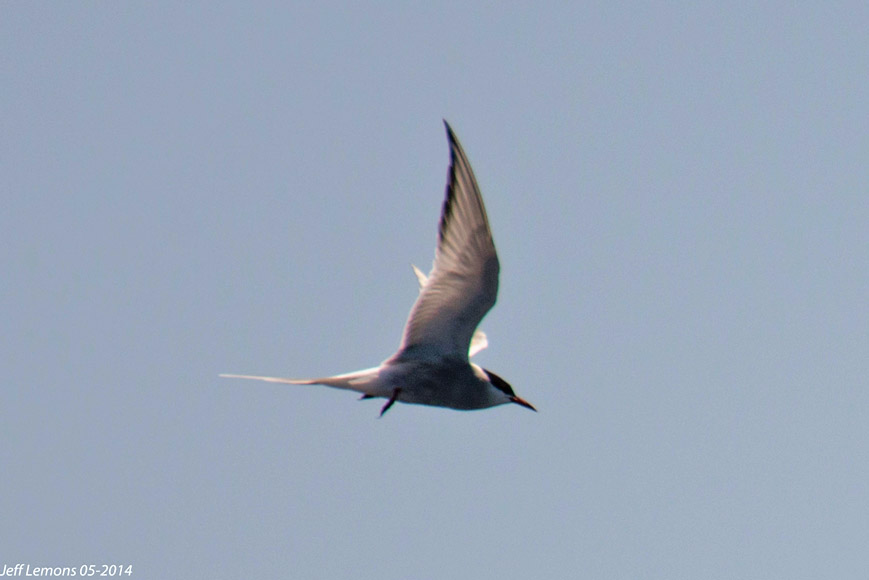 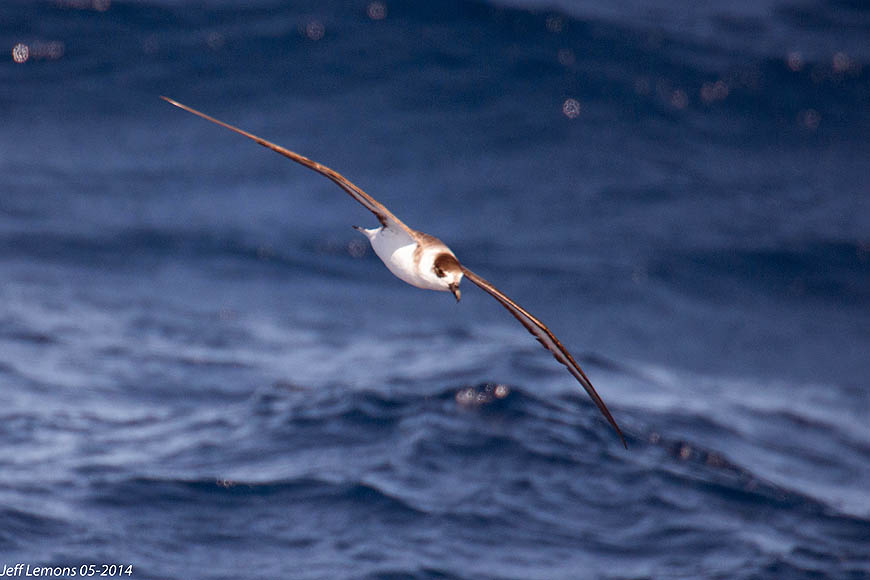 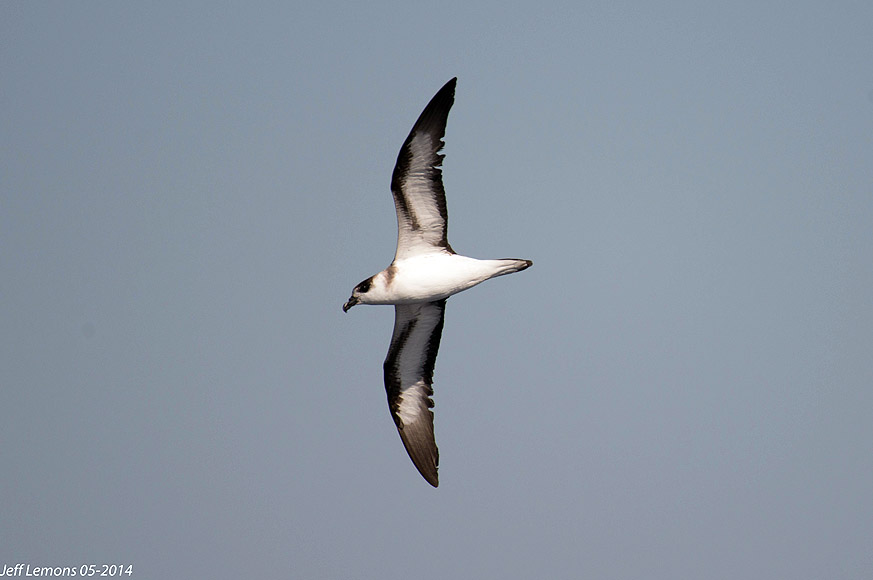 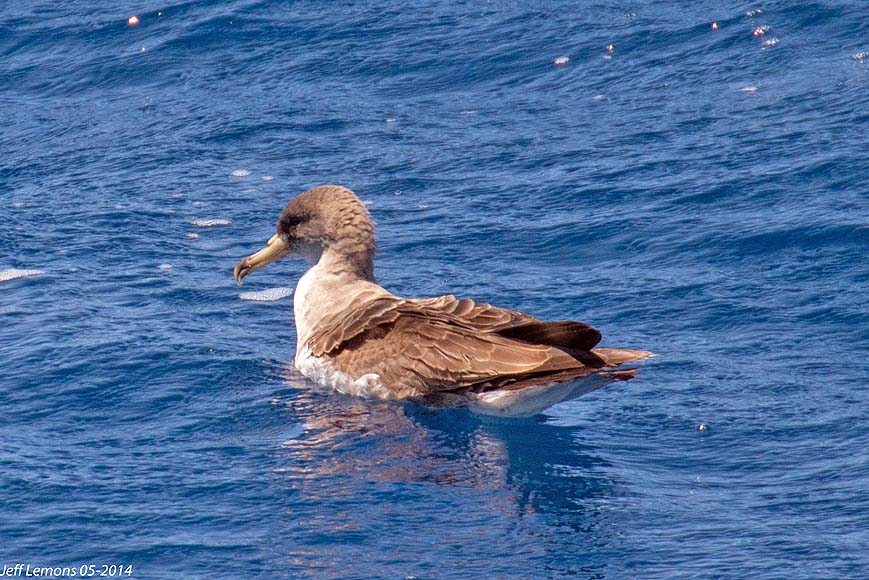 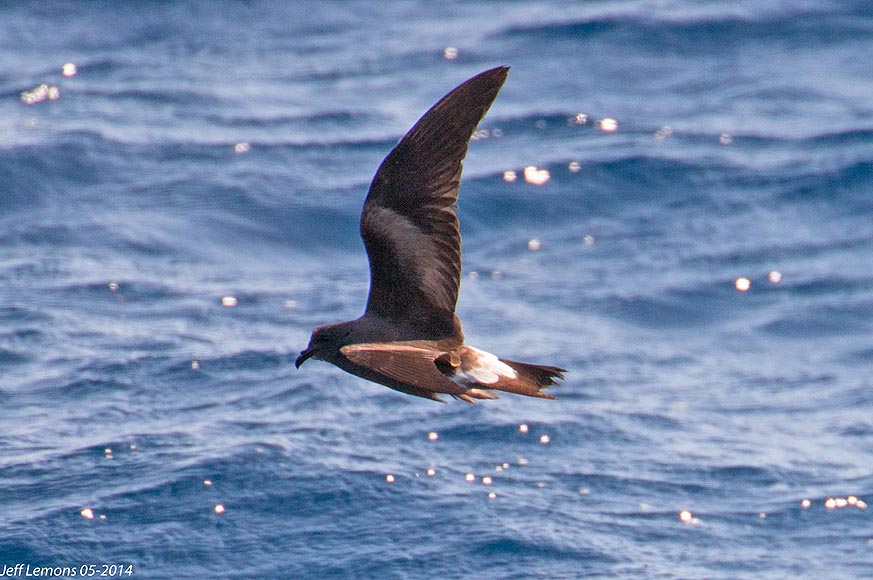 Posted by Kate Sutherland at 5:17 PM