Day 5 of the Spring Blitz started with glassy inshore waters, Cpt. Brian Patteson piloting the Stormy Petrel II past the usual cast of gulls, terns, and pelicans joined by a few Common Loons still making their way North.   Almost immediately outside of the inlet, we picked up the first Sooty Shearwaters of the trip.  As we gained speed to make the run to deep water, some 30 miles offshore, the conditions were shockingly nice in comparison to the last few days. There was some concern that the birds would be less willing to fly and require more searching in such idyllic weather.  We needn't have worried, as Cory's Shearwater and Wilson's Storm-Petrel started to appear before Mate Kate Sutherland started the fish oil drip and her top-of-the-line chumming operations.  Always strong spotters, Dave Shoch, Todd McGrath, and Big Dave Pereksta started calling out  Black-Capped Petrels as they appeared on the horizon, allowing everyone onboard ample time to get in position to view or photograph some close passes in good light of this spectacular regional specialty.
Everyone was surprised by the appearance of a very confused Cedar Waxwing, which approached the boat twice before leaving again to try to find land.
Audubon's Shearwater kept their distance, but were readily identifiable as they rocketed through the loose flock of Storm-petrels that were gathering in the slick.  They were good practice for getting on a fast moving target, as the second Pterodroma species of the day was about to appear.  Hearing an excited shout of "Trindade Petrel!" the boat burst to life as the obliging, but fast, dark-morph bird gave everyone on board good looks before dashing off, quartering neatly into the light wind. Dave Shoch had a great perspective about the sightings of these birds, with 5 or 6 sightings in the last 3 days.  He pointed out that for all of the other wonderful pelagic birds seen off of Hatteras, there is somewhere else in the world you could possibly go to see the birds.  Atlantic-breeding Trindade petrels however, which nest on an island/naval base off of the coast of Brazil, are arguably best seen here.
After the appearance and departure of the Trindade petrel, everyone was ready to tackle the growing flock of storm-petrels behind the boat.  Careful studies were made of the Wilson's Storm-Petrel's distinctive appearance and behavior so that should any other species appear, it would be noted.   When a larger bird dropped into the mix, there was momentary confusion before the realization that this was a Leach's Storm-Petrel, boldly patterned, and flying with angled wings.  Soon enough we had the opportunity to compare this with the heavy molt and petrel-like flight of a Band-rumped Storm-Petrel.
Another shock was the tidy appearance of a Pomarine Jaeger who approached high and then put on a great show for the photographers, making everyone question why all the other Pomerines we see look like such deadbeats.
Off the bow, one of the California visitors picked on a large shark swimming just under the surface of the slick.   Relatively lean, with broad, long fins with white tips it was tentatively ID'd as an Oceanic Whitetip- an epipelagic predator that has been seriously reduced in the North Atlantic by the shark fin trade.
As the day wore on into afternoon a few other appearances got everyone up to the rails of the Stormy Petrel II. First an Arctic tern floated in, effortlessly buoyant in the air and with crisp field marks to allow everyone to make their own identifications.  Then a Great Shearwater, the last of our shearwaters 'expected' for the season, stopped in for snacks in exchange for photos opportunities.  A fly-by Red-necked Phalarope closed out the bird list as we started to jog back to shore.
The sargassum collection, as always, demonstrated just how amazing pelagic life can be. Once scientific samples were taken, for analysis back in the lab, everyone was invited to search through the plants looking for shrimps and crabs, and many other invertebrates perfectly camouflaged to live in the floating algae.

-Thanks to everyone who joined us today, and thanks to our leaders: Dave Shoch, Todd McGrath, Dave Pereksta, and Sea McKeon for helping out!  Thanks to Sea for preparing the blog post too (so I can get some sleep!). 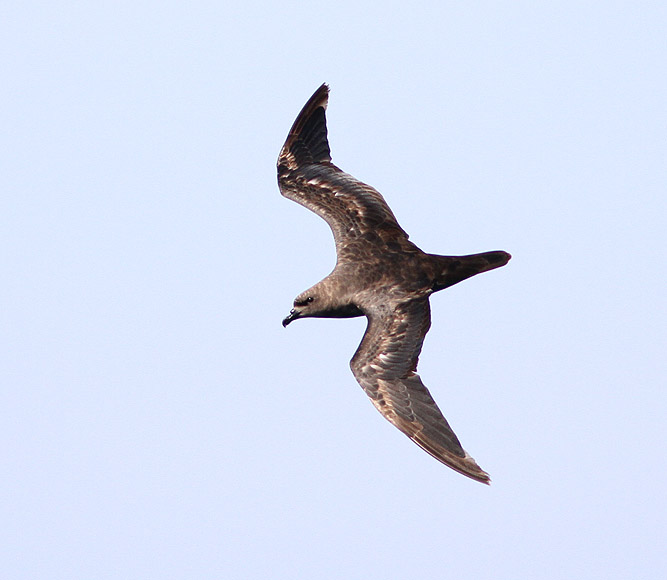 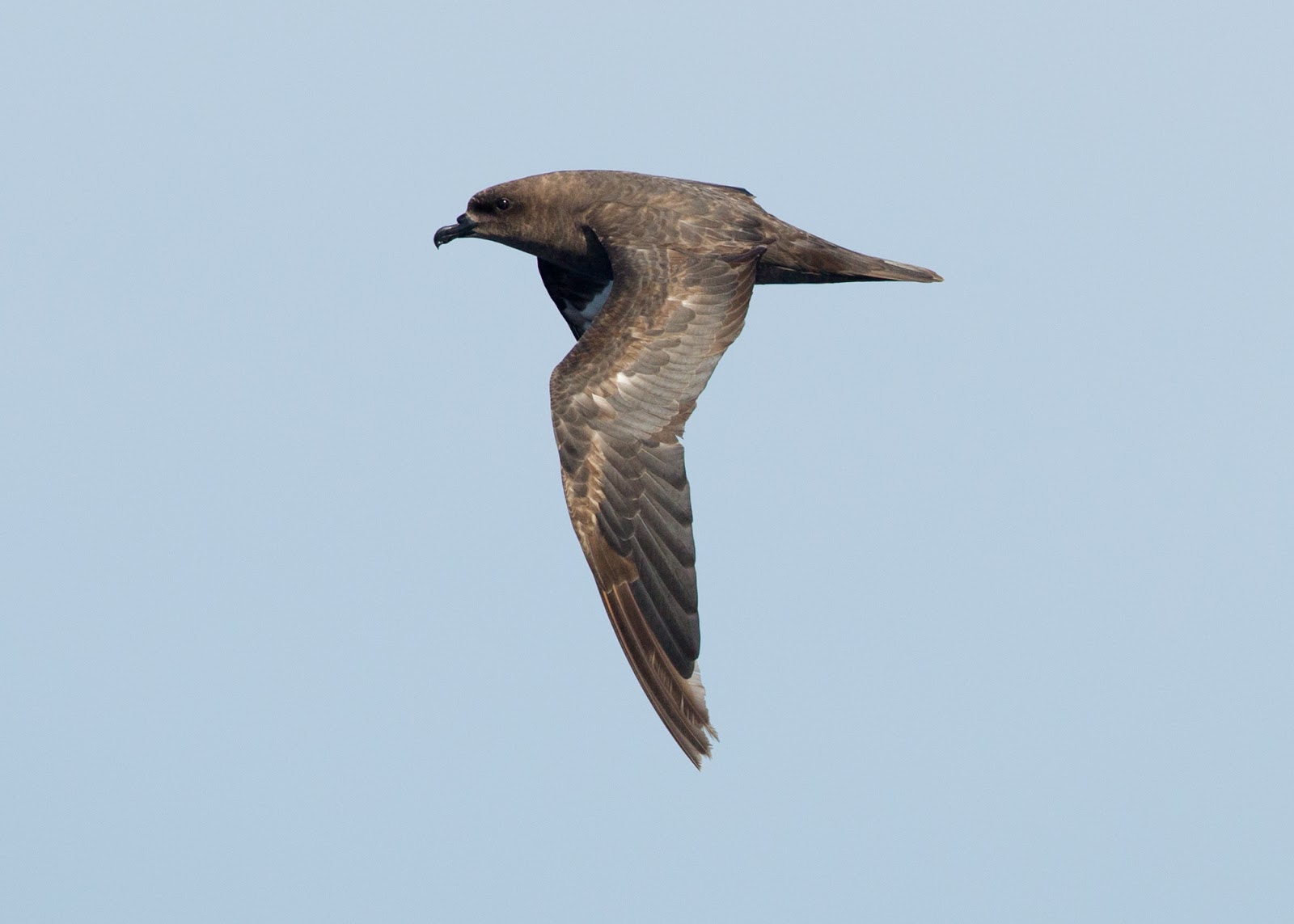 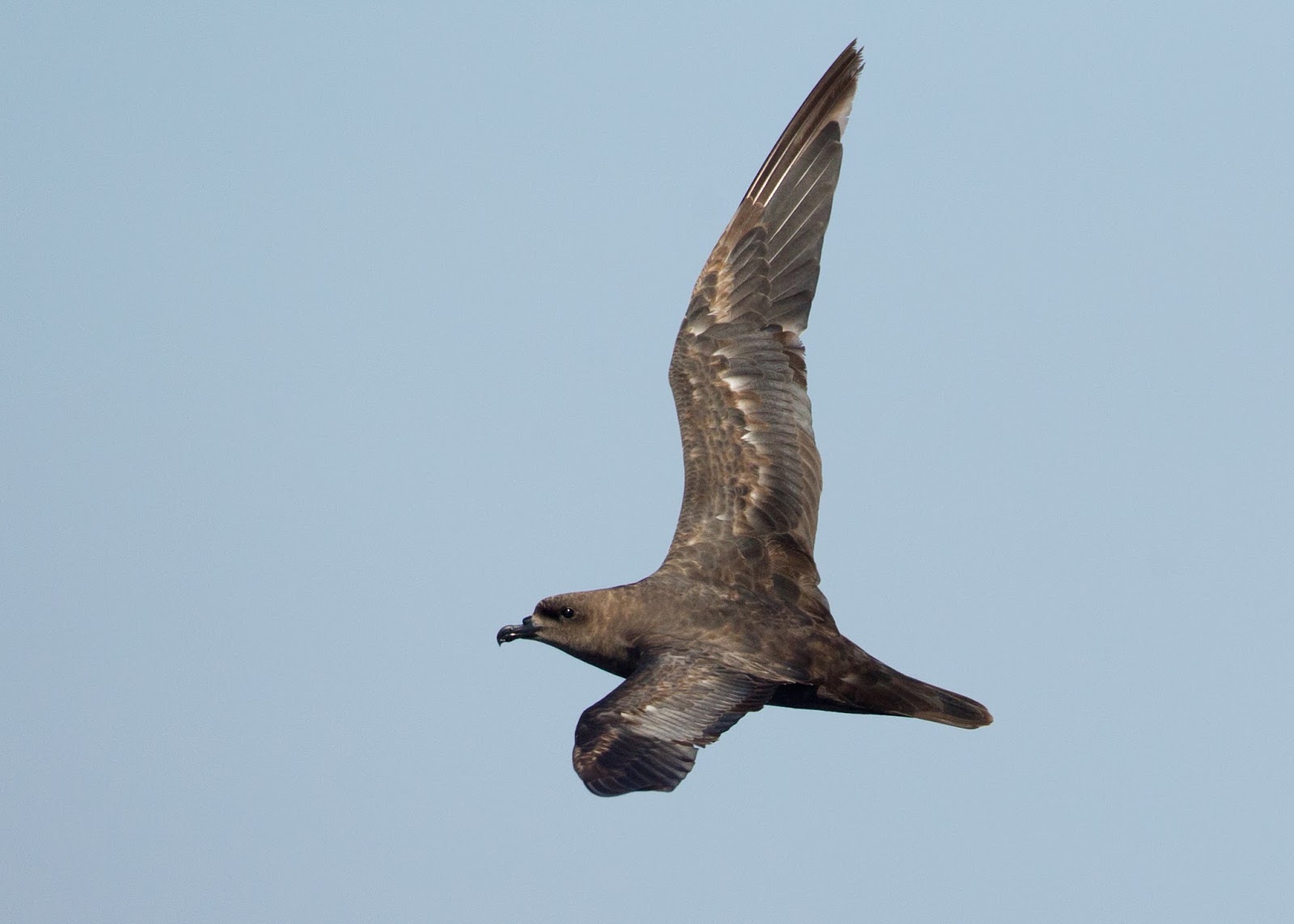 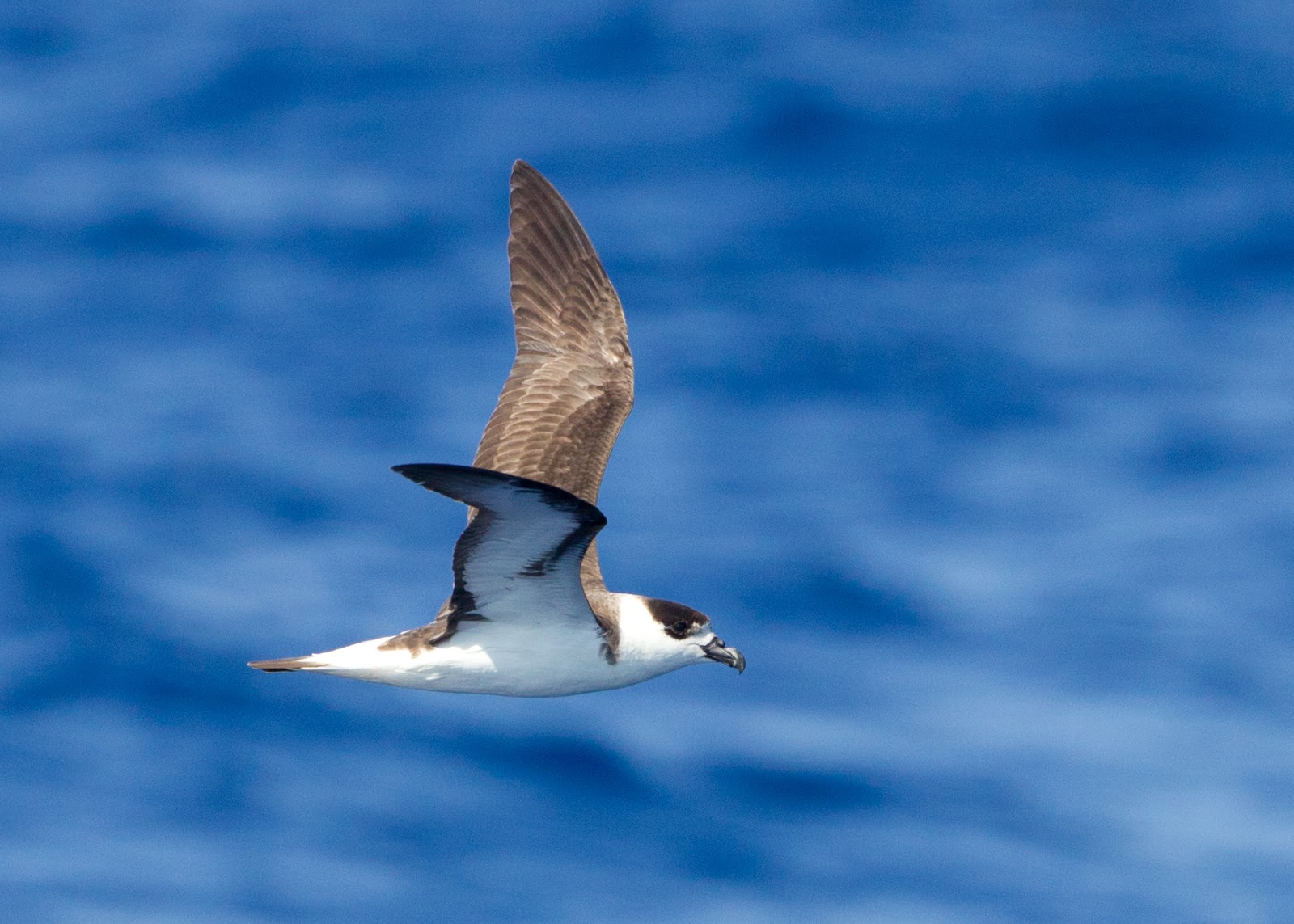 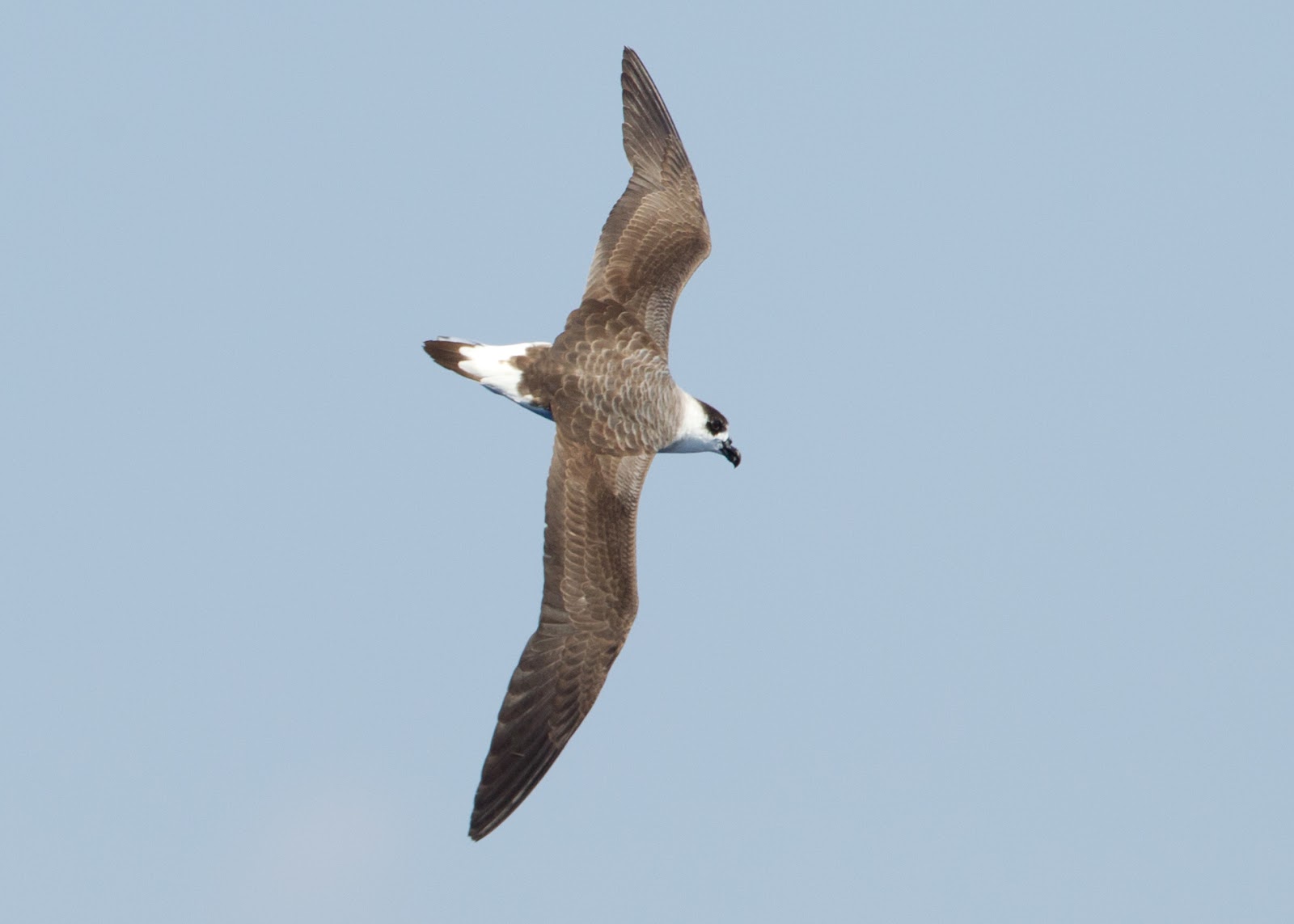 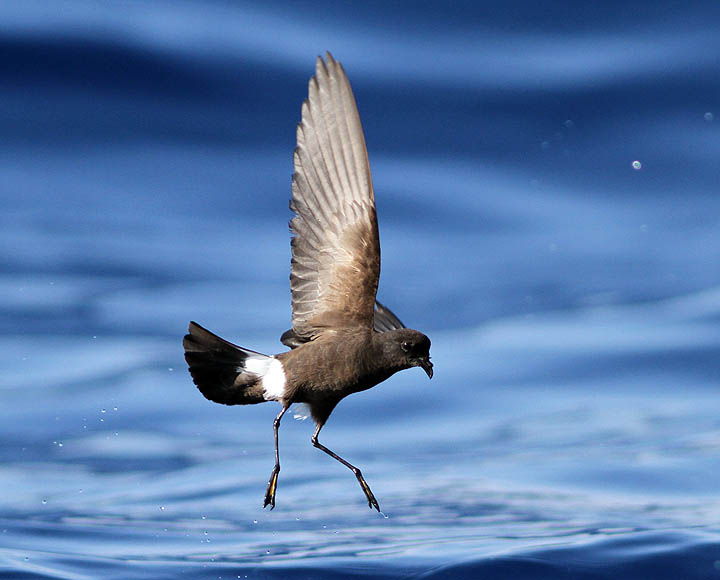 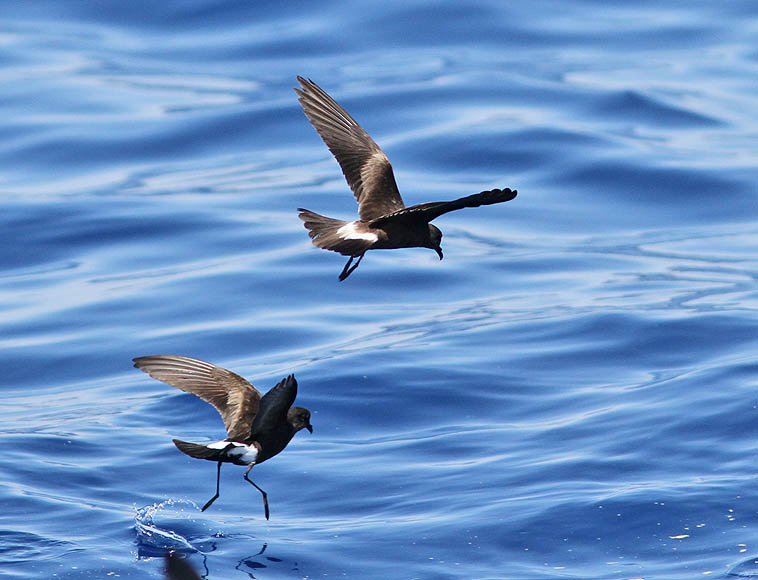 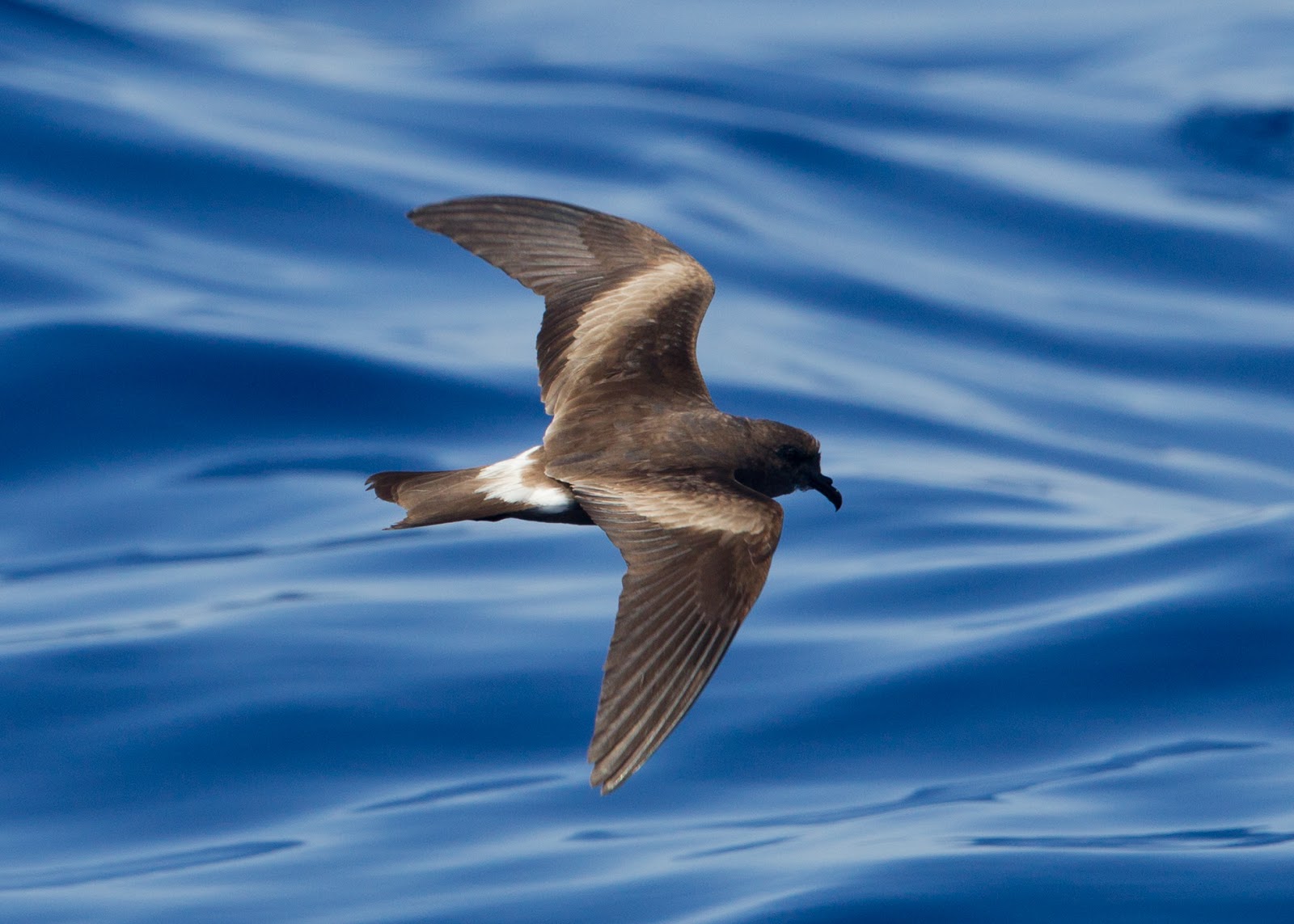 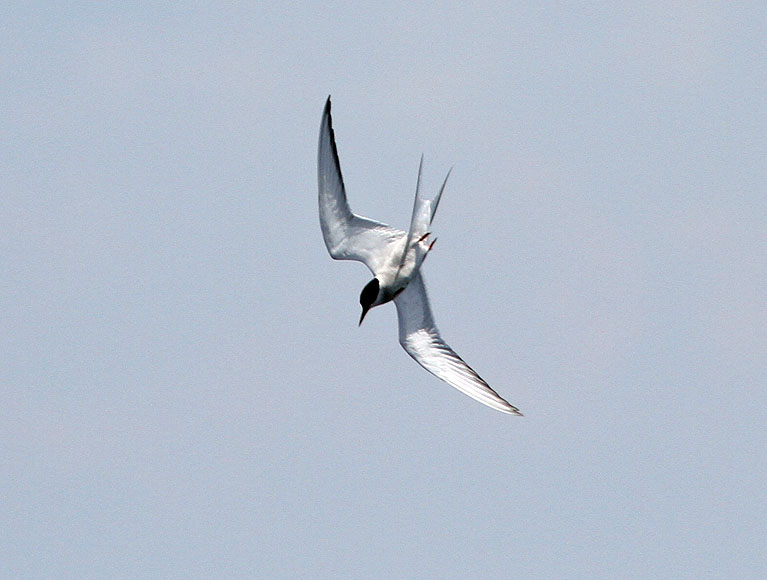 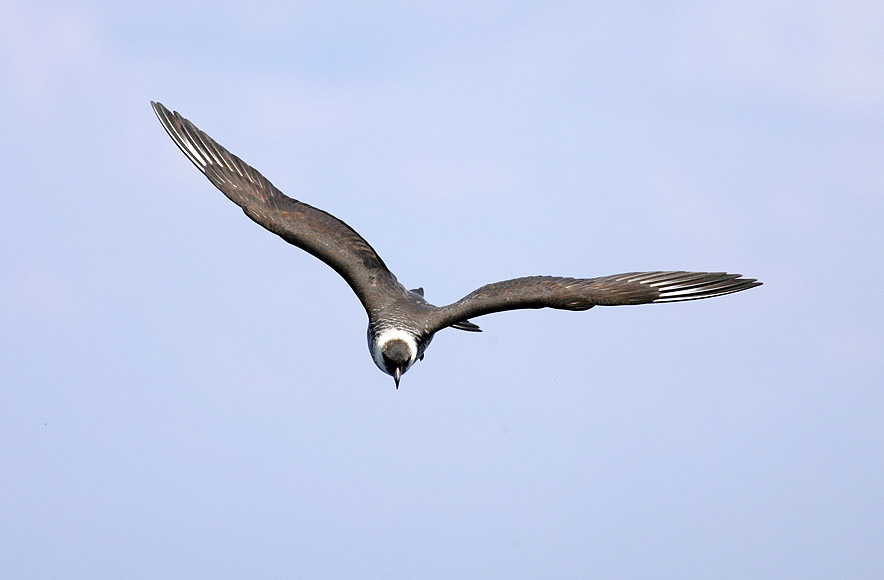 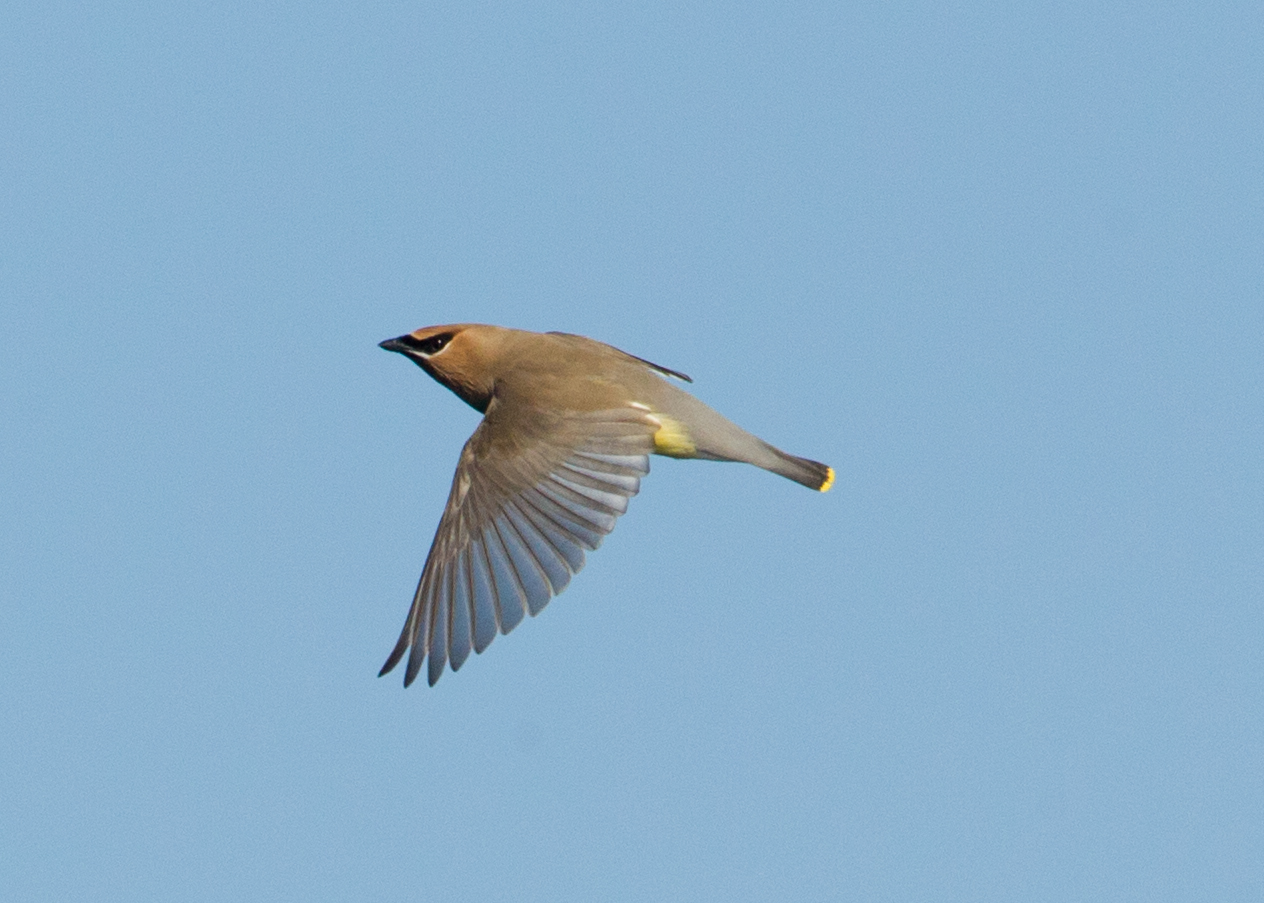 Boats running out in the morning (Brian Patteson) 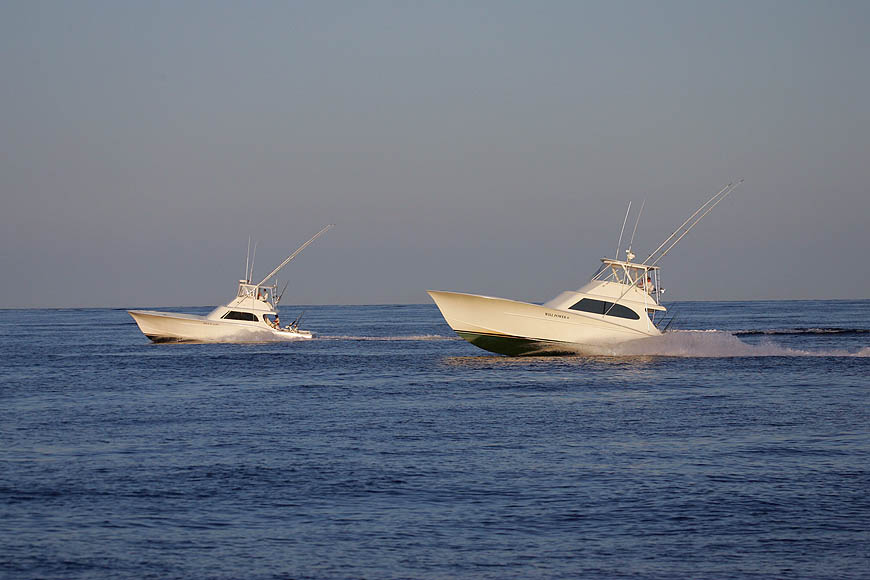 Posted by Kate Sutherland at 9:11 PM