Breezy this morning and forecast for more wind as the day continued;  translation: uncomfortable day for humans good day for birds.  We departed with 16 participants at 0545 precisely.  Just outside of the inlet there was a nice flight of Sooty Shearwaters to greet us and start the day!  Excellent views were had as we slowed for a few minutes, then continued our drenching journey offshore.  There were birds on the way out, Sooty & Cory's Shearwaters plus a few Wilson's Storm-Petrels.  Black-capped Petrel and Pomarine Jaeger were added to the list shortly after slowing down.  Chum was out but birds were slow coming into the slick in spite of the wind - we finally had excellent views of Black-capped Petrels and Wilson's Storm-Petrels plus some nice looks at Cory's.  Just after 0930 a Great Shearwater flew into the slick and it was hungry!  We decided to drift for a bit and see what we could chum up - after that everything happened rapidly.  First there was a distant, small gadfly petrel in the glare, maybe a Bermuda Petrel or Trindade?  The conditions allowed the birds to move quickly and also allowed us to see many arcing on the horizon - not always the easiest to get close, long views of them.  A second summer Pomarine Jaeger came in to harass our Great Shearwater, then, a Fea's Petrel flew by way back in the slick.  A few people got on it, but then less than five minutes later, a European Storm-Petrel showed up close to the boat in our flock of Wilson's!!  We drifted, changing positions to keep up with or revisit the chum, for over an hour;  the European SP (one or more...) stayed with us for almost two hours.  We added a couple of Leach's Storm-Petrels to the list plus another Pomarine Jaeger and many more Black-cappeds and Cory's.  Band-rumped Storm-Petrel appeared in the slick once we got moving again, and for the rest of the day, everyone was able to get focused on these too.  Just before noon an intermediate Trindade Petrel flew across the slick!  Not exactly close, but close enough for most people in the right place to get a good look at it.  Suddenly, as we sat on the slick for a moment, a petrel zipped past the starboard bow - it was a Bermuda Petrel!  Close!  The bird just seemed to hover close by, above the horizon until everyone was on it, then it proceeded back towards the stern and away.  Excellent views!  Overall a great day - proving once again that some of these windy, choppy, rough days churn up some amazing things!  2013 did not turn up a Euro, so we were very happy to see one (or two, or three...) today - plus it was great to have a better look at a Cahow than we had in 2013!

Thanks to everyone who joined us especially our young birders Chloe (14) & Nolan (11) Walker from TN!  Brian & Kate led the trip, so I guess we can thank ourselves - plus Will Whitley who came along today to help pilot the boat. 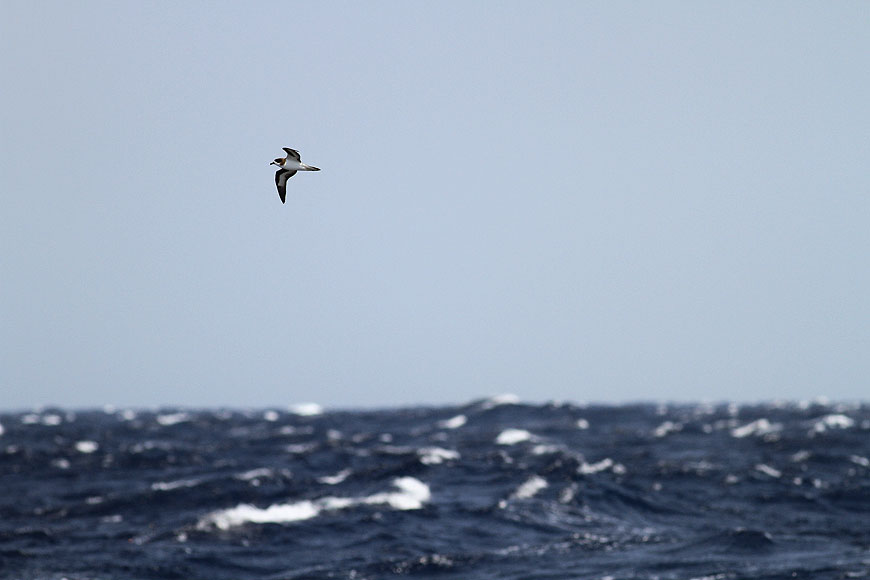 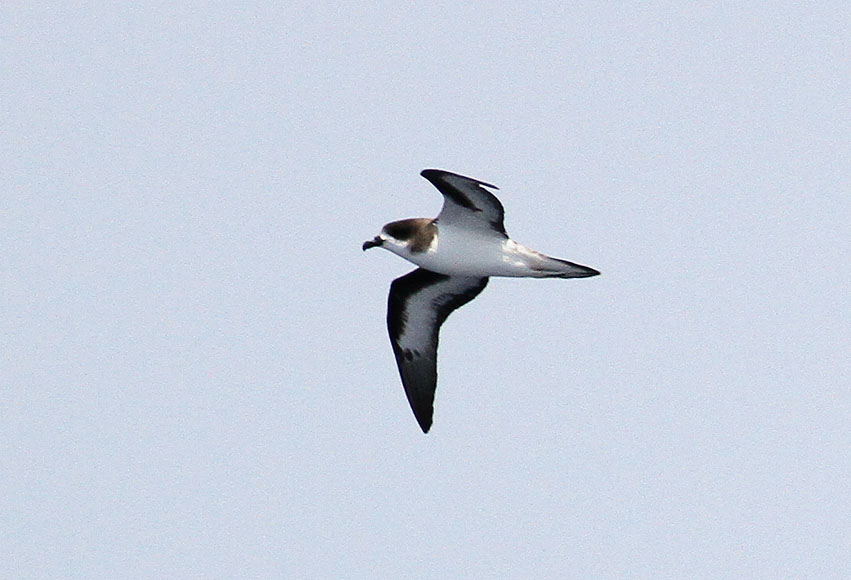 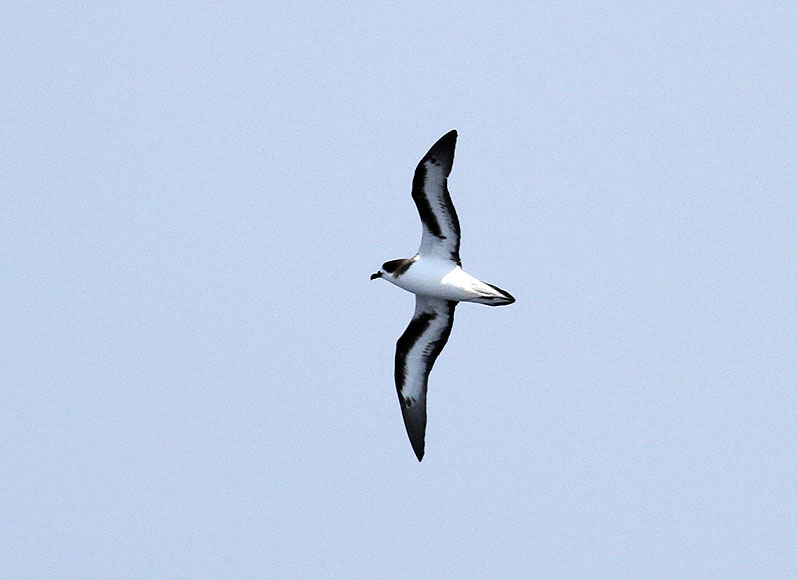 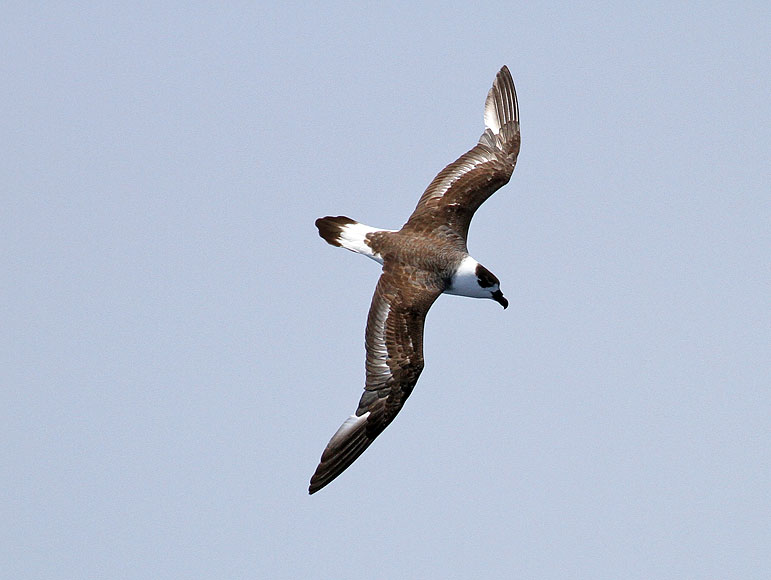 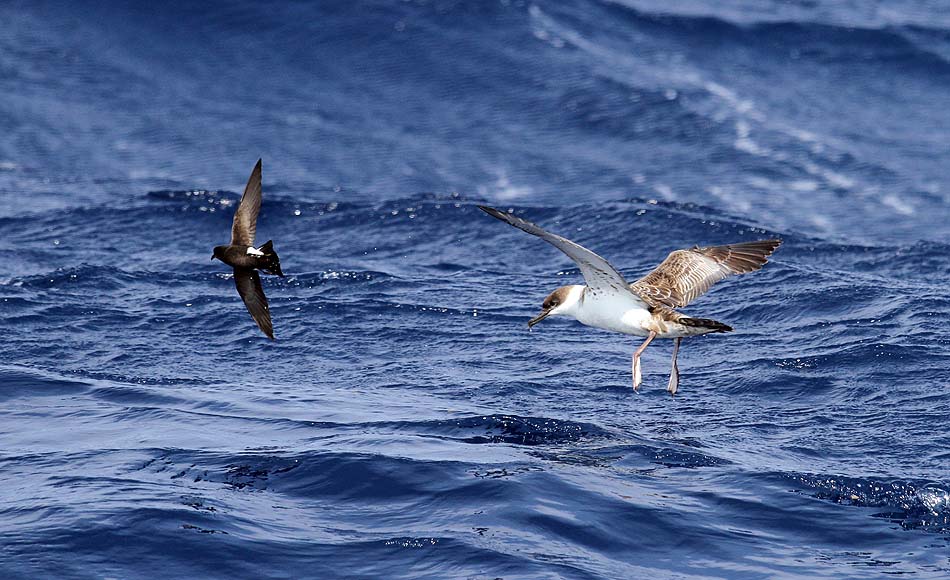 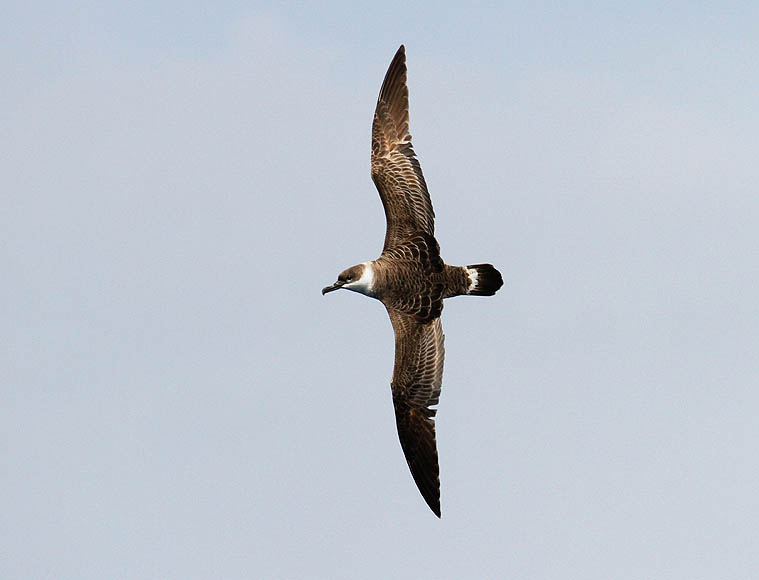 Great Shearwater feeding in the slick 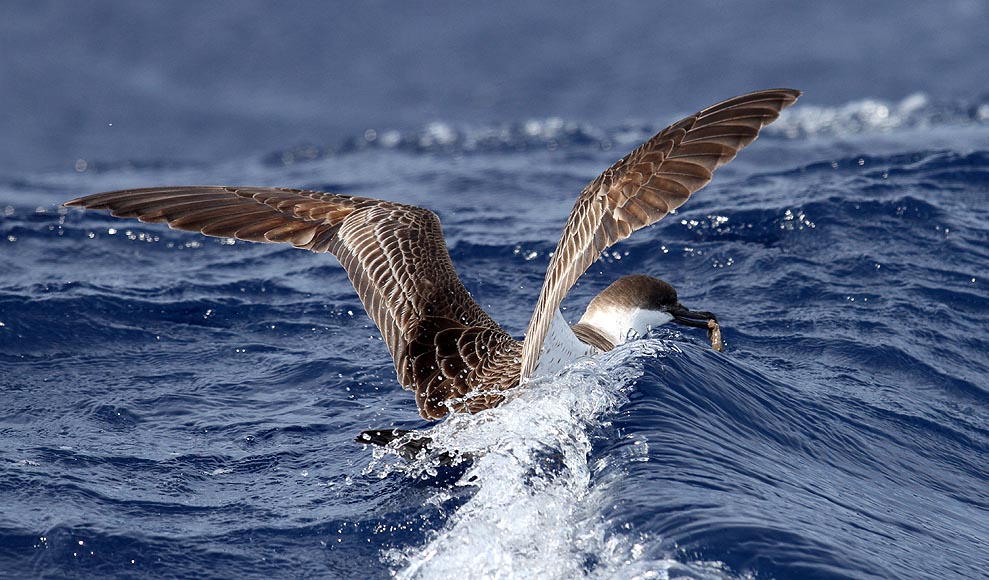 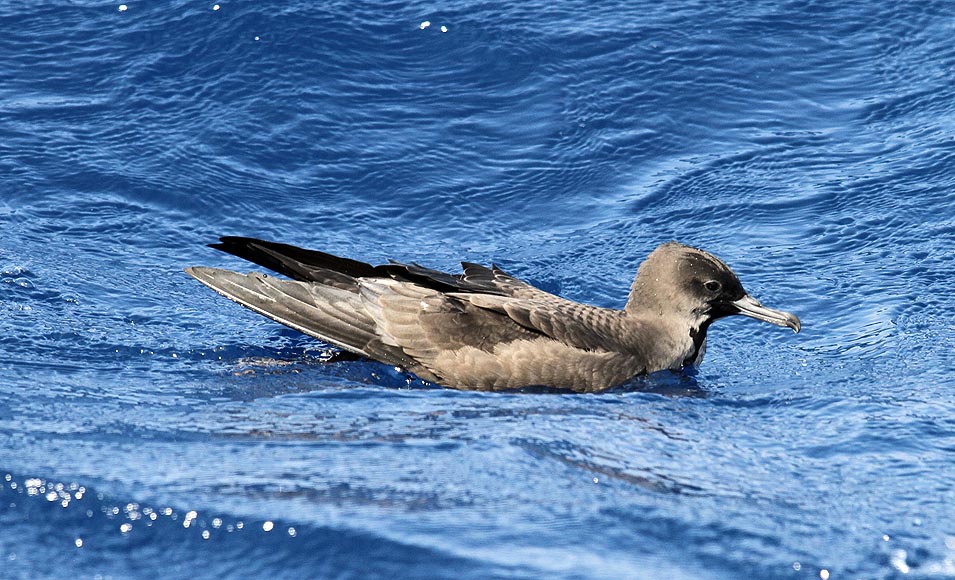 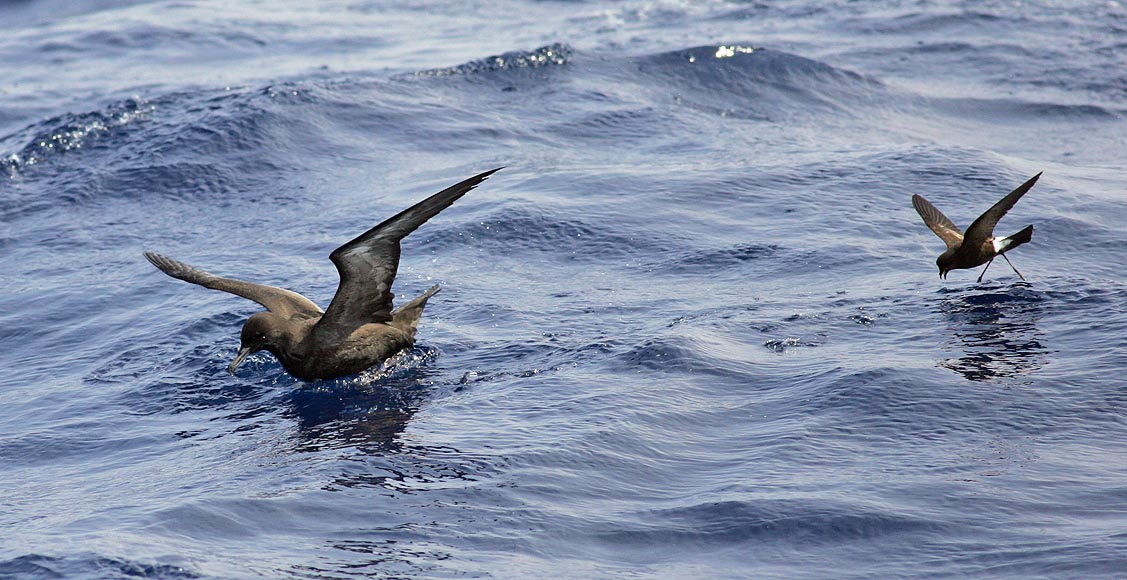 European Storm-Petrel with a Wilson's in the foreground 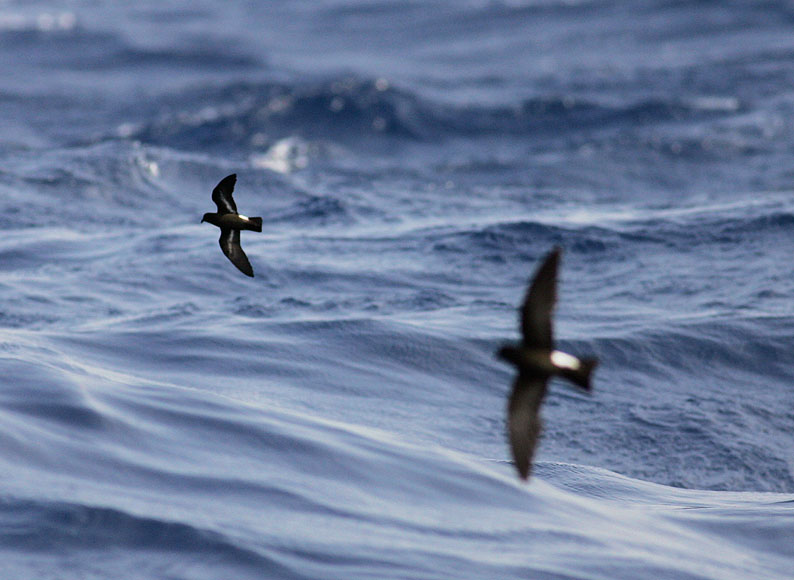 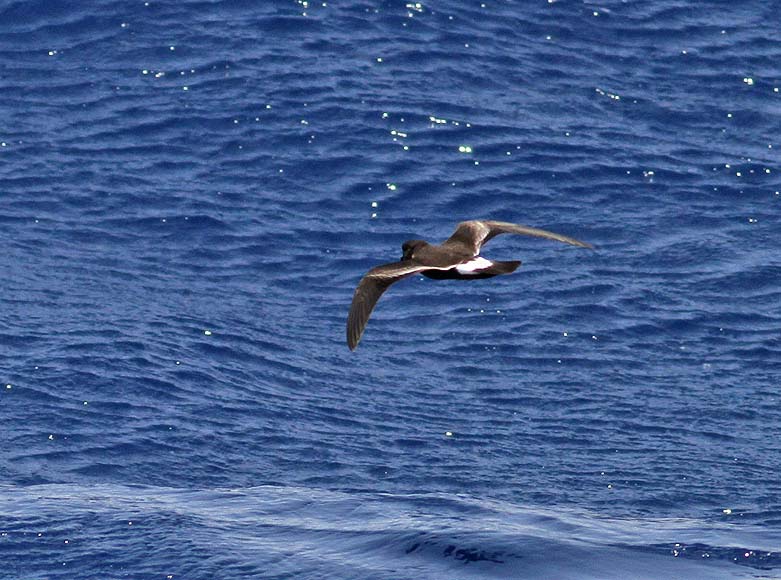 Two of the Pomarine Jaegers we saw today 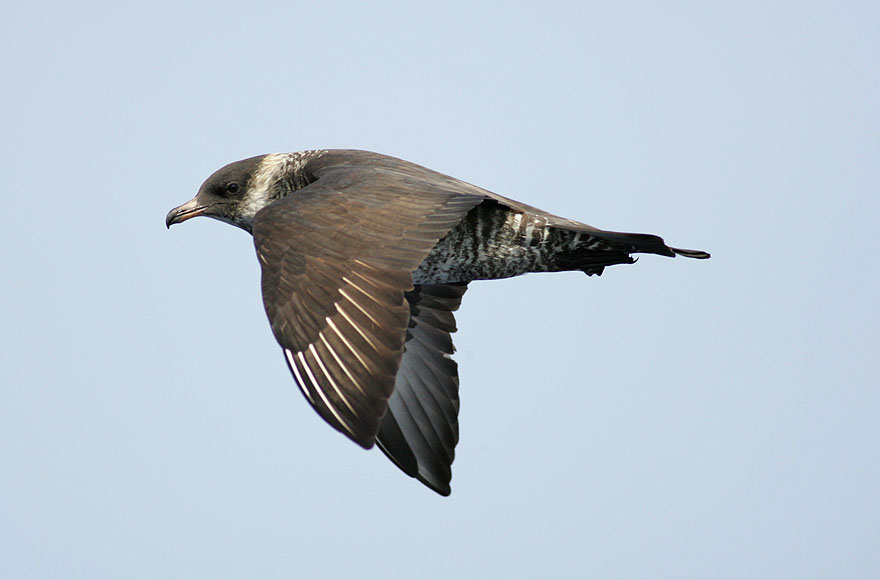 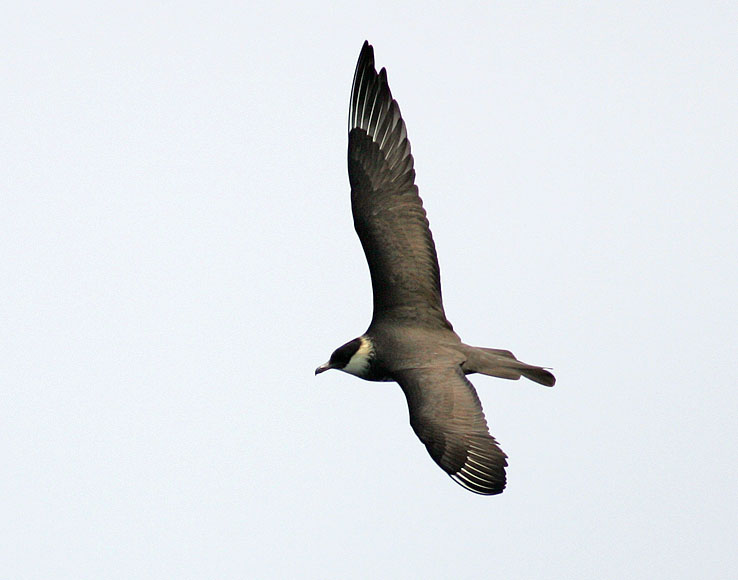