Sooty Shearwaters were just outside of the inlet again today and a Cory's Shearwater also flew by before we reached cruising speed.  Still breezy this morning making it a challenge to get as far south as we were yesterday when we started out - today we slowed just a couple miles to the north at 0806.  Black-capped Petrels began flying by and Wilson's Storm-Petrels were slowly gathering in the slick when a huge bird flew towards us in the sun glare!  South Polar Skua - first of the season!  This individual stayed with us for awhile following in the slick and occasionally harassing our "customers".  We drifted a bit and finally had our first Band-rumped Storm-Petrel (non-molting) come in to the slick.  Just after noon a jaeger was spotted chasing a Black-capped back in the slick, the bird flew down the slick and close to the boat - gorgeous view of a Parasitic Jaeger!  Shortly after that Brian spotted a young (first summer) Bridled Tern on a board that we were able to get fairly close to before it flushed, then we were treated to excellent views as it flew around!  At 1259 a tern showed up in the slick, we had already seen a couple of Common Terns, but this turned out to be a young Arctic Tern (second or third summer bird)!!  We put out some chum and it came in, showing well for everyone multiple times!  Just after that we were observing a couple of Sooty Shearwaters diving a little ways back in the slick on chum - and a Fea's Petrel flew in!  This bird was a little closer than the one we saw yesterday, so it was a treat!  It did not respond to the chum, though, and moved on after the initial attraction...  Interestingly enough, we have seen a fair amount of sargassum but good looks at Audubon's Shearwater have eluded us yesterday and today!  We had more luck with them today than yesterday - at least a few flew by fairly close to the boat, but none foraging like we had last Saturday.

Another excellent day and we thank all eight participants for coming out with us - plus we thank ourselves for leading a great trip!  Tomorrow is another day with some different winds, so we'll see what we find!  We added four species to the Blitz List today: Bridled Tern, Arctic Tern, South Polar Skua, & Parasitic Jaeger. 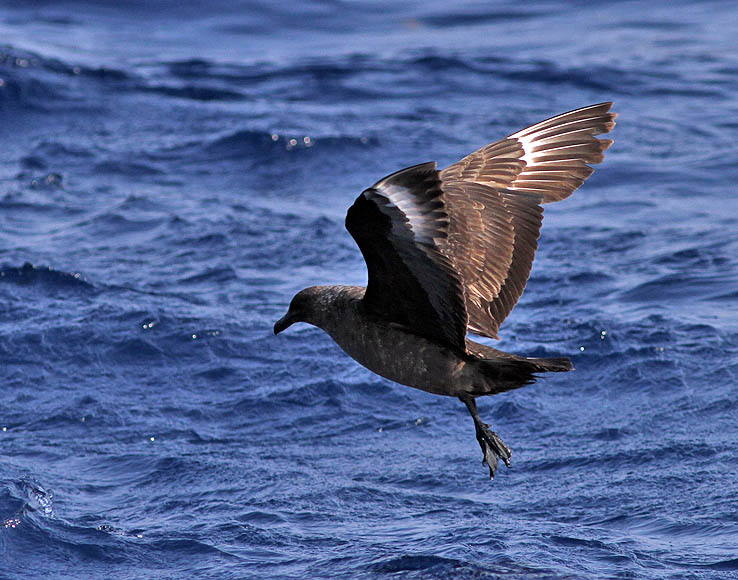 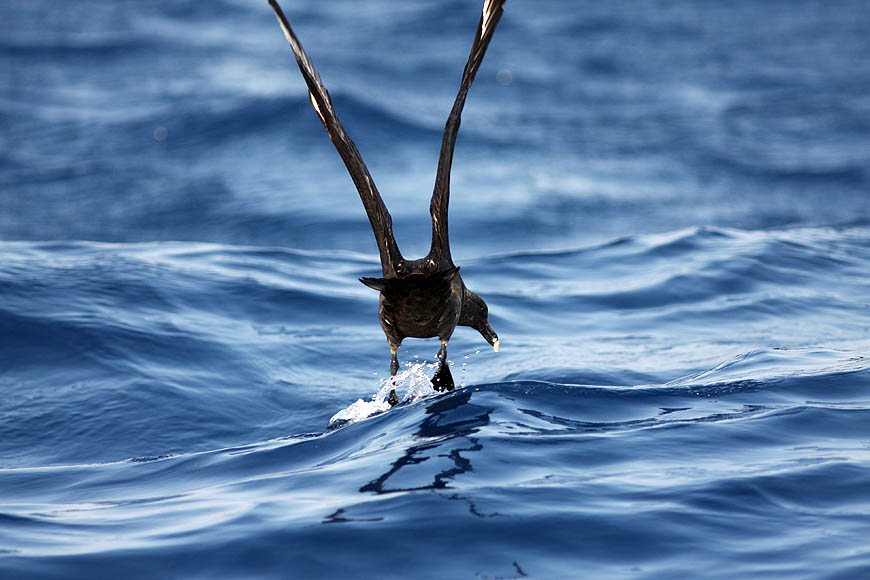 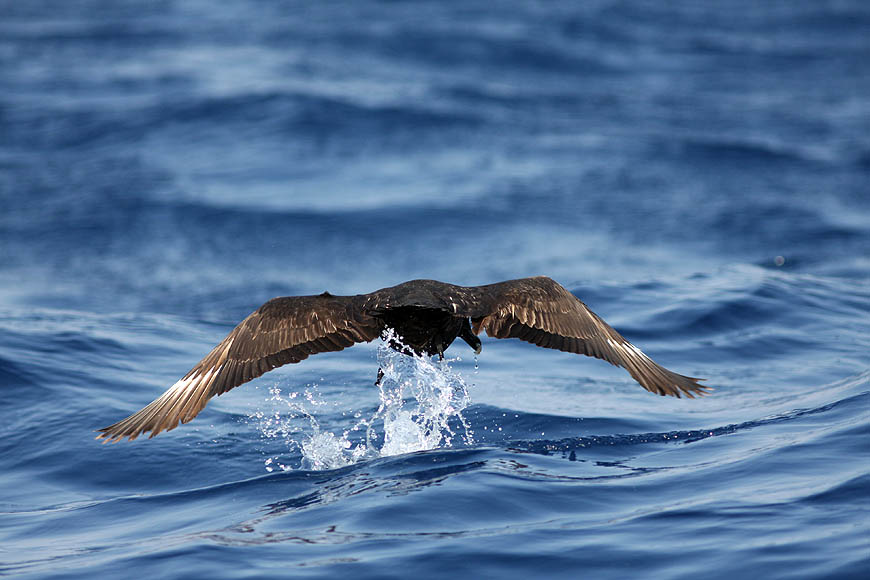 Posted by Kate Sutherland at 9:15 PM