Wind was with us this morning!  No one believed that there might be some big seas out there today as we headed offshore in the lee of Cape Hatteras.  Once we were in the Gulf Stream, though, the swell was huge...we were thankful there was not much current against the northerly winds!  Black-capped Petrels, once again, were in their element and gave a spectacular show!  We had nice views of Cory's, Sooty, & Audubon's Shearwaters over the course of the day and excellent, attentive Wilson's Storm-Petrels in the slick.  Early in the morning there was one fleeting glimpse of a Leach's Storm-Petrel, but it was apparent that the storms last night, or the winds today, were not the best for large storm-petrels (nor small ones!) or jaegers and skuas.  Just after 0900 there was a Trindade Petrel that flew into the slick and then away at a high rate of speed, as such small gadflys are known to do, and later in the day there was another photographed at a distance off the bow.  The highlight of the day for many was a Fea's Petrel just after 1330!  Brian spotted it from the wheelhouse as it zipped down the starboard side of the boat to the stern where it dallied for a moment with a Black-capped Petrel before flying into the distance.  Just about everyone aboard saw this bird, though it was a very quick view, and it contributed to an already excellent day offshore!  The temperature was cool, and the breeze was nice, the boat handles a big sea very comfortably, so overall, we had a great day - including the birds!  Tomorrow should also bring northerly winds, just not so strong, we'll see what we find out there!  Thanks to everyone who joined us, especially long time customers Colin Campbell & Joe Swertinski, and a big thanks to our leaders, Scott Winton & Michael Lanzone!  Thanks again to Mike for the photos (Kate is being awfully lazy this spring...!!).

Photo of the second, uncooperative, Trindade Petrel...some days they just don't behave as we would like! 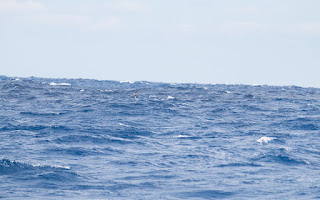 & cropped to actually see the bird: 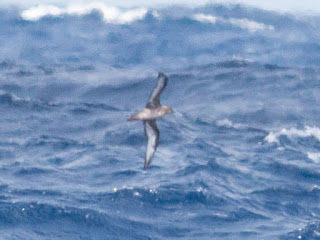 Identifying shot of the Fea's Petrel 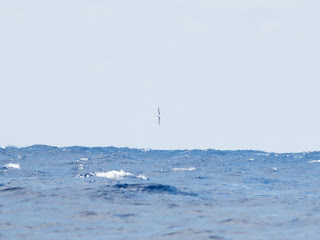 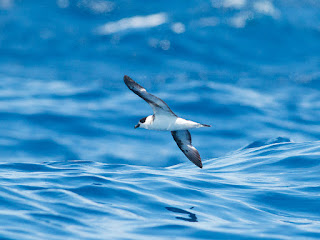 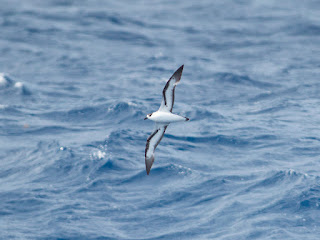 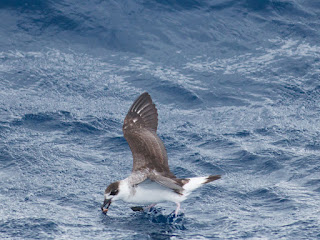 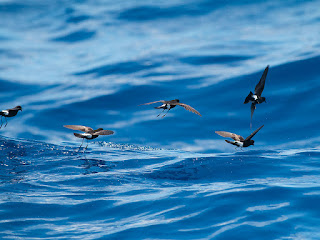