Clouds and distant rain greeted us this morning as we headed to the south from Hatteras Inlet.  The forecast was for light easterly winds and maybe some rain in the morning, but we were treated to a bit more wind than forecasted!  Shearwaters were just outside of the inlet as they have been the past few days, but we were lucky to have a closer encounter with South Polar Skuas this morning than we had on the 27th & 28th.  Four individuals crossed the stern, nearshore, before 0700!  Before we slowed down we had added Cory's, Great, Sooty, & Audubon's Shearwaters plus Long-tailed & Pomarine Jaegers to the list!  Even a couple of Wilson's Storm-Petrels flew by.  We slowed at 0821 and ended up heading back inshore a bit to investigate a shearwater flock that flared up on the horizon.  This flock held a couple of Bridled Terns plus more jaegers, Arctic Terns, and shearwaters, at the end of a rainbow.  After checking them out, we turned back on our course towards deeper water where we might find some Black-cappeds.  The first individual did not turn up until after 1000!  Black-cappeds were tough to see well at first, as is typically the case on days like this, but we ended up having some nice passes before the day was over, and all aboard got their eyes on our Gulf Stream specialty!

The Gulf Stream current has been moving swiftly the last few days, so we headed down south to the triple zeros in case we got carried too quickly to the north.  Once we arrived, though, the current was a bit less than it has been, allowing us some flexibility and we were able to chase many flocks of shearwaters over the course of the day.  Awesome and humbling begin to describe the feeling when arriving at a feeding flock of seabirds.  Fish are leaping out of the water, birds scrambling to catch them, and succeeding, as can be seen in this photo by Steve Howell of a Great Shearwater with a halfbeak. 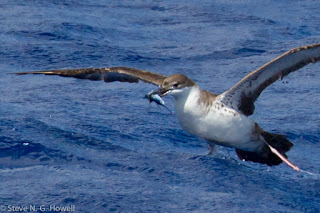 This is a spectacle rarely witnessed in the spring off of Hatteras;  we were excited to find so much activity offshore!  The easterlies are still providing us with jaegers & skuas, Leach's Storm-Petrels, and nice counts, not to mention views, of Arctic Terns.  The latter were present in our last flock of the day where we also found some Manx Shearwaters.  One of the birds landed and then flew off, but the other rested on the water near an Audubon's allowing close study of the two superficially similar birds on the water and taking off!  We had many aboard who had never ventured offshore from Hatteras and they had a full day studying the "regulars" and then some!

Thanks to everyone who joined us, and to our leaders Steve Howell, Bob Fogg, Seabird McKeon, and Jeff Lemons

There were birds at the end of the rainbow this morning!  (Steve Howell) 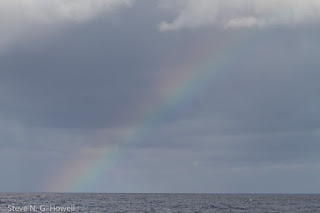 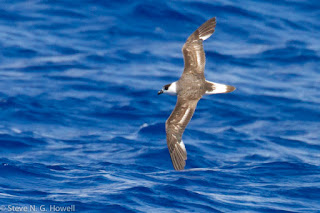 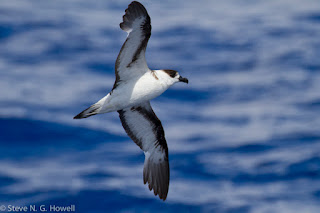 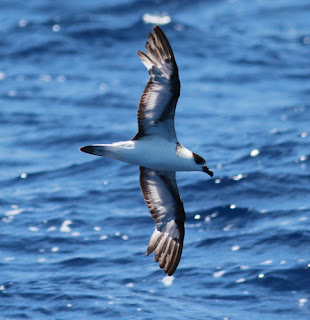 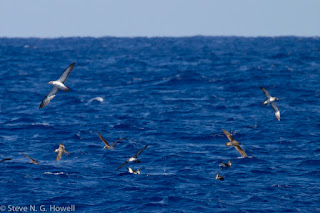 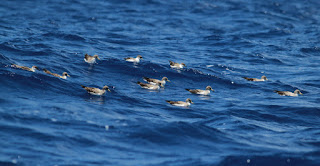 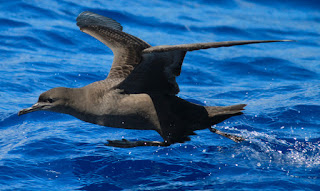 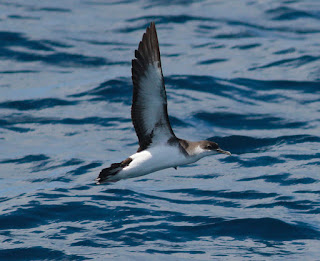 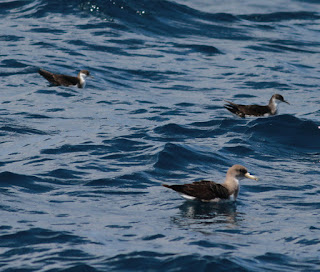 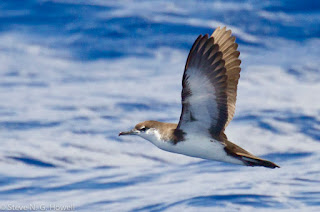 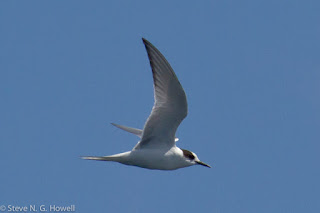 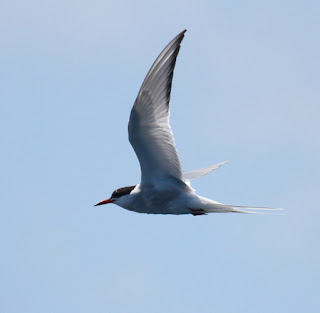 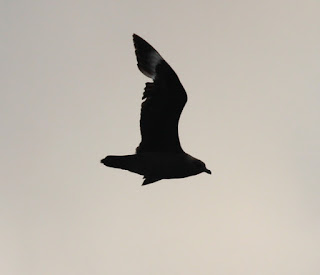 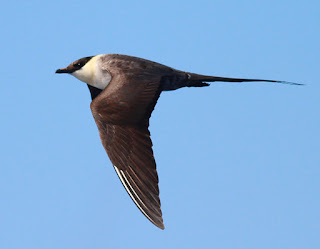 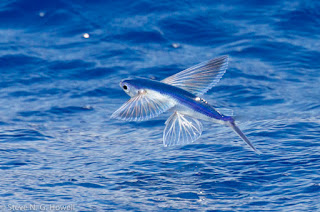 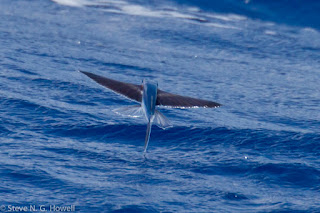 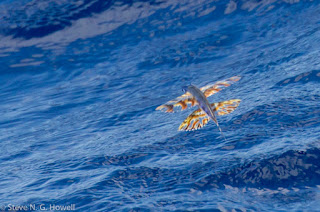 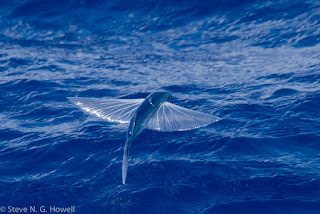 Posted by Kate Sutherland at 12:06 AM