After five excellent days since we embarked on the 2015 spring blitz, I figured we were due for a duller day. Kate assured me that would not be the case. After all we had pretty blue water and light southeasterly wind. Sure enough we were greeted with Sooty Shearwaters in Hatteras Inlet. Soon thereafter a South Polar Skua crossed our wake a just a few miles out. Next a couple of Long-tailed Jaegers flew over the bow. Out at the shelf break there was not much activity, but a charter boat reported some shearwaters just a couple of miles offshore so we slowed down and started looking. We jogged out past 100 fathoms with no chum, and when we got to 150 fathoms, Kate alerted me about a small petrel headed our way in the sun glare. I slowed the boat and it sailed right in- BERMUDA PETREL! It was only 8:25. Ten minutes later were were still watching it! Black-capped Petrel was our second gadfly petrel of the day. As we worked out to deeper water, we added Leach's and Band-rumped Storm-Petrels to the day's list. Out on the horizon, I spotted a few tubenoses circling. We jogged out there and took a look. To our amazement we found a Bermuda Petrel among shearwaters and Black-caps. It looked identical to the first bird seen an hour before, and it was in no hurry to leave the area. By mid morning there wasn't much flying, so we scanned the water hard for flocks. Bob Fogg spotted a flock of four birds in the distance. As we approached, it looked like four Black- caps, but when they flushed (not close) a Fea's/Zino's Petrel revealed itself. It sailed off to the horizon. All the time we were looking we were dragging a flock of storm-petrels and shearwaters with our chum slick. The activity attracted a South Polar Skua, which came in and joined the group. Working back in toward the shelf, we found some patches of Sargasso Weed and we stopped to net some and show the passengers. It turned out to be a good place to be when a Fea's Petrel came zipping by the bow. This bird was much closer, but it did not linger. After that, it was time to head back toward the inlet. It was a nice ride in and we found an Arctic Tern and a few more shearwaters and jaegers. We even saw a Leach's Storm-Petrel five miles off the beach. I would like to thank all our our top notch leaders for their hard work- Kate Sutherland, Steve Howell, David Shoch, and Bob Fogg- all working together like a well oiled machine. I'm looking forward to tomorrow!  (Photos today are by Brian Patteson, Steve Howell, Dave Shoch, & Bob Fogg - thanks guys!!  Captions & list by Kate)

OK, let's just get this out of the way first.  Here on the left is the interesting petrel, possibly a Zino's Petrel.  These birds were not extremely close to the boat, and the bird in question flew directly away from us.  Bob Fogg was able to get this photo. 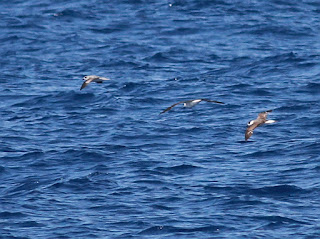 And a few pictures of the Cahow!  First up, Brian Patteson: 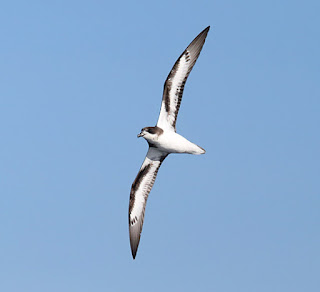 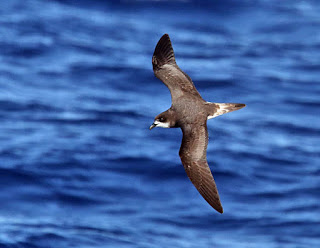 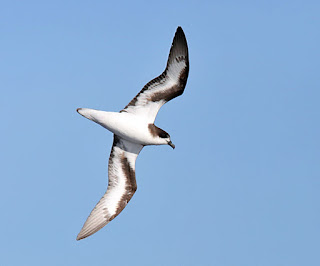 & a very cool angle from Steve showing Brian taking one of these photos: 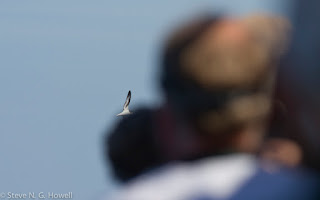 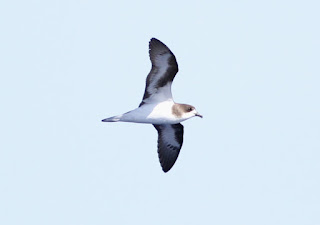 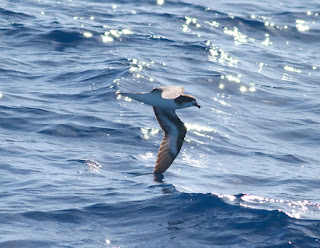 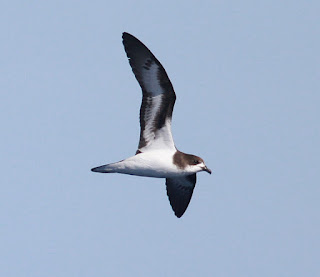 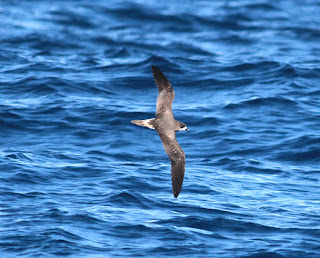 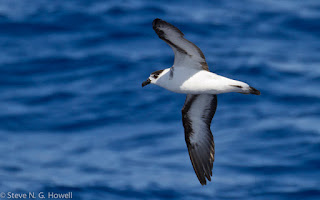 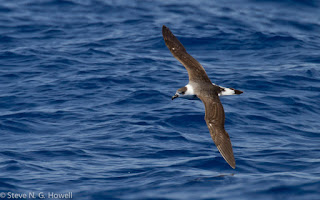 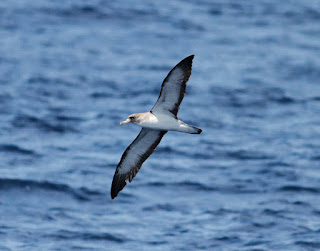 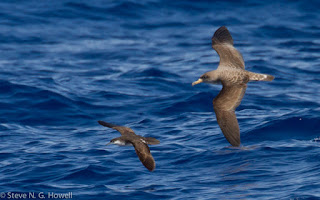 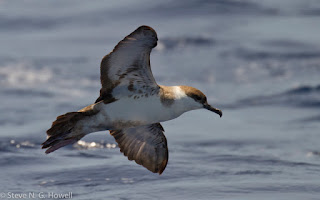 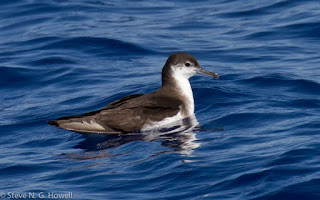 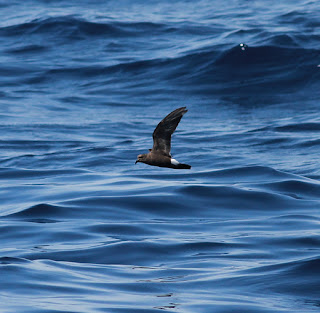 South Polar Skua, it was very cooperative for over an hour!  (Bob Fogg) 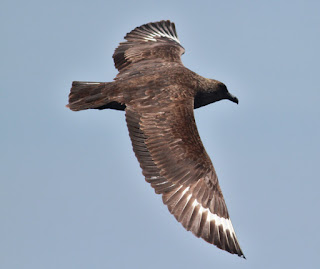 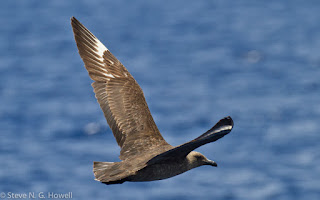 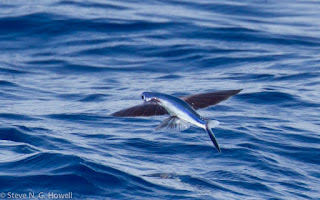