North-easterly winds last evening and easterlies predicted for today gave us high hopes, and we were not disappointed.  The Gulf Stream is quite narrow right now and the eastern wall is just 50 or so miles offshore.  Brian was vacillating as to whether we should just head for that since it was rumored to be productive, or stop as usual and see how the day would unfold.  He decided on the latter and it was the right choice!  I spotted some cetaceans off the bow just after 0930 and we were treated to almost 20 minutes of five Gervais' Beaked Whales!  These seemed to be mostly females with some younger individuals surfacing right next to the boat.  This is the species we see here most often, but little is known about them, so any encounter is to be cherished and appreciated.  A little after 1000 a Pomarine Jaeger flew in to the slick and I put out a fresh chum block and some shark liver to entice it to come in a bit closer.  Just a moment later Dave Shoch yelled "Trindade Petrel!!!  Right here!  In the stern!"  Word got out and the bird made the closest and best passes of any we have had yet this spring!  Excellent beginning to the day!  We went on to have good looks at the expected species including Cory's, Great, Sooty, and Audubon's Shearwaters.  Wilson's Storm-Petrels were very attentive in the slick and we had close views of Band-rumped and Leach's Storm-Petrels!  Three species of jaeger were encountered today - Pomarine Jaegers were easily seen following behind the boat, a Long-tailed Jaeger came into the slick just after 1:30, adding one more species to the Blitz list, and we had a first summer Parasitic Jaeger that sat down on the water and we approached it closely before it took off.  Black-capped Petrels were not quite as active as they have been on the last few trips, but they were seen and a few flew right in to the boat.

Thanks to everyone who joined us today, we had many new participants with us.  Also thanks to Dave Shoch & Bob Fogg for helping lead the trip and for contributing photos for this post! 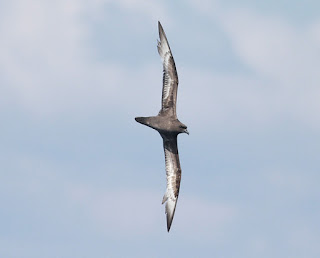 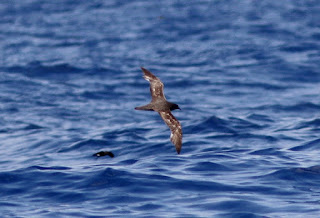 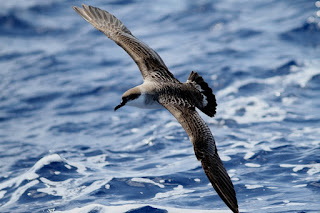 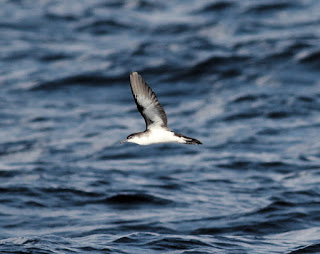 Interesting Wilson's Storm-Petrel (Bob Fogg)  This bird was with us for hours. 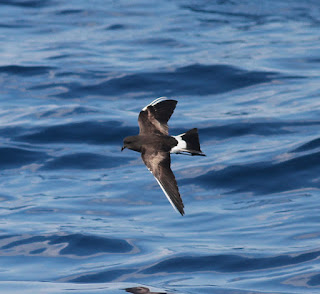 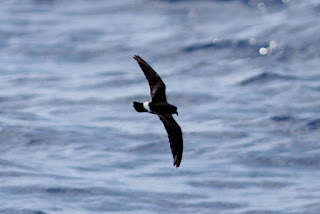 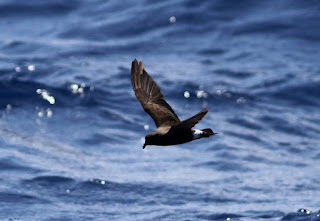 Pomarine Jaeger (both by Bob Fogg) 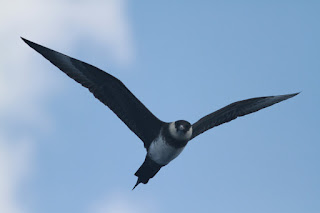 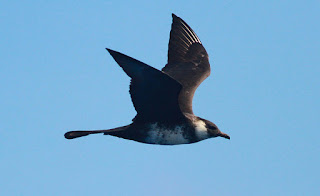 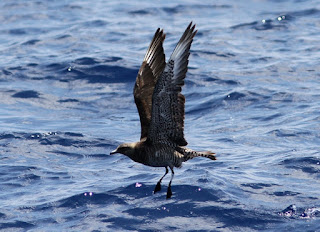 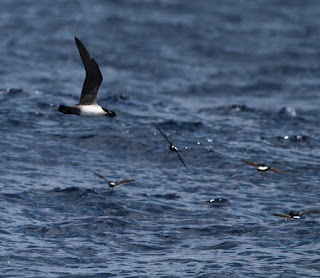 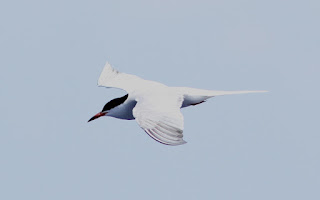 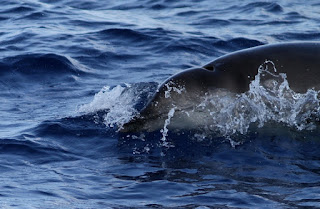