The penultimate day of the Spring Blitz – and still the birds keep coming. Our commutes to and from the warm deep water produced the ‘usual’ scattering of shearwaters, including a couple of Manx, and even a Northern Gannet inside the sound, along with varied flyingfish as we entered the blue water and scattered golden Sargassum weed. Out in the deep ‘blue desert’ (see yesterday’s post) things got quiet and hot, like yesterday, but Brian persisted with working the slick, knowing from long experience that time + chum = birds. Our first backtrack down the slick produced excellent and repeated studies of Leach’s Storm-Petrels along with the Wilson’s. Some time later, the second backtrack produced good views of a molting Band-rumped Storm-Petrel, a species scarce in recent days. The wing molt identified this bird as a winter breeder of the population (= cryptic species) known as Grant’s Storm-Petrel, the most frequent type we see here.
As we worked the slick a couple of female/immature Mesoplodon beaked whales appeared and kept us company, seeming quite curious as they rode along beside the bow to offer amazing views – rarely do we see them let alone this well. The animals appeared consistent with Gervais’s Beaked Whale, a species first documented at sea (as opposed to by beach-washed specimens) on our trips not so many years ago! Our first Black-capped Petrel made a pass at the same time, and then it got quiet again: the patchiness of food (and birds) is typical of the blue desert.
Scattered birds, including Black-capped Petrels, kept us looking, and then in early afternoon some jaegers and terns came in to the slick to join the Great and Cory’s Shearwaters. For quite a while we enjoyed excellent views of Pomarine and Long-tailed Jaegers, along with some Arctic Terns (including 2 first-summers) and a Common Tern. The call of ‘skua’ heralded the approach of a South Polar Skua, which made several passes and was chased at times by a Long-tailed Jaeger. But all too soon it was time to pull in the chum and head back to the ‘real world,’ passing through more flyingfish and a steady light flow of shearwaters as the shoreline appeared.

Thank you to everyone who joined us today!  Thanks to Steve Howell, Bob Fogg, and Jeff Lemons for helping us lead the trip and to Steve & Bob for today's blog photos!  Big thanks again to Steve for composing the trip report!  -Kate 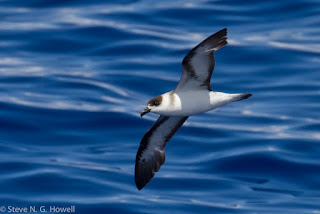 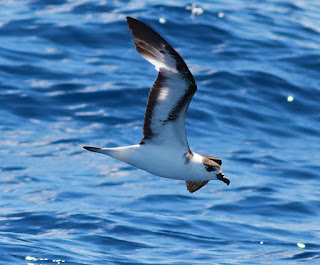 On the way in this afternoon we had a Manx (left) & Sooty Shearwater flyby!  Photo by Bob Fogg 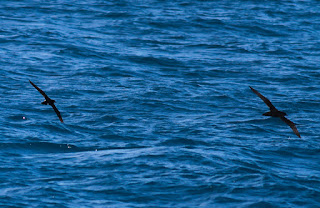 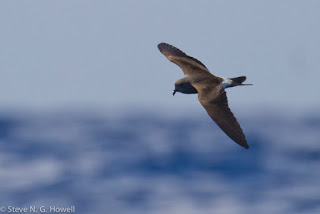 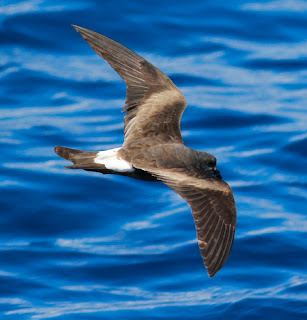 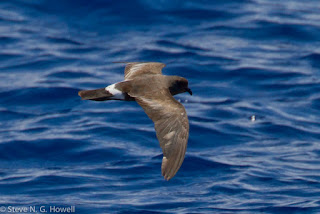 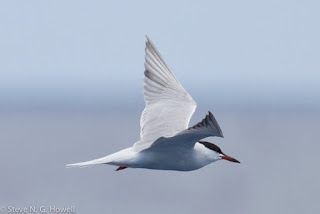 And resting on the sea 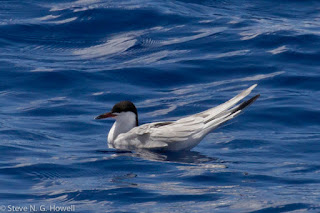 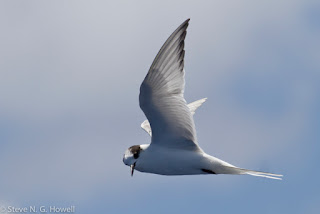 Another image by Bob Fogg 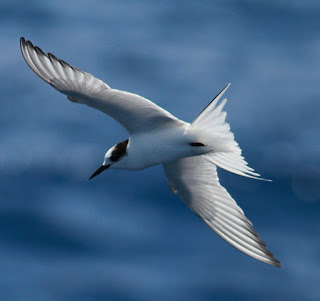 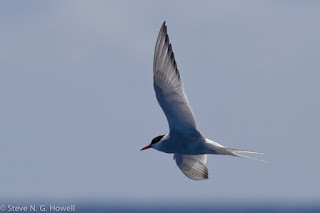 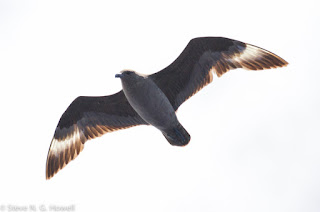 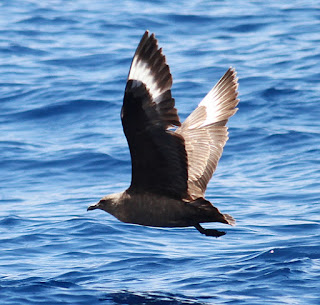 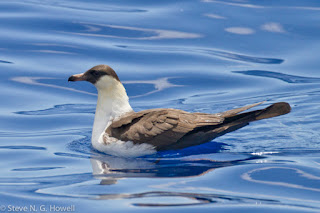 Same individual feeding in the slick by Bob Fogg 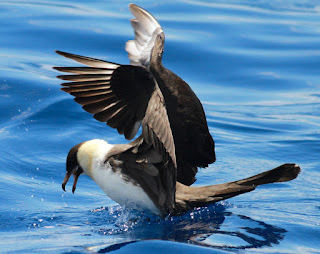 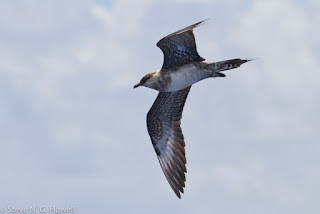 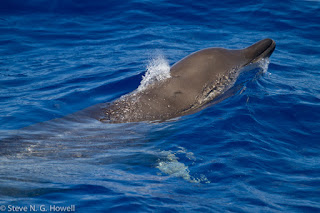 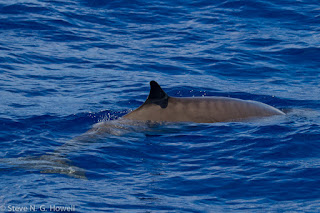 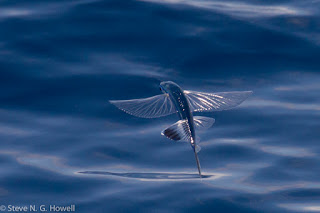