Every day in the Gulf Stream is a learning opportunity.  Today, the cards fell in a way that allowed us to make comparisons between different species found in this extreme environment.  Dropping speed from the run out, our first comparisons were between an adult Long-tailed Jaeger and the Arctic Tern it was harassing.   The larger size of the Jaeger was apparent as the two tussled.  A second jaeger then joined the mix, approximately the same size, but altogether different in coloration and pattern with a pale head, and mottled barring.   This first summer Long-tailed jaeger accompanied/annoyed the adult for several minutes, allowing all onboard to recognize the similarities and differences between the two birds.

Our next chance for comparison between two similar birds came as a Great Shearwater feeding in the slick was joined by a Black-capped Petrel.  Though similar in coloration, with both birds sharing a black cap among other traits, the two birds could not have been more different in flight style.  The easy grace of the Black-capped in flight was in direct contrast to the sturdy, somewhat hurried flight of the Great Shearwater as it rushed about gathering food from the slick.

By mid-day, all eyes had turned to the growing flock of Wilson’s Storm Petrels behind the boat in anticipation of finding the two expected larger storm petrels:  Leach's, and Band-rumped.  Steve and Kate were quick to point out that the best way to find ‘something different’ is to know the common species very well.   All aboard were tasked with learning the toe-extension, wing shape, pattering behavior, and flight style of the Wilson’s, and most were up to the challenge when the first large storm petrel appeared.   Which one was it?  Did it have the light, bounding flight of the Leach's?  Or the ‘tiny shearwater’ look of the Band-rumped?  Was the tail square or forked?  How bright were the carpal bars?  Everyone worked hard at storm petrel identification, and both species were seen by all.

Heading in from a solid day of gulf stream birding, the wind picked up inshore, giving us our final comparison challenge- shearwaters at a distance.  All day we had been seeing Great, Sooty, and Cory’s shearwaters feeding around the boat.  Now they were maximizing the breeze to travel, and cut arcing turns as they raced across the field of view.   The towering of Sooty Shearwater, the ‘slacker’ style of Cory’s, the contour hugging Great Shearwater- each bird provided us with behavioral clues that allowed identification from afar.

With as many as 10 ‘lifers’ for some participants, and great opportunities for up close comparisons of seabirds that most of us are lucky to see from a distance, today’s trip was an educational bull’s eye, and another Spring Blitz success story.

Thanks again to Steve Howell, Bob Fogg, Sea McKeon, and Nate Swick for helping us lead the trip today!  Sea, thanks for writing the report, & Bob, Steve - thanks for the photos!  Thanks also to everyone who joined us for a day in the Gulf Stream!  -Kate 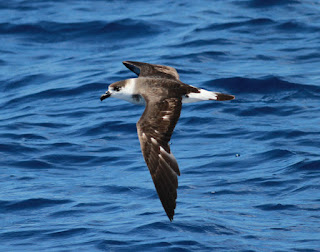 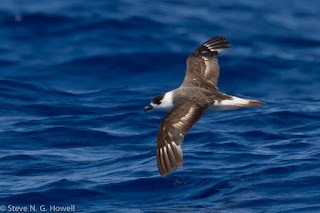 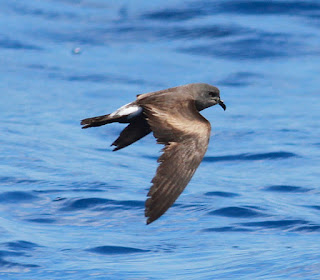 & by Steve Howell - note difference in bill when compared with Band-rumped, below 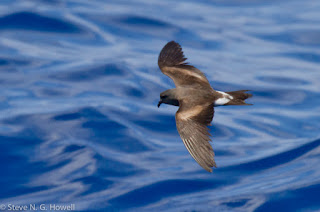 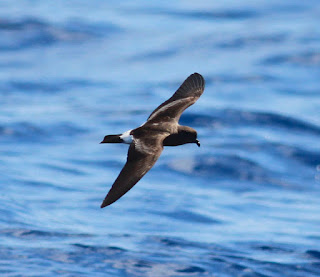 & by Steve Howell with Wilson's on the far left 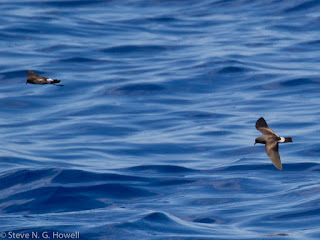 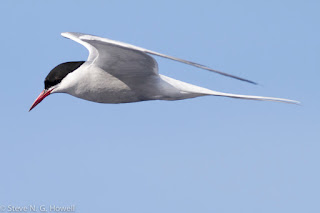 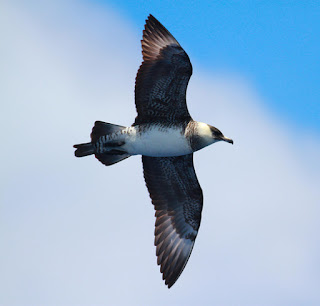 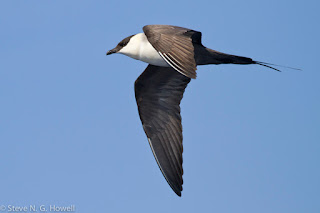 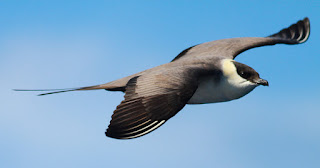 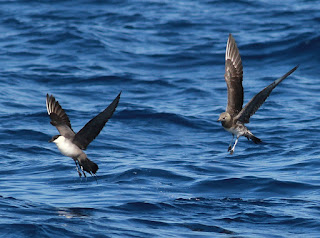 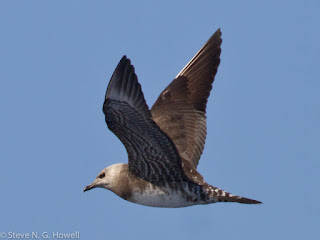 Near the beach there were five or six Long-taileds flying by!  Bob snapped this photo! 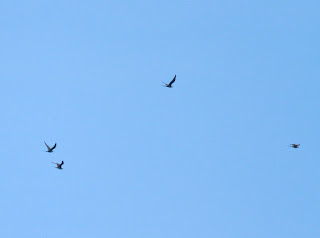 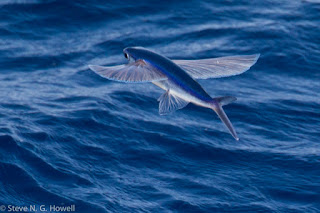 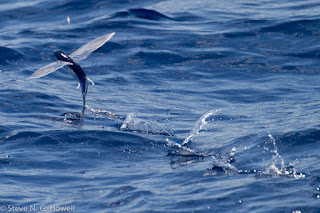 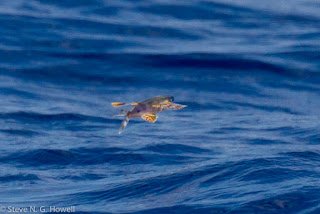