We knew there would be wind today!  The forecast was for strong SE winds and while we were not sure what we would see, we had an idea we might find some different birds out there today.  The ride out was choppy and at times almost rough, but we stuck it out and headed a bit farther offshore than usual to begin chumming.  Just a few miles from the inlet we had our first new species for the Blitz, three Arctic Terns and a Manx Shearwater paced the boat as she was running!  We did not have to slow down for excellent views of these birds.  Black-capped Petrels began popping up in about 200 fathoms (1200 feet) and we added another species to the spring list: Leach's Storm-Petrel!  It was the first individual of over a dozen encountered today, most participants had good looks at this species.  While Audubon's Shearwaters were not as cooperative as yesterday, Cory's came in well to the slick and we had great views of this large shearwater.  Shortly after 1000 a molting Band-rumped Storm-Petrel flew into the slick and passed closely by the stern giving those in the back great views!  A dark Parasitic Jaeger came in on the wind and was harassed by the Black-cappeds that were with us, while we were watching this, Brian happened to spot a Trindade Petrel while he was out on deck!  Things really started to happen then...the Trindade made a few nice passes, and a South Polar Skua flew in towards the boat!  This bird was joined by a second individual, and the two followed us for hours joined by another Parasitic Jaeger.  We also had three Arctic Terns join us, feeding on chum with the Wilson's Storm-Petrels, and all the while we had larger storm-petrels visiting in the slick!  Just before it was time to pick up speed and head back to the inlet, a Pomarine Jaeger flew in, followed by two more.  Sooty Shearwaters were not offshore like they were yesterday, but we had a couple, and there were quite a few inshore near the beach.  Black-capped Petrels were awesome in their element today and we added seven species to the list for the Blitz!  Tonight we have some thunderstorms moving through as a front passes, bringing the winds back around to the north for tomorrow...we'll keep you posted.  Thanks to everyone who joined us (we had quite a few birders from overseas & Canada today) and thanks to Scott Winton & Michael Lanzone for helping us lead the trip.  Another big thanks to Mike for providing photos for today's post, he was on post! 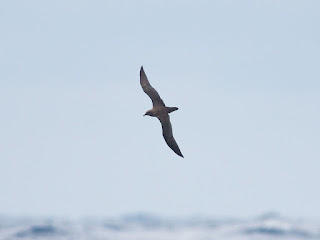 Nice shot with the Parasitic Jaeger in the foreground! 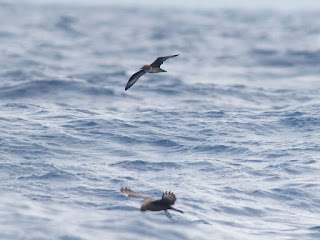 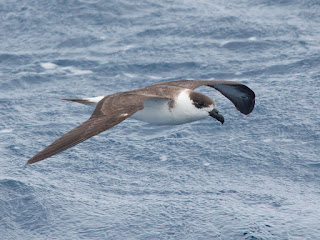 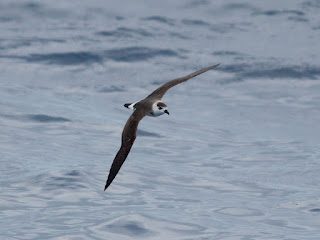 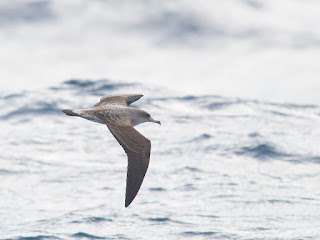 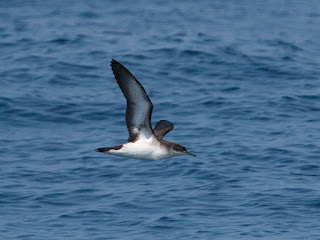 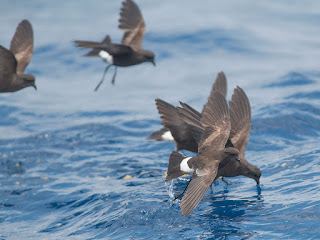 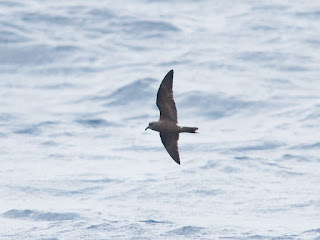 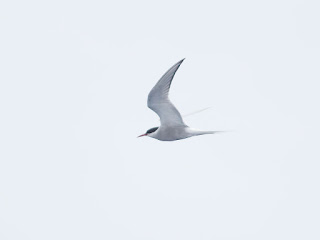 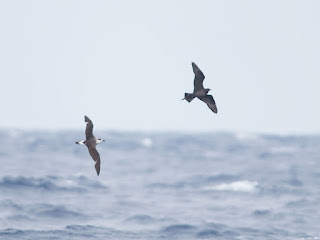 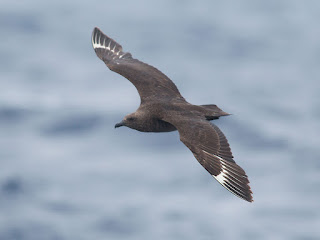 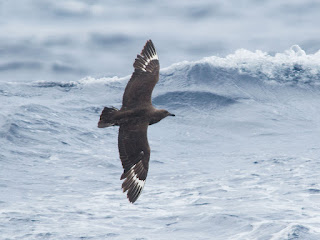 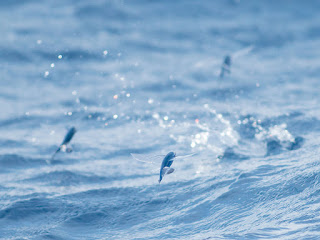