People gathered before 0515 this morning, excited and ready for a day offshore from Hatteras aboard the Stormy Petrel II.  Some Sooty Shearwaters flew by as we headed out to the shelf break.  We slowed around 0820 and had nice looks at a few Audubon's Shearwaters as we put out the Menhaden oil.  Wilson's Storm-Petrels began to gather in the slick and a tern was spotted ahead sitting on a float.  It turned out to be a first summer Bridled Tern!  A nice surprise for our first spring trip!  The bird sat patiently as we approached and was very cooperative for viewing and photos before taking off.  Black-capped Petrels began to show up soon after, the first of several for the day.  The winds were predicted to shift to the north and pick up over the course of the day, but the morning was fairly calm and warm.  We were lucky to have excellent views of the Wilson's Storm-Petrels and to have some hungry Pomarine Jaegers follow us for most of the day.  While a few phalaropes were seen, none were very cooperative, but we did have some Cory's Shearwaters in the afternoon on a drift.  As the winds increased, the activity in the slick did too and we ended the day with some awesome birding from the stern!  Cetaceans were not abundant, but we had quick views of a few Mesoplodons late in the morning and then some offshore Bottlenose Dolphins popped up behind the boat early afternoon.  Thanks to everyone who joined us for the first day of the Spring Blitz, and thanks to Scott Winton & Michael Lanzone for helping to lead the trip today.  An even bigger thanks to Michael Lanzone for providing photos for today's blog post! 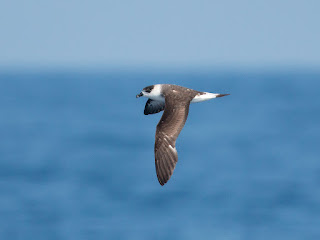 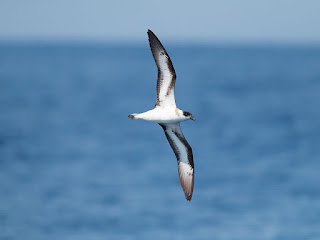 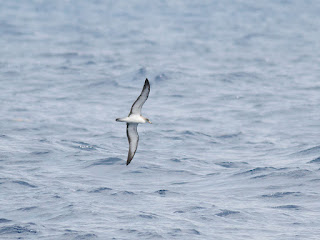 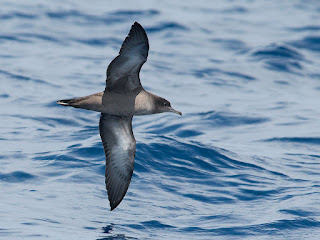 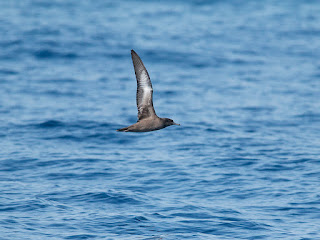 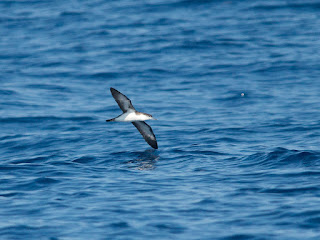 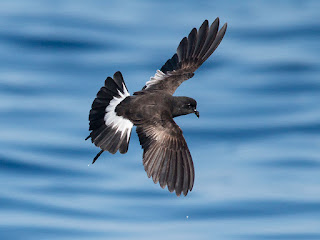 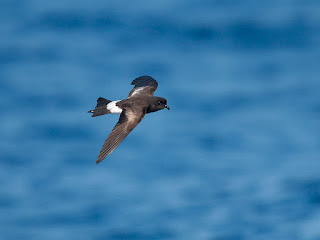 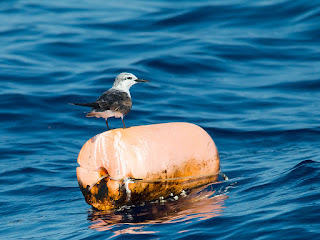 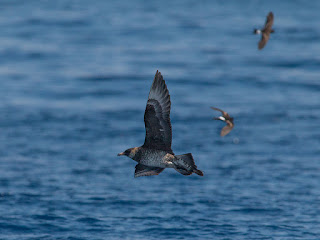 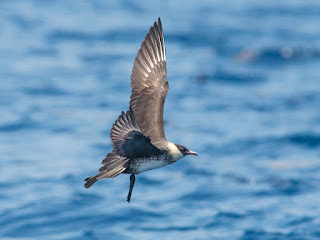 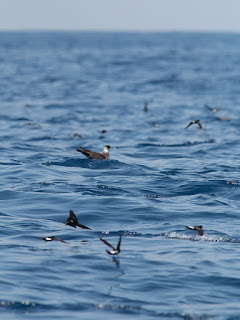 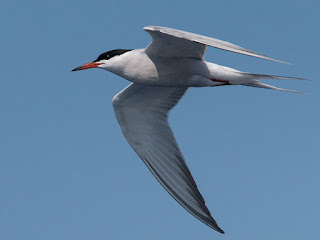 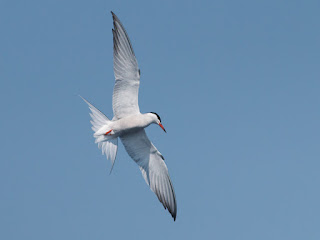 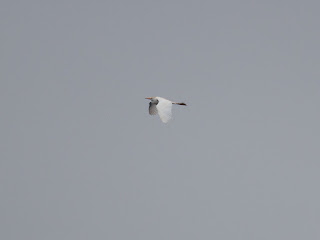