What is at the base of complex pelagic ecosystems?  Abiotic factors such as currents and solar energy certainly play a large role, but how about living organisms?  In most places pelagic marine ‘plants’ are exclusively planktonic.  Largely single celled, but hugely abundant, ecosystems rise and fall on the fate of the phytoplankton.  The gulf stream ecosystem is unique in that we have truly pelagic multicellular ‘plants’ supporting the rest of the crew.  Two species of Sargassum, S. natans and S. fluitans, tumble along the surface of the ocean, processing sunglight and collecting nutrients.  Often growing into clumps the size of a beachball, and sometimes pushed together into football field sized rafts, Sargassum has the size and density to lend small creatures in open water what they seek most: shelter.

Floating debris will quickly attract an entourage of small fish in blue water.  Pelagic sargassum also has this effect, with the added benefit of an entire community of organisms that only live with floating sargassum.  Today aboard the Stormy Petrel II, we had an opportunity to investigate the sargassum ecosystem from the bottom up.

Taking apart a sargassum mat on the back of a moving boat is an imprecise affair, but today we had a great haul.   Both S. fluitans and S. natans were present, along with all of the hydroids, bryozoans, and other encrusting fauna.  Two species of shrimp, the gleaners of this community, were abundant.  A single small pipefish wound it’s way around the ‘stalks’ of sargassum.  Small predators like the Sargassum Swimming Crabs were numerous.  The real find belonged to Kate, who discovered a young Sargassumfish in the weed (photo by Steve Howell). 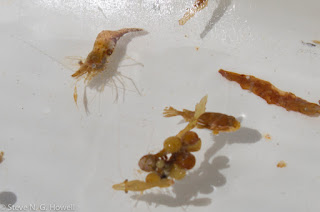 This small species of anglerfish is perfectly camoflauged as it creeps about the matt looking for any prey smaller than itself.

The dependents of sargassum were also numerous today, with numerous species of flyingfish captured on camera.  Flying fishes deposit their eggs on floating debris, including pelagic sargassum.  Ranging in size from a potato chip to larger than a storm-petrel, the fishes were easily seen in and above the glassy water, including the rarely photographed Midnightwing (by Steve Howell). 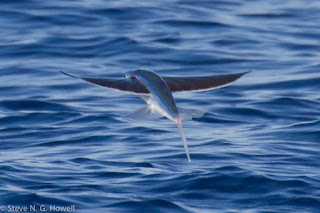 Of the birds seen today, several were notable for their association with pelagic sargassum.  The first of the day was a White-tailed Tropicbird, which briefly visited the boat, stunned all aboard, and departed.  Brian and Kate frequently assess the probability of seeing this species by the density of the sargassum and depth of the water - the White-taileds are usually around when there is ‘scattered grass’ in the deep.

Audubon’s shearwaters are another species frequently associated with pelagic sargassum.  It is not currently known if these little shearwaters feed on species of fish that require, or prefer the weed, or if the mats just attract an appropriate size of fish for the birds.  The overlap in the breeding range of the Audubon’s shearwater, and the portion of the tropical Atlantic that hosts pelagic sargassum year-round, provides a convincing backdrop for potential interaction. Several Audubon’s were seen throughout the day, with one sitting with a pair of Great Shearwaters long enough for photographs.

The last of the ‘sargassum birds’ was only the second individual for Spring Blitz this year.  The first sighting of Bridled Tern was as it hunted the edges of a dense patch of Sargassum, and searched for preferred perches among the floating debris.

Thanks to Brian, Kate, Bob, and Steve for another successful Spring Blitz trip! 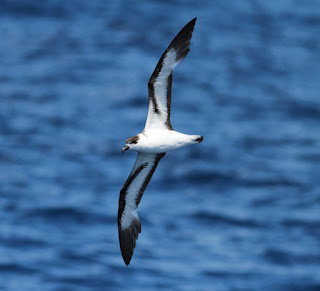 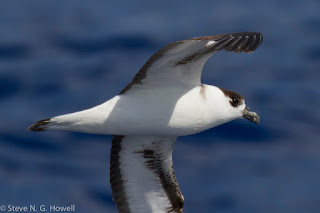 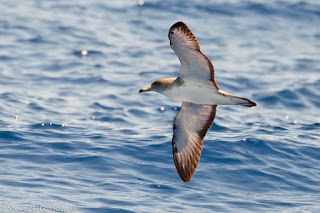 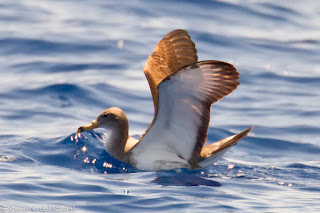 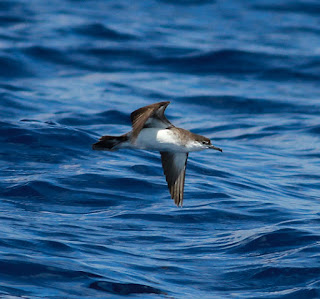 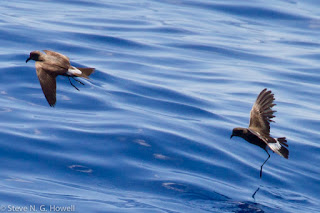 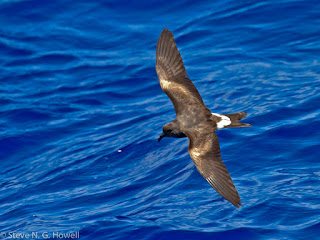 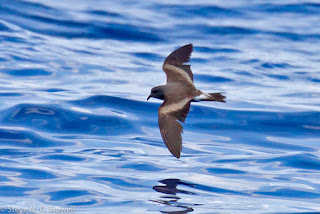 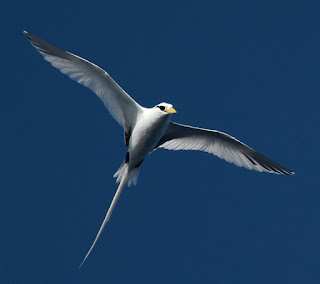 This bird was a 2nd cycle individual (Steve Howell) 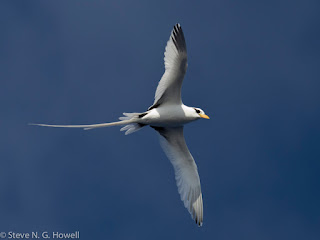 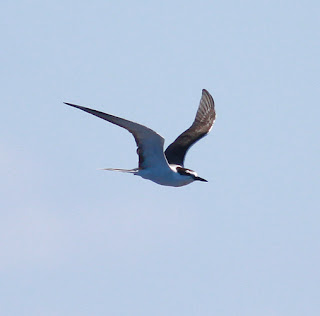 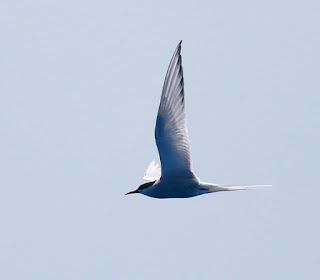 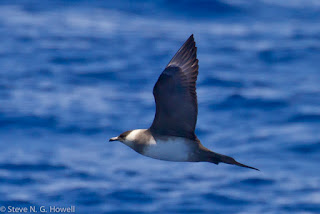 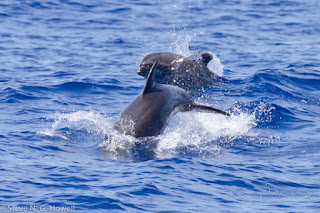 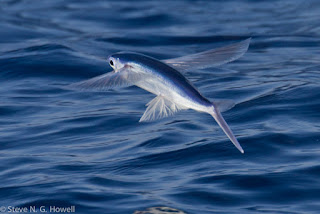