“What’s this?!!”
was the shout from the wheelhouse, only minutes after our arrival to the deep.
When Brian Patteson calls out “what’s this?”, you better pay attention. Odds are it’s something good.
You can also expect it to be a rhetorical question, and Brian quickly followed with
“Fea’s Petrel!! 11 o’clock coming in to the boat with a Great Shearwater!”
That was our wake-up call this morning.
On the way out over the shelf we’d already logged northbound Common Loons, an Arctic Tern, two Pomarine Jaegers and a Sooty Shearwater. So we were already plenty awake. The Fea’s Petrel just wired us up to a higher level of alertness that carried on through the day.
Warm water has crept well over the shelf this season, and well ahead of schedule we were seeing scattered sargassum, flying fish and a solitary man-o-war. Out in the deep, we quickly pulled in Mother Kate’s chickens, aka Wilson’s Storm-petrels, beckoned by our drifting slick of menhaden oil. And it wasn’t long before the Wilson’s were joined by a few other larger, longer-winged storm-petrels with bounding nighthawk-like flight – Leach’s! Later in the morning the call of “Band-rumped!!” went out, and into the afternoon we were treated by repeat visits of Band-rumped Storm-petrels to the slick, mostly adult “Grant’s” well into primary molt, but also a fresh-looking candidate for a juvenile “Grant’s.”
It was a good day for Black-capped Petrels – we tallied around 70 birds by the end of the day. A few birds even broke from their mid-day siesta time to pay visits to the boat. It’s always remarkable to see this rocketing gadfly in its element, to see that instant of motionless at the top of its arc, before it sets its wings to come back hurtling downward. Despite the numbers of this species we see in the Gulf Stream, we can’t forget the daunting conservation challenges it faces on its breeding grounds in Hispaniola (and elsewhere in the Caribbean??).

We ended our day in the deep accompanied by a nice looking adult dark Pomarine Jaeger, which tailed the boat among the un-concerned storm-petrels in the slick for over an hour, offering excellent opportunities to the photographers (and even iPhone videographers) onboard.

Thanks to everyone who joined us offshore today!  We had a very keen group and a wonderful day offshore!  A big thanks to Michael Lanzone, today was his last day helping us lead trips before heading home to Pennsylvania.  Big thanks as well to Dave Shoch & Bob Fogg who started with us today leading trips - they both contributed photos, and Dave did me a huge favor and took care of today's trip report!  (Kate) 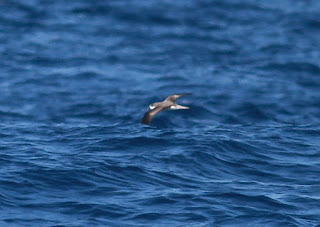 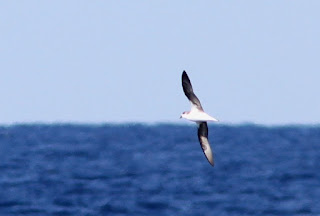 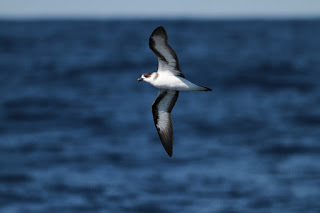 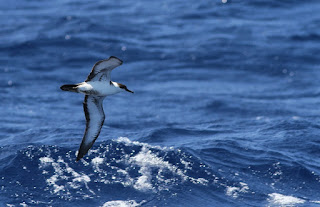 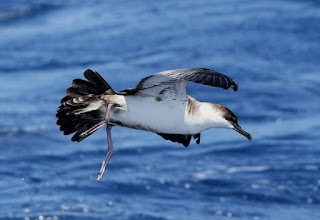 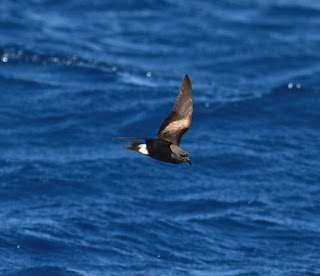 Our fresh looking candidate for a juvie "Grant's" (David Shoch) 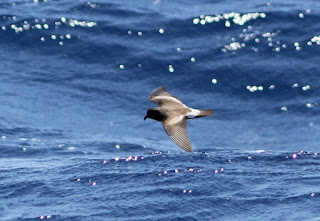 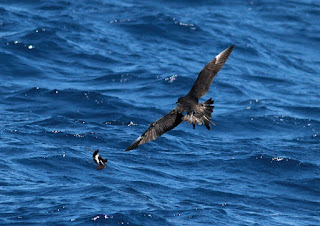